Pianist Chelsea Randall is known for her eclectic programming in which she explores the tensions and connections between old and new music, and advocates for underrepresented composers. You may know her as the co-founder and artistic director of EXTENSITY, a New York concert series that fosters connections across artistic disciplines with an emphasis on marginalized voices. In line with her broader artistic vision, Randall launched American Mavericks in June 2022 with a singular mission: to celebrate piano repertoire by Black American composers through a series of concerts and lectures. American Mavericks includes works by seldom performed 20th-century composers, as well as new solo repertoire by established and emerging artists. The next event will take place at Scholes Street Studio, on November 6, and will feature works by George Walker, Regina Harris Baiocchi, Dorothy Rudd Moore, Joyce Moorman, and Jonathan Bailey Holland.

What inspired you to create American Mavericks?

About eight years ago I picked up the scores for George Walker’s Five Piano Sonatas at the Performing Arts Library in New York after being turned on to a great recording of his Sonata for Cello and Piano, and wanting to learn more about his piano compositions. Despite knowing little about Walker at the time, beyond his status as a groundbreaking, Pulitzer Prize-winning composer, I felt an instant connection to his piano music — it was brimming with new sonic palettes, elegantly and economically written. This discovery shook something loose and inspired me to research and program more works by other great Black American composers.

American Mavericks is a culmination of this ongoing journey, and my attempt (by no means inclusive or exhaustive) to investigate a curated selection of piano works by Black composers who were historically marginalized and undervalued, and to celebrate the mavericks of today, who are torchbearers for the future of new music: Undine Smith Moore, Jonathan Bailey Holland, Tomeka Reid, Julius Eastman, Coleridge-Taylor Perkinson, Joyce Solomon Moorman, H. Leslie Adamans, Daniel Bernard Roumain, and many more. It’s impossible to understand the history of American classical music without understanding how Black American composers helped shape its sound and scope — where it comes from, who it connects to, and where it’s going.

The classical music world is slowly changing and becoming more inclusive, but we’ve got a long way to go. The ultimate goal shouldn’t be to spotlight any single group of composers by race, but, until we get there, this approach is still valid and needed. Like so many musicians who’ve gone through the rigid U.S. music conservatory system, I was exposed to a narrow repertoire, centered on the white male Western tradition, and any investigations into composers falling outside this tradition were relegated to “Independent Projects,” wholly apart from the main curriculum. Unfortunately, this myopic view is still pervasive even among “diversified” institutions and arts organizations, and only invites entropy, straying so far from the truth that music is an essential human need and means of connection. It’s up to the people behind the institutions to fully engage with issues of equity, social justice and diversity and take action toward seismic change; fully integrate Black art and artists in sensitive and responsible ways that eschew tokenization and simplification. Artists should also share this responsibility and find ways to involve the work of marginalized composers as part of their practice, whether it’s programming it, teaching it, or even just educating themselves.

This project was also inspired by the maverick artists in my own family: my late grandmother was one of the first Black women to receive a BM in piano performance from the University of Michigan, and although she was never able to pursue the career she desired because of the insurmountable barriers of racism, she doggedly pursued music throughout her life. My great-uncle Dudley Randall was a pioneering poet and founder of Broadside Press, the first major publisher in the U.S. of Black poets like Gwendolyn Brooks and Amiri Baraka. I so admire their uncompromising visions for their life’s work, against all odds.

American Mavericks is an ongoing performance, commissioning, and research project. Can you tell us about the role that research plays in your work?

Research has always played an important role in my career, due in large part to my interests in literature and poetry. I have a pretty interdisciplinary, non-traditional background: I majored in English as an undergrad, while pursuing the piano, and had stints working at editorial presses throughout my piano grad studies. My days of fugue-state researching and writing under deadline certainly helped me tackle the archival research for this project. Some of the repertoire I’m featuring has never been recorded or published, with little to no scholarly analysis available, so research has been a crucial tool in building informed interpretations. A composer’s remarks on a score, a note scribbled in a book, a letter to a friend, might open up a new perspective, even in small ways. In a broader sense, I aim to familiarize myself with the personal, historical and political context in which these women and men composed, and with the unimaginable struggles and hardships they faced as artists caught in a system that didn’t value or champion their work.

In performance, I try to contextualize the repertoire, so people can find points of entry, and research certainly plays a big role in that. I’m currently researching music by members of the NY Society for Black Composers (1968-1973) at Harlem’s Schomburg Library (an indispensable resource everyone should use) in preparation for a forthcoming concert on their music, and later this year I’ll be visiting the George Walker archives at Emory.

The piano works on the November 6 program are from a narrow timespan (1974-2000). Does this repertoire share much in common, or is there a wide range of aesthetics and styles?

Although the repertoire is from a relatively short timespan, I chose to program pieces that represent a spectrum of styles and approaches. I’m opening the concert with George Walker’s Guido’s Hand (1986), an overlooked suite of five pieces that bear all the Walker hallmarks: an airtight, economical style, punctuated with moments that feel almost improvisatory — crystalline descending runs evoking Art Tatum’s virtuosic style, and subtle nods to Duke Ellington’s hit “Satin Doll,” chopped and reimagined.

Next up is Dream and Variations (1974) by Dorothy Rudd Moore, who was a founder of the Society for Black Composers in NY. She composed stunning vocal and instrumental works, but her piano pieces (of which there are very few) are deserving of greater study. Dream and Variations is a monumental and, at times, unwieldly set of variations, swinging from nightmarish and “mischievous” (in Rudd’s words) bass chords and clusters to atmospheric passages recalling Scriabin or Seeger. It’s a fun piece to play, and gets you in a kind of fever-dream state that vacillates between madness and lull.

Joyce Solomon Moorman’s A Summer Afternoon in South Carolina (third movement, 1983) is a sparse, spiky piece, that recalls the torpor of a sweltering summer afternoon, leavened by moments of playfulness, and Regina Harris Baiocchi‘s Azuretta (2000) is her musical response to a debilitating stroke that her mentor, the great composer/pianist Hale Smith, suffered, which tragically rendered him mute and paralyzed. The music is full of beauty, sorrow and lush melody, interspersed with bursts of dissonance, and never fails to move an audience.

What has been the most exciting thing you have learned in working on American Mavericks so far?

This project is still in quite new (it launched in June ’22 with concerts in MA and CA), but many of these pieces have been in my repertoire, or roaming around in my head for years, so dedicating focused time and energy solely to this music has opened up so many avenues for investigation and made me grown as a musician. Nearly every day I make a new discovery, from listening to recordings and different interpretations and going down late-night research wormholes, to connecting with living composers and colleagues. Involving the work of young, emerging composers has been particularly rewarding, and I try to regularly keep up to date with organizations like The Kaufman Center, Wildflower Composers, and Sphinx, which all cultivate so many fiercely talented young composers. I’m also starting to commission composers whose work I’ve admired for years, so that’s incredibly exciting. And it’s been wonderful to share the project with live audiences and hear people’s perspectives and insights about how these works speak to them from different reference points and contexts, opening up new dialogues. Chelsea Randall–Photo courtesy of the artist

What’s on the horizon for American Mavericks beyond the November 6 concert?

This fall, I’m honored to be commissioning composers, including Baiocchi and Moorman, to write piano works inspired by leading Black poets. The pieces will be included on my debut recording (in the works!). In January I’ll bring the project to California for a mini-tour of pieces by women composers, capping off with a concert at Old First Concerts in San Francisco. In fall 2023 I’ll give lecture/recitals at Historically Black Colleges and Universities, including Howard University, and aim to bring the project to local NYC public schools and community music schools to educate young people about the work and achievements of Black American composers. In the future, I intend to bring collaborators onboard to broaden the horizons of the project with new perspectives and approaches, and expand commissioning opportunities for young composers. 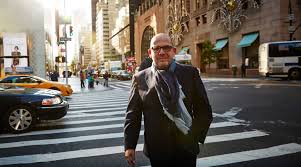