Conductor Gil Rose has spent his career championing contemporary music. From founding Boston Modern Orchestra Project (BMOP) in 1996 to Odyssey Opera in 2013, his contributions to promoting new music span over 86 recordings, five GRAMMY nominations, and much more. Now, his two ensembles are joining forces for As Told By: History, Race, and Justice on the Opera Stage, an ambitious project that will showcase five operas that depict the lives of prominent Black activists. In order to bring these important perspectives to an even larger audience, the operas will be recorded on Rose’s record label, BMOP/sound. The first recording of Anthony Davis‘ X: The Life and Times of Malcolm X will be available digitally on September 13, and you can pre-order the album on Bandcamp now.

Odyssey Opera was founded 17 years after your first ensemble, Boston Modern Orchestra Project. What did you hope Odyssey Opera would add to the musical community in Boston?

BMOP and Odyssey Opera have very different missions but a common dedication to exploration. For BMOP, that dedication manifests itself in the performing and recording of today’s best composers, and the rediscovery of forgotten American composers and works of the last 100 years. For Odyssey Opera that same dedication is present without the temporal or geographic restrictions. Odyssey’s mission encompasses all eras and styles of opera with the focus being on under-appreciated (and unfairly forgotten) repertoire. Offerings range from Grand Opera rediscoveries like Wagner’s Rienzi and Saint-Saën’s Henry VIII, to new works like Thomas Adès’ Powder her Face and Tobias Picker’s Fantastic Mr. Fox, as well as revivals from the opera comique tradition and opera seria.  At Odyssey Opera, the offerings will always be something you won’t see any place else.  The composers you may know, but the works will hopefully come as a revelation. A great example of that philosophy can be seen in our return to live performance next month with Troika: the complete operas of Sergei Rachmaninoff, featuring one of the world’s favorite composers whose operas remain almost completely unknown. Odyssey exists to redress situations like this and take its audience on new journeys and to “new ports of call,” providing unique operatic experiences for the public.

You’ve been an advocate for innovative programming for both orchestral and operatic repertoire. How has your experience varied working in these two different settings?

I think that the expectations for what is regarded as “innovative” is different in the orchestra and the opera worlds. Putting on an opera involves a lot of moving parts, and each of those parts could be made “innovative” in its own right. You could have a traditional opera with an “innovative” staging (this is the most common manifestation of innovation these days, but more about that in a bit). Or you can have “innovative” music, an “innovative” concept, or an “innovative” message. There is no shortage of ways to “innovate” in opera, it seems. Unfortunately, the term “innovative” has generally come to mean either creating something totally new or recasting something old in a new way. The latter is often done with the intent to be clever or to create a sensation. Usually, these re-inventions are more about the director or producer than about the author or the work itself. To me, this thinking misses the point about what draws people to opera in the first place.

The way forward for opera is to have the past and future walk side by side, with each informing the other and engaging the public in meaningful ways.

With Odyssey, I always think of the composer and librettist as the first director and try to stay true to the spirit of their vision. That’s not to say that you can’t or shouldn’t interpret a work. For me, it is only effective (and productive) if I am expanding and enhancing the composer’s vision, but I do not believe in de-constructing it to make a point that was never intended. It seems that innovation in opera has now come to mean that opera can only survive if the most popular works are presented in new and different ways.  To me, this is a dead-end approach, and it doesn’t show any real innovation at all. Instead of recasting operas in ways they were not originally conceived, I try to program works that give us a better understanding of what the history of opera is and demonstrate the richness of its tapestry. I believe that this is the way to make opera vital and healthier into the future. The way forward for opera is to have the past and future walk side by side, with each informing the other and engaging the public in meaningful ways.

By its very nature, the orchestra world’s innovation is simpler. The idea of an orchestra as we know it today has only been around for 150 years, whereas opera is fast approaching its 500th anniversary. The idea of playing mostly old music (as orchestras do now) is a 75-year-old habit that I think should be broken.  For me, the key is not to ignore the past but more fully present all the amazing music that has gone into storage alongside new works and masterworks. I think that the key for both opera and orchestral performance is not to see innovation as something that breaks from the traditional, but actually as something that embraces the totality of the art form in all its amazing repertoire: old, recently old, and brand new.

Why was it important for you to establish an independent record label, BMOP/sound, to record contemporary works?

Recordings have always been a passion for me. It started innocently enough with record collecting in junior high school, then part-time jobs in record stores and then, ultimately, way too many LPs, CDs and not enough shelf space! I think I was always moving toward making recordings. I grew up in a small rural town, so live concert experiences were few and far between. I learned about performance and the history of music from recordings. Still to this day, recordings are a constant fascination and I’m always learning new things. With BMOP’s goal of exploring, preserving and disseminating repertoire to the widest possible audience, recording is a natural fit. That symbiosis has created one of the largest recording catalogues independently created by a performing ensemble. If you think of it in relation to organizational size, BMOP/sound is the most successfully run orchestra label in the world. This dedication to recording has gone hand in glove with BMOP’s growth and helped sustain its very existence through 25 years.

The reality of making a group like BMOP, which does not fit the traditional models of how orchestras or even new music operate — the work necessitated that we fill a niche to be viable. I think that the closest model for what BMOP is doing with its recording activities is the Louisville First Edition recordings of the 50s, 60s, and 70s. The Louisville Orchestra was a regional orchestra that succeeded in having an international impact by commissioning recordings and running its own label. If you run a small organization (by orchestra standards) with big ambitions, recordings offer you an oversized platform. Because orchestras (by their very nature) are expensive, and because new music (by its very nature) attracts a small audience, the financial ratio of investment to live audience member doesn’t make a lot of sense. Seventy players performing a new piece one time for an audience of 500 is not a sustainable business model, but with recordings the potential audience goes from 500 in a concert hall to potentially tens of thousands all around the world. Recording is a great way for a lean and mean organization to get the most bang for its buck. Recording helps us realize artistic goals, keeps us sustainable economically, and gives us a unique role in the music world. Plus, I love making records.

Your new project As Told By depicts the lives of monumental Black leaders. How do you think the operatic medium contributes to telling their stories?

Opera does a few things really well — one of which is the ability to tell stories that require a big canvas. Even now, as people compose operas about contemporary subjects, we still see a fascination with portraying history. This was true from the beginning of opera and through all its stylistic eras, and contemporary opera is no different.

The five operas of As Told By were chosen because they all tell a great story and shed light on a historical personality. In that sense, these works are very traditional operas. They all explore historical figures who struggled in complex times. Whether it’s Anthony Davis’ X: The Life and Times of Malcolm X, Ulysses Kay’s Frederick Douglass, or the other operas in the series, these characters are larger than life but also have compelling inner lives. The stories are enhanced and informed by each of the composers and their unique take on composition and storytelling. Each opera will transport audiences to a certain time and place with many rich details. In a sense, these operas are new, but they are all rather traditional in their approach to the integration of music and narrative. As Told By will also bring educational programs to Boston public schools in partnership with Castle of Our Skins. What do you hope students take away from this experience?

The educational programs linked with the As Told By operas will reach many Boston public school students over the five-year program. Each year, in addition to creating a deeper understanding of the protagonists of the story, the program will adapt and try to make use of some of the unique qualities of the particular opera for that year. For example, Anthony Davis’ X: The Life and Times of Malcolm X integrates improvisation and jazz styles into the opera. These elements are part of the curriculum for the educational program. In Nkeiru Okoye’s Harriet Tubman: When I Crossed the Line to Freedom, the sounds and musical styles of the Civil War South are front and center. Our hope is that this kind of integration helps create a deeper and broader experience for the students and will ultimately foster a love of opera in the students who participate. 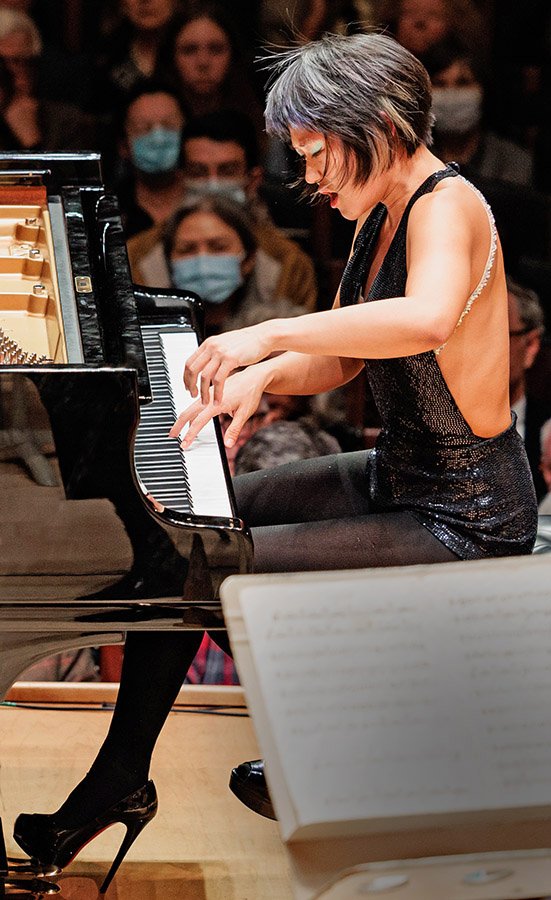