Kati Agócs is an award-winning composer from Newfoundland, Canada, who currently serves on the composition faculty at New England Conservatory. Her body of work speaks to a profound relationship with lyricism and atmosphere; although tonality and orchestration have their own consistencies in her compositions, the biggest throughline is her ability to write beautiful, yet unexpected melodies. Her compositions can be virtuosic, but they are often more concerned with creating and resolving dramatic tension, which makes the listening experience extremely cathartic.

Agócs has completed two concerto commissions since 2018, and her third, Transluminescence, will premiere on Feb. 1 at the Centennial Concert Hall in Winnipeg with Nicolas Namoradze (piano), Daniel Raiskin (conductor), and the Winnipeg Symphony Orchestra. The work was commissioned by the Esther Honens Piano Competition for Namoradze (2018 Honens Prize Laureate), and was written in memory of Bruce McKinnon (1974-2007).

Transluminescence is your third concerto. What about this specific genre appeals to you as an artist?

Only a concerto brings together solo writing and writing for orchestra. I’ve collaborated closely with soloists in solo and chamber works to develop specific approaches to their instruments; I’ve also written a lot for orchestra — for me it is the ultimate medium. Merging these two creates an experience that engages all of us — the composer, the soloist, the conductor, the orchestra, and the audience.

Bringing the history and tradition of the concerto genre into the present day presents many opportunities. The original intention of a concerto was to show off the virtuosity of the soloist. The piano concerto genre is special because the piano can be an equal match to the orchestra. In the case of my piano concerto, virtuosity is not the main starting point. Although the genesis of the commission in a competition might suggest heightened virtuosity, there are layers that go beyond this, which I’ll address later.

To what extent is the process of writing a concerto collaborative for you?

My goal is to celebrate the solo instrument and to push the envelope the right amount in terms of what is possible to play. Toward this end, I work one-on-one with the soloist that I am writing for. The process might involve hearing them play my first ideas live soon after I sketch them, read-throughs of the entire part when it is more evolved, or even having a reading with orchestra — a rare luxury. I consult with other players as well to hear an alternate point of view.

For Transluminescence, Nicolas and I met frequently between Germany and Boston with him playing through the initial ideas for me over Zoom. He then came over to my house and read through a draft. I was utterly, viscerally overwhelmed hearing the solo part played live for the first time! Later, Nicolas visited the New England Conservatory, where I teach, and I sat at the back of one of the halls while he did a full run-through. Listening that way, I could imagine how the piano would blend and balance with the orchestra. Fairly late in the process, we did another full run-through over Zoom; this helped me to refine weights, densities, and pacing in both the piano and the orchestra parts. Since Nicolas is a composer, we discussed compositional decisions, and I believe that our collaboration influenced the harmonic language of the piece. Throughout this process, it is important for the composer to become a vessel — to stay open to something unexpected entering that one hasn’t thought of before.

Being fortunate to work with great soloists on my concertos has changed the way that I hear for their instrument by suggesting articulative or timbral aspects that I might not have thought of otherwise. If I get it right, they want to play it more, because it makes them sound good. So it’s a win-win.

As composers and players, we are all at an exciting time right now. The level of the playing rises with each new generation. When Berio wrote his Sequenze, only a handful of people could play them. Solo pieces of mine commissioned by friends 15 years ago, such as Every Lover is a Warrior (harp) and As Biddeth thy Tongue (saxophone) — which only one person could play at the time — have now become competition pieces, and young players all over the country are learning them.

Writing a concerto requires a composer to think about the orchestra, the conductor, and the soloist. How has your process of working within those parameters changed over time?

When I was first starting out as a composer, I had many orchestral readings. I wrote for every reading that I possibly could. Those early works were ambitious and experimental. In writing for orchestra, I’ve become much more disciplined and certain of what I am going to hear, but I also want to retain the spirit of those first readings.

It’s important to consider the conductor’s experience and what they need from a practical standpoint to hold the piece together. This informs how I notate. I consult with conductor friends, and sometimes conduct through myself.

Concertos traditionally ask the soloist to interpret a relatively strict set of musical instructions, but the pianist dictates when and how Transluminescence concludes. Can you speak to creating a balance between the freedom of performers and your own musical vision in this context?

Transluminescence ends with the pianist playing a transfigured version of the work’s opening chords, and the soloist deciding when and how the piece should end. Cyclic in nature, it retains the traditional three-movement concerto form, but as the movements flow together without pause, this creates a more immersive architecture. The opening chord progression is picked up and varied throughout all three movements. The first movement is ceremonial, with a dialogue between soloist and orchestra that intensifies as it unfolds; the second is meditative, reaching into pellucid and fragile areas of both vulnerability and strength; and the third is a perpetual motion refrain which builds to an apotheosis. So, the act of letting the pianist take over with an “open form” section comes at the end of a 20-minute metanarrative.

The decision to do this came rather late in the process. This work was written in memory of a friend who died young.  I was with him near the very end. We talked about what was going to happen, but I was not able to fully face it at the time. Writing this piece forced me now to come face-to-face with my own mortality. Giving the soloist the harmonies from earlier in the piece, and allowing him to dictate when to end it and how, was a way of giving the soloist agency — a symbolic gesture.

This brings us into the realm of the sacred — things that are unseen. How you can sense that the memory of someone is there with you, without any tangible sign. How someone can go on influencing you through “energy” alone. Sacred music is the reason that I began writing concert music in the first place, and it is always at the core of my art. In this piece, I confront the question of how to be spiritual without being explicitly religious. When we think of repertoire from Liszt through Ives, there are qualities of resonance of the piano, the purity of sonority, and the timbral range that lend themselves to the metaphysical.

The title Transluminescence means “that which allows light to shine through.” For me, this piece is about allowing that influence — musically, spiritually — about being a conduit, or about surrendering to something bigger than me.

Do you have any other upcoming premieres or concerts you’d like to mention?

Right before this premiere, the Kalamazoo Symphony will perform my Horn Concerto with James Sommerville as soloist. They are one of a consortium of five orchestras in the U.S. and Canada who co-commissioned this work. In April, Third Sound ensemble and vocalist Lucy Dhegrae will reprise my cantata Voices of the Immaculate — originally written for my portrait concert in 2021 at Miller Theatre in New York — with the Philadelphia Chamber Music Society. The New England Conservatory Philharmonia recently performed Perpetual Summer, a work for large orchestra with amplified string sextet. Besides bringing aspects of the Baroque concerto grosso into the large orchestra, this work deals with environmental issues, something that I’m very passionate about in my work mentoring younger generations of composers, and also as the parent of an 11-year-old. Perpetual Summer at NEC was informed by a performance culture that serves the genesis of new music — a true symbiosis between composers and performers. I hear this every day as I walk through the halls. Over my 15 years on the composition faculty, it is a joy to mentor young composers, many of whom have gone on to illustrious careers of their own. Working with the NEC student orchestra, I was blown away by the way that they invested completely in the score. When I wrote Perpetual Summer, 12 years ago, I could never have imagined the speed in which the subject would have gained so much urgency. 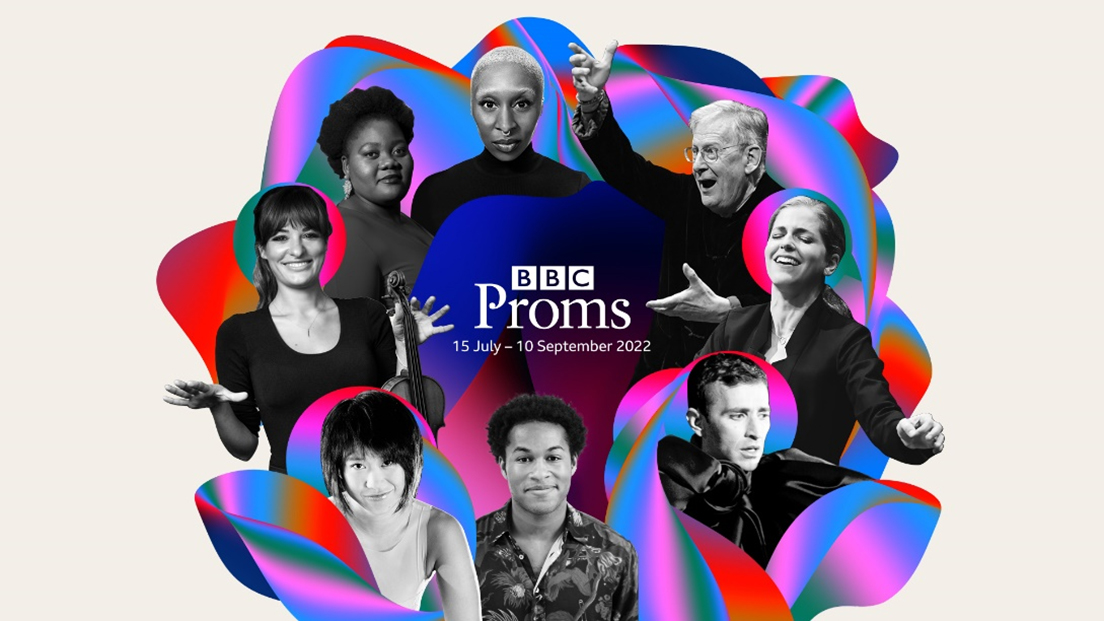 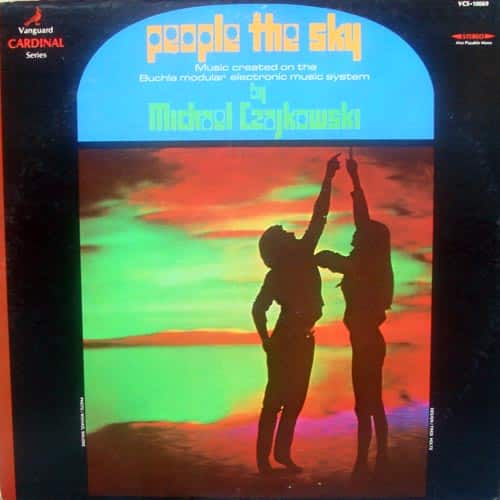 A Juilliard avant-gardist dies at 82 – SlippediscSlippedisc
Share
Previous Music: Dunsin Oyekan – Who Is on the Lord’s Side ft. Mercy Chinwo
Next US Mass Shootings in 2023