This is the ANAM Chamber Music Festival. It’s a chance for skilled early career performers to show Australia what they’ve been working towards — and a chance for you to watch. The concerts will take place from 25-26 November, starting in the Heart of Bohemia before Crossing the Atlantic, moving into Remembrance and wrapping up with A Soiree in Vienna. It’s going to be grand, but also intense for its starring players. That’s why we wanted to chat with a couple of the musicians who will feature in ANAM ensembles with their friends, all mentored by the brightest in the industry.

In this interview, we catch up with Alex Allan (pictured above) who will play oboe in multiple works over the course of the festival weekend. Alex completed her arts degree with First Class Honours from the University of Western Australia, picking up a wealth of scholarships and prizes before heading over to ANAM to further her studies. She’s a casual muso with the Adelaide Symphony Orchestra, and performs with the major ones in WA too. She’s a big fan of chamber music, so you’ll see her passion shine through in the festival.

Alex, you’re seriously making the most of the ANAM Chamber Music Festival — you’re playing a bunch of music! What’s it been like to prepare for being involved in such a big festival?

It’s a little chaotic at times! An education in scheduling as well as in chamber playing. Partly, that’s because there’s a lot of involved parties. It feels like these works are being shaped by many hands, including the musicians, faculty, and our peers in various coachings and classes. So it’s been quite a collaborative process, which generates a bit of a buzz around the place.

You’re playing Zelenka’s Trio Sonata No. 6 in F Major, and Poulenc’s Sextet — two very different pieces, with very different configurations of instruments. Tell us how you’ve been getting into the ‘zone’ for each work, and switching between them.

They are starkly different pieces! From an oboistic perspective, it’s almost like playing two distinct instruments; Zelenka wrote for the baroque oboe, which was like a glorified recorder, allowing the player to whiz around intricate passages without difficulty. But on the resistant modern instrument, the work involves some serious physical and mental conditioning — it’s a demanding piece.

On the other hand, the Poulenc is very idiomatic for the ensemble and sits beautifully on the oboe. Poulenc had a real penchant for wind timbres, and was a gifted melodist, so it’s enjoyable to play.

Simply put, I find the Zelenka requires an academic approach, while the Poulenc demands a more instinctive and emotive approach, appealing respectively to head and heart. Two completely different mindsets.

The Poulenc is performed with one of the larger chamber ensembles around — six players. How would you describe the dynamic in an ensemble of players that’s a little too small to require a conductor, but large enough for everyone to voice their opinions on how the music should be played?

Chamber music can be an exercise in diplomacy! We’ve been playing together […] since the beginning of the year, so we understand how to relate to each other with not much tiptoeing required. There’s often a perception that too many cooks in the kitchen slows discussion down and dilutes the musical intention. But I find that it promotes efficiency, with six pairs of ears diagnosing problems and working to solve them.

The fact that we all come from different backgrounds and perspectives helps more than hinders; we each listen with a unique lens. Where we have a multiplicity of opinions, we diplomatically try our options and find what works best. The surfeit of ideas is infinitely preferable to a shortage, and keeps our rehearsals interesting.

This sextet is so lively — how do you inject the spirit and sometimes comedy into this music as you play?

When we play the Poulenc, I really get the sense of why chamber music is so often described as a conversation between friends. It feels like six friends arguing, lamenting, and laughing together. Each instrument brings its own palette of possibilities, which beautifully mirrors each player also inserting their own voice into the piece.

I feel with Poulenc that there’s nothing flippant about his orchestration; when he writes a line for the oboe, he’s entrusting it to the oboist to imbue it with a specific character. So, when I interject with that line, I’m always conscious of bringing something unique to the group sound and adding to the conversation.

I think this individuation within the whole is what makes the piece vibrate with such personality and spirit.

In contrast, how would you describe the Zelenka, and what did you learn about this music through the process of rehearsing?

The six Zelenka trio sonatas are well known amongst double reed players, but the name Zelenka doesn’t come up very often otherwise. In the 1970s, they were unearthed and subsequently recorded by German oboist Heinz Holliger. My teacher, who learnt from Holliger, describes hearing him perform them as a revelatory experience, completely transforming his conception of oboe playing. I can understand why – this sonata has an incredible freshness and vitality to it. It feels radical and almost anachronistic – Zelenka is very exploratory when it comes to harmony, so it’s often hard to tell if we’ve got wrong notes printed, or he really wanted a crunch!

The faster movements are incredibly virtuosic, with dazzling flashes of passage-work. In the slow movements, the two oboes engage in close antiphonal dialogue, creating beautifully taut suspensions. Generally, it’s very tightly composed and full of detail, so it’s required a lot of unpicking and teasing out in rehearsals.

What has been special to you about working with your fellow ANAM Musicians to present your own festival from the ground up?

There are so many joyful moments in this process: when someone nails a virtuosic passage. When we try something radical. When a section clicks for the first time. Or even when we completely fall apart. It’s rewarding two-fold: in preparing for a festival like this, we are gradually getting to know these works as well as getting to know each other better and better.

Because each piece in the festival is so unique and significant in the repertoire, and our preparation is largely self-directed, it feels like we are each responsible for bringing a masterwork to life. Every work has the potential to quietly move, stimulate discussion, and provoke thought. It’s buoying to know that if we really commit ourselves to these works, we have the potential to create some really memorable performances.

Watch Alex Allan perform in multiple concerts at the ANAM Chamber Music Festival. Visit the ANAM website to explore the full program of events from 25-26 November in Abbotsford Convent.

READ NEXT: Aditya Bhat is going to perform in the ANAM Chamber Music Festival. 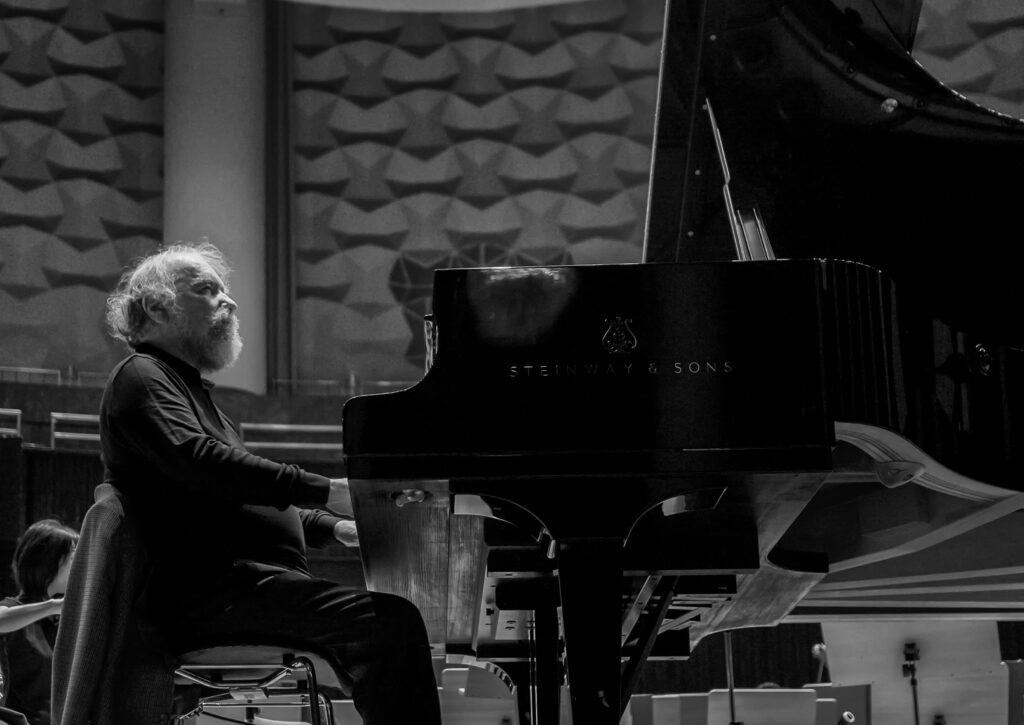