On his new album, Just Me and My Friend(s), Charlie Barath uses blues as a building block to paint a musical canvas that covers a wide swath of distinctly American music. From Appalachian acoustic and country, to old-timey and western swing, this album is a showcase for the range of his songwriting and harmonica skills.

“I was exposed to a lot of classic country because that’s what my old man listened to in the car when I was growing up (near Wheeling, WV). I didn’t like it at the time, but the seeds were sown – they just took a while to grow. When I started playing harp, I played everything I could. Most harp players naturally gravitate to the blues but, pretty early on, I saw that if 1 wanted to have work I needed to play everything; which was fine with me because I like a lot of different styles of music. The real ‘light bulb’ moment for me was when I realized that if I truly wanted to make music, I had to start singing and fronting my own band. So I did. I love traditional blues, there’s something about the feel and the emotion that can’t be beat, but I also love western swing and a wide range of other traditional music styles. This is my first complete, full-length, record (I released a couple EPs a few years ago), and this time around I’ve really tried to focus on songwriting.”

Just Me and My Friend(s) has been almost three years in the making, but the time taken for precision has helped Barath deal a winning hand on all of the album’s 17 tracks, 16 of which are originals. You might think an array of rhythm sections dictated by the needs of each particular song and a cadre of guests on everything from pedal steel to tuba, would lead to disarray, but it’s just the opposite; Barath executes his vision with hyper-focus and the songs are all made stronger as they line up back-to-back. From field hollers to honky tonk and almost all points in between, Just Me and My Friend(s) starts with the blues, stretches out, and never looks back. 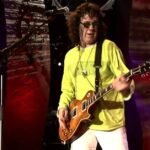 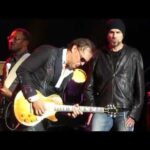