Andreas Brandal – Not A Triangle

A symphony exploded. Fragmented sound pieces travel outwards in unconnected paths. What was once experienced in focused accord has been uniquely transformed. A string, horn or chime heard in obtuse angles. Single moments of tone have been stretched into new form then compacted into sonic glitches. These individual aural galaxies push outward, some crossing paths creating static pressure. Others traveling peacefully without interference, lulling new ears with contemplative question on their origins.

Not A Triangle defies easy description. Eight tracks so rich with timbre and consideration, listening is like hearing a three dimensional laser scan. Thoughts move around these sonic peaks and valleys, becoming wise to the clarity and depth the smallest tones holds. Andreas Brandal has perfected the mysteriously beautiful. Harmonies resting on the other side, so close their breath warms the consciousness. When we loose this connection, Not A Triangle becomes distant and alien. But with each listen, the congruity grows more sturdy. The overwhelming dissonance dissolves in a maelstrom of creative aural current. Not A Triangle is a modern Eno and Hassell’s Fourth World, Vol. 1: Possible Musics. A beauty for some now and a treasure for those who find it later.

Released on Flophouse in an edition of thirty seven. There are multiple different individual covers for Not A Triangle. There is also an extra track on the cassette not included in the digital. This would be the track titled “Reclaiming a Formula Outside Habitual Movement” which Andreas Brandal has added a video for on his website. (Below) 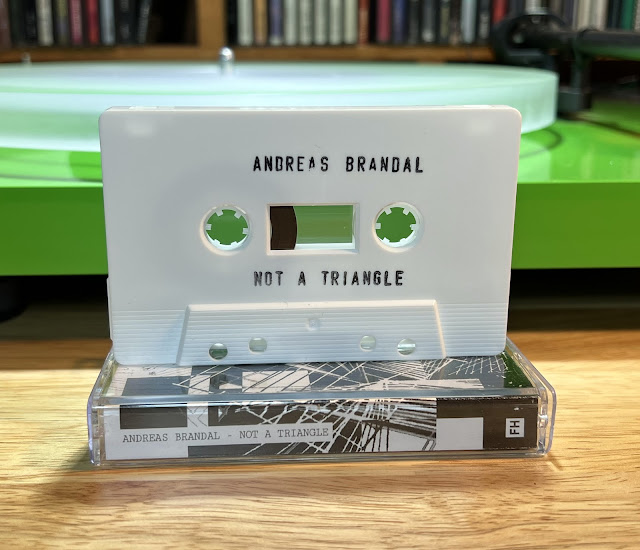 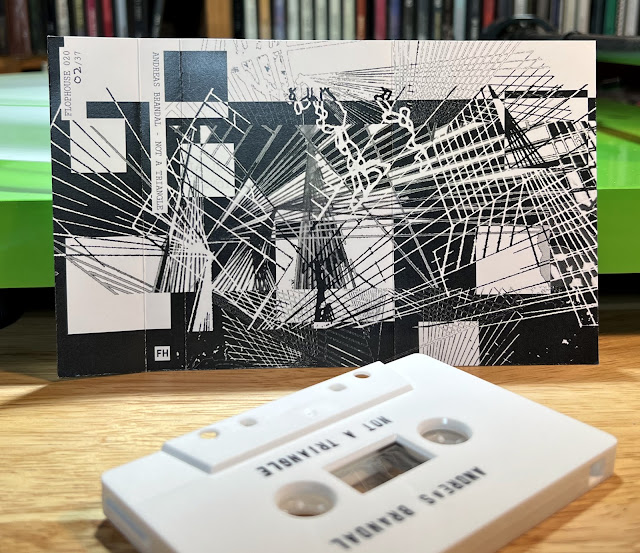 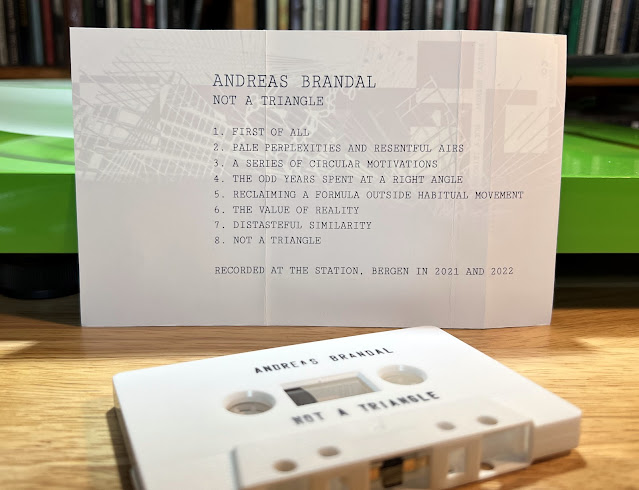 Copies are currently available from the Flophouse bandcamp page.