Atonement at the End of Autumn

Amid the lengthening December shadows, and less than a week from the year’s longest night, the Fermata Chamber Soloists shone within the historic polychromed sanctuary of the Church of the Covenant last Friday night. But rather than shy away from wintry ambience, they surrounded the audience with four poignant, somber, scenes, exploring loss and meditation leading to atonement. Soprano Theodora Nestorova and cellist Alex Fowler performed with pathos and sincerity, supported by the keen attention and dedication of their string-playing collaborators.

Founded by violinists Thomas Cooper and Nicholas Stewart in 2018, Fermata Chamber Soloists presents chamber concerts in the Boston area which celebrate the value and importance of live music as an inviting and fulfilling collective experience. Cooper explained that Friday’s concert exemplified classical music’s purposes beyond being “pretty.” With the titular theme of “Atonement,” the four pieces of the evening were indeed quite melancholy in character.

Soprano Theodora Nestorova introduced Ottorino Respighi’s Il Tramonto for soprano and string quartet. In 1914, Respighi set Percy Bysshe Shelley’s 1816 poem “The Sunset” in an Italian translation by Roberto Ascoli. The poem depicts how a youthful couple’s tender love is shattered by the young man’s death; the lady’s grief lasts the rest of her life. Nestorova described Il Tramonto as a piece not for voice and quartet, but as an almost operatic melodrama with five voices in counterpoint   . Violinists Thomas Cooper and Sophia Bernitz, violist Lisa Sung, and cellist Linda Hwang joined Nestorova.

The strings began gently, setting a pastoral scene. Throughout, each of the four string players performed several soloistic passages with confidence and presence. Nestorova began, her voice ringing clearly in the resonant sanctuary. Whether sorrowful or sweet, she always projected with clarity. In company with her voice, the strings rose as well, with a judicious balance. All five were singing. The music journeyed from scenes of idyllic love to the darker tones of lifelong mourning. Nestorova’s voice perhaps could have found a little more variance in tone color — but Shelley’s poem describes a quiet, steadfast grief within which the woman lives for the remaining decades of her life. In Shelley’s words, it is a “kind of madness” that she survives her bereavement, rather than succumbing to her pain. In that way, then, this dramatic consistency fit the text; she depicted silent lament rather than wild anguish. A beautiful high note on “pace” (“peace”) — the consonant almost absent — particularly elevated the final moments.

John Tavener’s Akhmatova Songs for Soprano and Cello gave a welcome surprise, having been absent from promotional materials. Tavener set the six songs to poems which Russian poet Anna Akhmatova wrote during the Soviet era. Cellist Alex Fowler joined Nestorova in a slithering duet, as the two voices made their way among the wide echoes of the church sanctuary. At times they called to each other in dialogue; at others the soprano found a soliloquy upon a drone in the cello. Several scenes proceeded —mystery, sorrow, innocence, loneliness— a fragile intimacy running through them all.

The somewhat introverted interpretation felt appropriate for Akhmatova’s enigmatic texts. Nestorova’s voice reverberated with a chilling timbre, and Fowler harmonized with an earnest gravity. Towards the end I was impressed by a set of thirds in the cello, with the soprano voice gracefully gliding atop. A haunting presentation of words and tones.

As a minor note: though the two vocal pieces of the first half had a strong impact on the audience, they were in Italian and Russian respectively, and no printed translation was distributed. I quickly searched for texts and English translations online during the performance, which elevated my immersion in the pieces. But I worry that the lack of ease of access to the translations may have hampered the audience’s understanding. Still, even without words to read, the sounds of the voice and strings moved us deeply.

A chamber-sized string orchestra came onstage after intermission to support Fowler as soloist. Arvo Pärt’s Fratres. Written in 1977, Fratres exemplifies Pärt’s minimalist style, featuring a set of variations upon a repeating theme for violin and orchestra. Fowler made the arrangement for cello and string orchestra.

Fowler began with virtuosic bariolage, crossing all four strings with ebbing and flowing energy. The ensemble chimed in, with the orchestra’s first cellist and bassist acting as percussion to punctuate the start of each new section — a pair of claves in the first cello, and a deep percussive hit on the body of the bass. (I was happily surprised by these doublings.) A ritual-like mood filled the sanctuary with a sacred air. Each iteration of the theme unfurled with different figurations and affects. Some more boldness of presence in the various dramatic characters may have helped, but an unbroken solemnity nevertheless informed the flow of variations. Towards the end we heard a lovely vibrato on the artificial harmonics. Though some high notes or harmonics in the piece occasionally faltered, Fowler played with great control of sound, free of scratches or blemishes — calm, poised, and sacred.

Max Bruch’s Kol Nidre (Adagio on 2 Hebrew Melodies for Cello and Orchestra) proceeded attacca. The protestant composer famously set an ancient Jewish Kol Nidrei melody, usually chanted by the cantor on Yom Kippur – the Day of Atonement – for cello and orchestra and in other versions, tonight for cello and strings. It provided the impetus for Fowler’s first full-throated, Romantic singing of the night. His beautiful vibrato rang throughout the hall, oscillating like a voice faltering in utterances of grief, of sincere penance. The conductorless ensemble did not always achieve tight unison, especially in some of the recitative-like passages. Overall, though, the orchestra supported Fowler with sensitive communication between the soloist and concertmaster Sophia Szokolay. After an initial expression of sorrow, a section in major followed, kind and consoling. The entrance of the harp brightened the scene with wonderful presence, like a gentleness or a lenience revealed. Fowler’s clear tones always shone through the choir of strings, with great balance between soloist and orchestra. Kol Nidrei concluded in peaceful repose, with a kind forgiveness.

The evening found its way through loss and repentance into comforting brightness. Nestorova’s voice resonated with genuine sensitivity and profound love; Fowler enlightened the sanctuary with polished gravity and soothing warmth. I’ll give a special note of appreciation for the arrangement of the selections. The keys traveled from E major in the Respighi to somewhat indeterminate centers in the Tavener, to an ambiguous A major with shades of D minor in the Part, and finally, in the Bruch, from D minor to D major. This tonal journey added a subtle satisfaction to the night. Dramatically, the concert’s conceptual throughline flowed wonderfully between love and spirituality.

In his introduction, Cooper promised that it was alright if our minds wandered. But he suggested that we also consider: “Why did my mind wander in this way?” A wide array of vivid pictures could have lived within the colors of the voices of Nestorova, Fowler, and their string-playing partners: love, love lost, goodness remembered and imagined, deep introspections for wrongs committed, plaintive pleas for forgiveness or reconsideration, and, perhaps, acceptance. Marcel Proust once wrote of madeleines and sonatas conjuring long-past memories of summers and church windows. Among the year-stained Tiffany windows of the Church of the Covenant, surrounded by the dulcet tones of voices and strings, surely many rich times and images reappeared to us in the final strains of a rainy Boston autumn.

The Fermata Chamber Soloists have two upcoming concerts: in March, Romantic, featuring works of Coleridge-Taylor and Brahms; and in May, Aurora, featuring music by Richter and Vaughan Williams.

Julian Gau is a Boston-based conductor, currently pursuing a master’s degree in orchestral conducting at the Boston Conservatory. He serves as founder and conductor of the Horizon Ensemble, and resident conductor of the Chinese Music Ensemble of New York. He holds degrees in music and mathematics from Brown University. 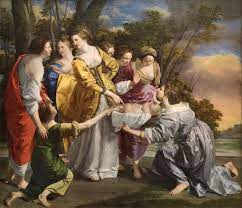 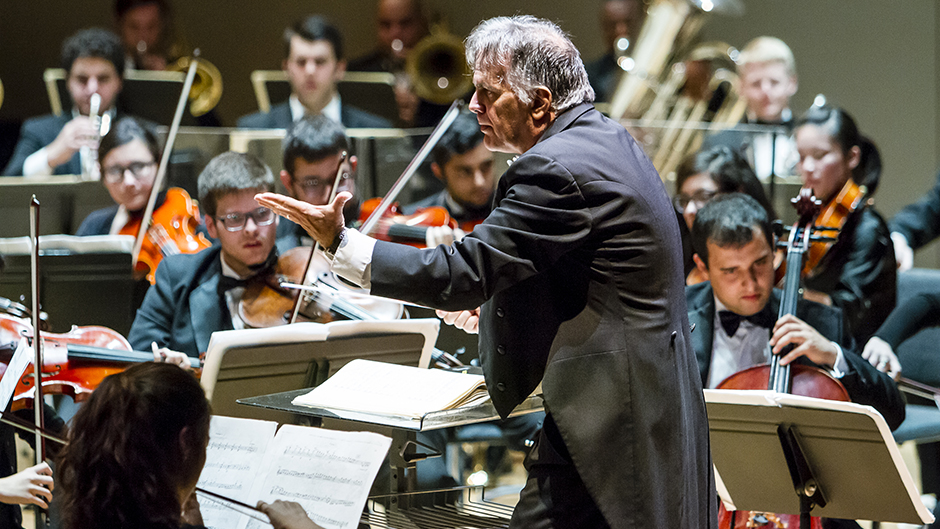 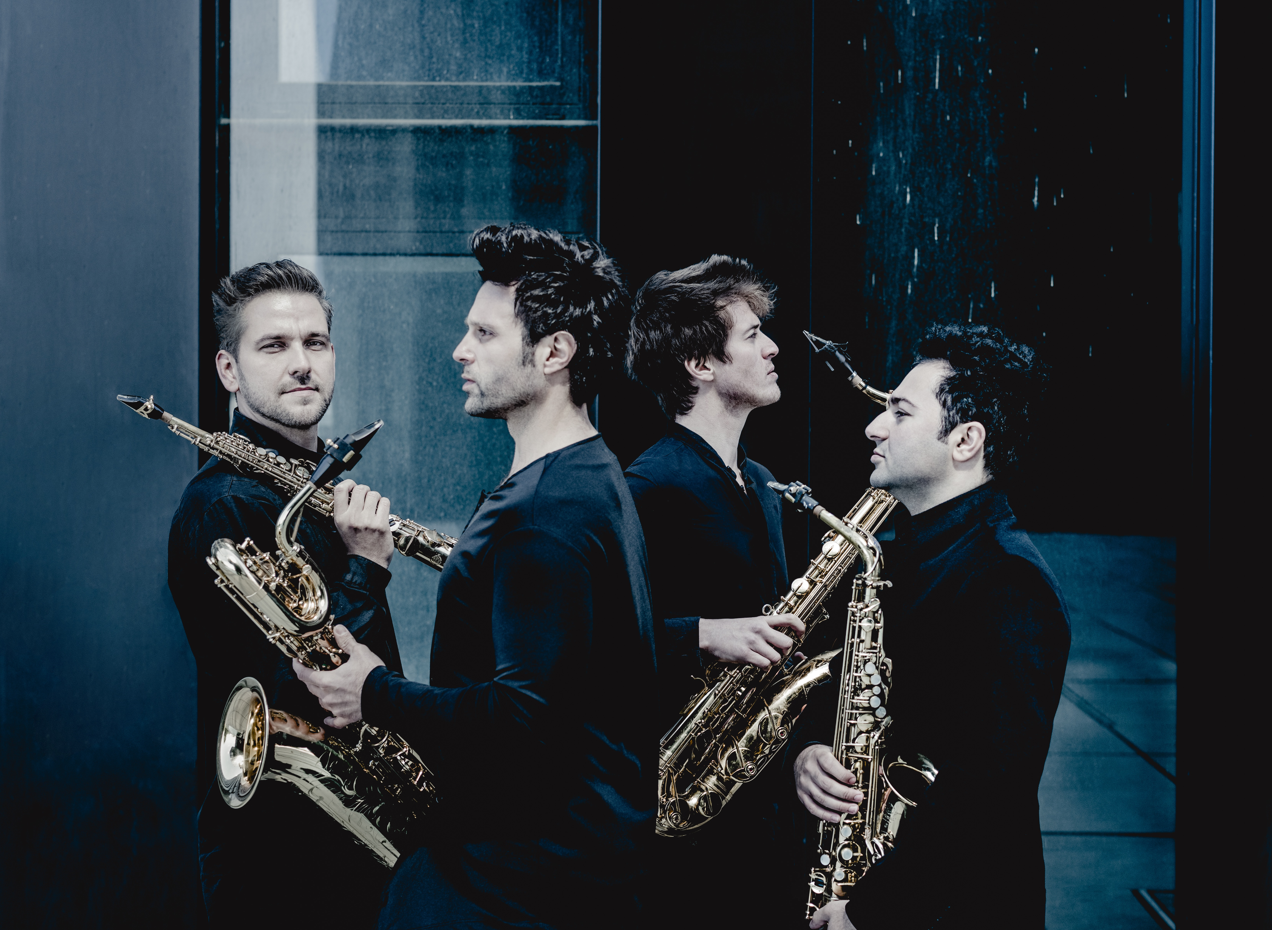