Currently touring to packed houses all over the world, and due to make his debut at Glyndebourne as Iris in Handel’s Semele, Venezuelan sopranist Samuel Mariño is fast emerging as an international superstar, and with good reason. Having trained at the National Conservatory of Caracas and the Conservatoire de Paris, he has sold over two million copies of his album Sopranista since signing with Decca just a few months ago, and it is clear that Mariño has not only a charisma that appeals to audiences, but also a prodigious musical talent and unique musical instrument that grabs people’s attention and makes an instant impression both in musical and visual terms through his gender-bending persona.

Fresh from a triumphant performance a few days ago in Sydney’s City Recital Hall, it was Melbourne’s turn to experience this extraordinary artist, who is touring with the irrepressible Paul Dyer and the wonderful Australian Brandenburg Orchestra.

For many years, Dyer and the ABO have championed some outstanding high male voices, who may otherwise have struggled to be heard in mainstream opera seasons in this country, and we should be thankful for it. Internationally revered countertenors such as Andreas Scholl and Philippe Jaroussky, and local artists such as the late Max Riebl (who was tragically taken from us far too soon earlier this year following a brave battle with brain cancer), have all enjoyed memorable and successful collaborations with the ABO, and have proved to be popular with the Brandenburg’s Sydney and Melbourne audiences. Once again, Dyer has chosen to showcase a voice of extraordinary beauty and technical virtuosity, but this time rather than another traditional countertenor, we are treated to an even rarer voice, a male soprano (known as a “sopranist”) – a voice which shares the same high range as the more commonly-heard female soprano, but one which produces an intriguingly different listening experience.

Mariño describes his own voice as “a light lyric soprano, with a bit of coloratura”. At just 28 he is still relatively young, but his personal journey as an artist has been a long and challenging one compared to many others. In his own message to the audience, he tells of being teased and abused as a boy, and from his initial training as a ballet dancer and pianist he has suffered from homophobic treatment, which in his words led him to feel “lonely, lost and very sad”.

None of that sadness was on display at this performance, with a handsome and extroverted young man clearly enjoying the opportunity to sing (and occasionally dance) for a loving audience, keen to show their love, and revelling in the chance to do so in some Haute Couture not usually associated with early music concerts.

Proceedings began with suitable theatrical flourish from Artistic Director Paul Dyer, who infused his players with positive energy and led them through a spirited account of Vivaldi’s Concerto for Stringsin G Major, RV 146 with its two syncopated violin parts pitted contrapuntally against each other above a chromatically descending bass line, perfectly enshrining the idea of contest that is inherent in the idea of a Baroque string concerto. Displaying an impressive range of dynamics from the very start, the period band of strings played with impressive vivacity, and beautiful restraint in the slower Andante movement, allowing the intelligent and elegant continuo playing of Tommie Anderson (Theorbo) and Nicholas Pollack (Baroque guitar) to shine through.

The concerto having served as a dramatic “curtain raiser”, Mariño then took to the stage in a tightly-fitting hot pink/crimson red PVC suit, set off by an array of silver zippers, a black sheer vest, black leather fingerless gloves and an impressively high-heeled pair of platform shoes. With a smile that lit up the room, he launched into Vivaldi’s motet In furore iustissimae irae, RV 626in a fury of righteous anger, demonstrating the technical precision of his instrument with an athletic virtuosity and impressive breath control in the fiery first movement, but also displaying a real fragility and emotional contrast in the heart-achingly beautiful recitative that follows. In many ways this opening work displayed the strengths and weaknesses of the Venezuelan’s voice: crystalline purity of tone, impeccably clean coloratura, rhythmic virility, beautiful intonation and an impish charm all abundant, but at times a lower register that struggled to project, even with such sensitive and supportive playing from the ABO strings, and Dyer’s minimalist and unobtrusive approach to the organ continuo part.

A highlight was the beautiful second aria, Tunc meus fletus, its unhurried lines adorned with fine embellishments over the violins of concertmaster Shaun Lee-Chen and Ben Dollman.

Following a scene from Act 3 of Satorio’s L’Orfeo,which provided a perfect vehicle for Mariño to thrill with a series of elegant trills and chromatic runs, and for oboist Adam Masters to share the vocal solos, we heard Meleagro’s aria “Care selve” from Handel’s pastoral opera Atalanta HWV 35featuring a beautiful sotto voce cadenza from the radiant sopranist.

The final item before interval came in the form of Handel’s fiery aria Quella fiamma from the opera Arminio. Performed with a fair dose of camp theatricality, which saw an imitative dialogue between the vocal soloist and the Baroque oboe of Adam Masters turn into a bit of comedy routine, this lively aria again demonstrated the vocal range and agility of the softly spoken Mariño, as well as his flair for spontaneous dance moves and the odd shimmy! It was very clear that he was in a safe place with Dyer and the ABO and he was obviously revelling in it.

After the interval, proceedings once again began with an Italian concerto, this time in the form of the first movement of Verona born Evaristo Dall’Abaco’s Concerto a piu instrumentiin D Major, Op.5 No. 6, which featured both the impressive harpsichord playing of Dyer, and the refined solos of concertmaster Shaun Lee-Chen on violin.

Arias followed by Porpora, and perhaps the best-known item of the entire program in the form of Orfeo’s aria Che farò senza Euridice? from Gluck’s opera Le feste d’Apollo, Atto d’Orfeo, Wq 38. Reappearing on stage dressed in a sheer mesh tank top, tight flared black pants adorned with a low slung diamante belt sparkling in all the colours of the rainbow and six-inch silver stillettos, Mariño continued to demonstrate a solid technical ability and an ethereal timbre, but rarely letting rip vocally or emotionally to really penetrate the orchestra.

That dramatic intensity perhaps lacking at times earlier on in the concert finally became more evident in Johann Adolf Hasse’s fiery Serenata Morte col fiero aspetto from Antonio e Cleopatra, when Mariño finally unleashed his full voice, and it was exciting. In many ways he saved his best singing for last, with his spectacular coloratura on display, great breath control, excellent intonation and impeccably clean melisma all making for some memorable music-making.

Another couple of extravagant costume changes, coupled with an unusually restless stage manner, which saw Mariño literally spinning and shimmying his way through another aria from Handel’s Atalanta, definitely made this unique artist’s recital stand out from more traditional performances. Some of the more demanding arias had him dancing along, negotiating lightning fast trills and letting go of several fortissimo high C’s with a smile, seemingly in his own happy place and clearly loving the chance to share his music with a receptive audience. To my ear, these extreme high notes were not always necessary, as they lacked the lustre of the rest of the voice and didn’t really impress as much as the more controlled bird-like singing that was this singer’s strength.

As a final gesture of thanks to the crowd, we heard two encore: a heartfelt and simple rendition of Caccini’s famous Amarilli, mia bella, accompanied delicately by the ever-reliable Theorbo and Lute of Tommie Anderson and Nicholas Pollock, and finally an aria from Cesare e Cleopatra by Carl Heinrich Graun.

Whether or not you are a fan of high male singers, or your taste in stage attire is as flamboyant as this young Venezuelan sopranist, Samuel Mariño is clearly a gifted musician and a born performer. He is a generous artist and clearly enjoys sharing his love of singing with all who are fortunate enough to hear him, sharing a bit of glitter and dance along the way. And in these testing times, that cannot be a bad thing, especially for the sometimes all too serious world of Early Music performance. 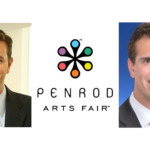 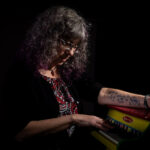 After Decades in Boston, Marti Epstein is Still Chasing the Psychic Beauty of the Plains

August by name, not by nature. – The Naxos Blog
Share
Previous Bman’s Blues Report: Bywater Call – Remain
Next A Gateway to the Kosmische  – Avant Music News