“Mercy” brings us the sound of Redfern welding a hard blues/rock verse to a high-altitude chorus that’s primed to make the song a hit. His confidence and identity are stronger than ever before and both are evident in all that Redfern does. His voice is gritty and satisfying and his guitar work is crisp, loud, and melodic. He has a strong overall presence in the performance-based music video for the tune as well that’s engaging and rocking. “Mercy” is another smash from one of the best players out there right now. Turn it up!

Kicking off with a vintage slide riff that sounds like it came straight off a beat-up 45 rpm single, “Mercy” is expertly laid down by drummer Paul Stewart (The Feeling) and bass guitarist Dave Marks, creating a thunderous backdrop for Troy’s grinding, Les Paul guitar fretboard fireworks. Themes of love gone bad permeates this haunting blues rocker, building up to one of Troy’s most explosive guitar solos to date.

Download/Stream the album and “Mercy” Here

“My goal was to make a record that was a true representation of where I am right now as an artist,” says Redfern. “I wanted to create something in the spirit of the old school classic rock albums that I grew up listening to.”

Troy Redfern is an innovative and entertaining blues/rock slide player who has been making waves for a while now. He’s released six albums in less than two years and has become a familiar presence on the international roots music scene. He plays an overdriven slide guitar that’s tough, articulate, and capable of blowing up any house in the world. He wrote all of the material on The Wings of Salvation in a mere five weeks, a feat that speaks of his intuitive grasp of the creative process and makes this new set a true snapshot of where Redfern currently is as an artist. “Wings” off his new album is his most explosive yet.

Carving out a name for himself by relentlessly touring and blazing a trail across the main stage festival circuits in the UK, Europe, Scandinavia, and Russia, and sharing the stage with the likes of Robert Plant and Dr Feelgood, Troy has worked tirelessly to build a strong following of diehard fans who gravitate towards his passionately honest, ﬁery performances and visceral slide guitar playing.

In the last twelve months Troy has completed four full UK tours garnering an overwhelming response from music critics, reviewers, and fans alike. He has toured with Robert Jon & The Wreck, the Quireboys, The Sweet, DARE, and When Rivers Meet. 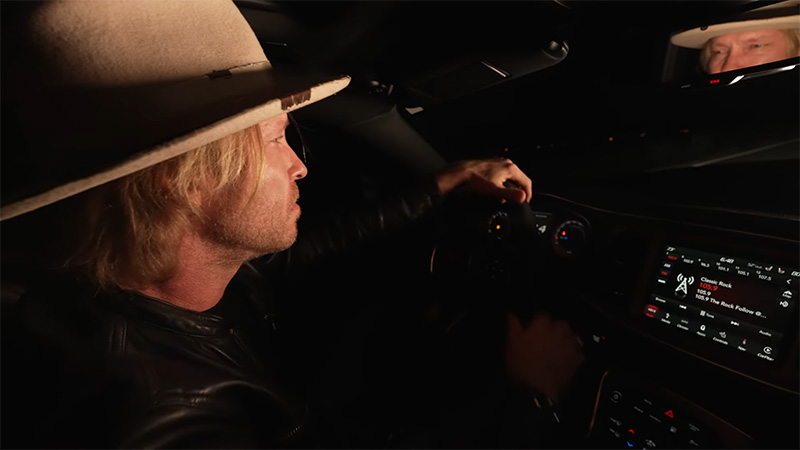