The last time i wrote about Australian composer Brett Dean was exploring his response to the music of J. S. Bach, as part of The Brandenburg Project. This time it’s Beethoven’s music that Dean is responding to, in his orchestral work Testament, which has recently been released in a performance by the Bavarian State Orchestra conducted by Vladimir Jurowski. Yet while the piece does fleetingly reference musical material by Beethoven (specifically his String Quartet No. 7, the first ‘Rasumovsky’ quartet), it responds more to the composer’s words and experiences, as described in the famous Heiligenstadt Testament, where Beethoven described the despair he felt due to his ever-worsening deafness. As such, Dean’s Testament (originally composed in 2002 for 12 violas – Dean’s former colleagues in the Berlin Philharmonic – and reworked for a Classical-sized orchestra in 2008) is therefore as much about the man as the music, a character study that taps into his emotions and temperament.

Dean finds an analogue for frustration and futility through use of bows without rosin, used in the opening of the work where the rapid material they’re evidently attempting to articulate emerges eerily muted, all the more uncomfortable due to the apparent effort behind the players’ actions. Notes occasionally blurt out, seemingly involuntarily, and the buzzing activity roams through the registers with an air of desperation, weak phrases spiralling outwards as it continues. As if through sheer bloody-mindedness, the strings manage to force out accents, at which point the strain seems to overcome them, falling back to barely audible momentum except for some vestigial high falling tones.

Rather than simply try again, the orchestra opts for something lyrical (a sudden moment of clarity), though this also reduces to quiet wavering, and a strong sense of solemnity starts to take over as the rapidity drains away, the music now rather plaintive. Yet Dean keeps the orchestra restive, and for several more minutes there’s a kind of impatient treading water, a succession of repetitive pitches, pizzicatos, faint notes and low growls begging the question more and more urgently about where on earth the music really wants to be going. Everything sounds poised.

A series of strong melodic quotations from Beethoven act as a catalyst, soon leading to a second half that becomes abruptly boisterous, overflowing with energy and barely-contained aggression, and even when the piece treads water again later on (shortly after a piccolo has let rip), even more than before there’s the distinct sense of serious quantities of power just below the surface. Though melody was the catalyst it finally becomes forgotten in the rhythmic impetus that’s by now driving Testament, bringing with it a descent into forceful tutti poundings, ending up stuck in a series of grooves. It’s as if the orchestra gets caught in spiralling outbursts, hammering out accents with half-mad desperation and rage. Though softer, the conclusion is no less incensed, still locked in place, letting loose a wild volley of flute accents, bubbling over with intensity until the very last moment.

The work is appropriately paired here with a performance of Beethoven’s Symphony No. 2. As with Dean’s contribution to The Brandenburg Project, where his piece preceded the Bach, the same is true on this album, and it makes for a fascinating listening experience, all the more so considering that Beethoven composed the Second Symphony at exactly the same time and place as his Heiligenstadt Testament. What we hear is something akin to two sides of the same person: Dean hinting at the desperation and dread tormenting the composer, Beethoven himself rising above these demons to create a symphony filled with joy and élan. The fact that, as with the Dean, it’s a live recording cuts both ways. On the one hand, it’s certainly not the best performance of Beethoven 2 out there (personally, i’ve never heard better than Karajan’s 1960 recording with the Berlin Philharmonic).

On the other hand, it’s a nonetheless superbly convincing performance that digs deep into the work’s broad dynamic contrasts and shapes them in distinctive ways. The Trio, in particular, is remarkable in the way Jurowski yanks back the tempo from the Scherzo to transform it into a much more introspective music. Yet it’s the first and last movements that impress most, especially the first, taken here almost recklessly fast, which in the wake of Dean’s Testament gives the impression that the orchestra now has something to prove. Several times it sounds as if the piece could come completely off the rails (the start of the exposition repeat is a hazardous moment), but in the end the orchestra’s ebullience is matched by a palpable sense of unity. The same is true in the finale, which is practically over before you even realise it’s got going.

i’ve often written disparagingly about composers endlessly requested to write pieces that ‘respond’ to existing music, but Brett Dean’s Testament goes beyond that simplistic conceit and teases out something much more meaningful, offering insights into a complex, damaged composer who both channelled and overcame his fears and anguish to create music that, over two centuries, still sounds positively white hot.

Released on the Bayerische Staatsoper label, Testament / Symphony No. 2 is available on CD and download. 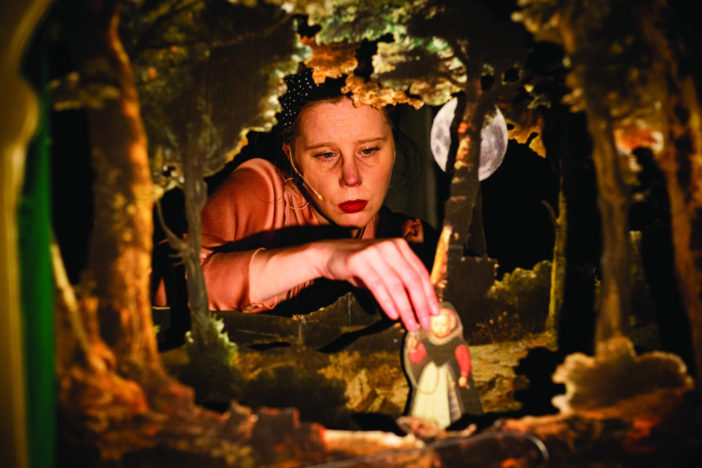