The BSO subscription season begins this Thursday night with a lively and celebratory program HERE which finds the orchestra toasting itself through a namesake overture by John Williams, finding its place within the Planets, and showcasing the debut of pianist Awadagin Pratt in Bach’s Concerto in A Major and in Rounds, for piano and string orchestra, a new work written for him by the young Jessie Montgomery [the orchestra included her Starburst in a 2020 “American Promise”-themed program HERE]. A review on these pages noted how the 55-year-old Pratt  delivered “old-master richness” and compared him to Horowitz and Richter. We had some questions for him.

Pratt became the first African American to win the Naumburg International Piano Competition. That achievement launched an active performing career (including appearances with numerous American orchestras and for the Clinton White House and Obama White House), as a recording artist, and as a professor of piano at the University of Cincinnati College-Conservatory of Music. Recent projects include the multimedia presentation “Awadagin Pratt: Black in America” which chronicles his life, including unpleasant encounters with law enforcement as a young man. He talked with us at length and rewardingly.

FLE: So where did the name Awadagin come from?

AW: My father was from Sierra Leone.

As of late, you’ve been talking a little about your roots, but more about your personal experiences of racism. Apparently you were arrested while running late to class at Peabody…while Black.

I was running late to a class and stopped and questioned by an officer who assumed I was running away after the commission of a crime. I objected to the stop because there was no reason to stop me and because when my friends were stopped, they were asked if they were okay. There had been a recent Supreme Court decision that summer that it was not a violation of any laws, or criminal in any way to curse at a police officer. . . so I did.

I was arrested, charged with disorderly conduct, and spent a night in jail.   Peabody gave me the best defense firm in town, and the offer from the District Attorney’s office was they would drop the charges if I would forgo any claims of false arrest. Security guards were going to be my witnesses, but the one who did show up arrived after I agreed to the plea deal.

I did a podcast on those experiences called “Awadagin Pratt: Black in America” which resides on my Art of the Piano website, and since doing that in 2020, I’ve been asked to perform it. I hadn’t really talk about my experiences extensively or publicly until after the police murdered George Floyd. And so at that point with continued discussions or allusions to the criminality of the victims of this kind of police violence, I realized I need to tell the people in my orbit — audience members, donors, colleagues, students — that these kind of interactions with the police happen to all Black Americans, not just to criminals or those with loose attachments to criminality.  I happen to be in a station in life where people will listen to what I have to say

It’s too bad that you can’t give the talk to police departments, and particularly in Baltimore, and not just preach to the choir as Davóne Tines did before an audience of the converted at the Loeb Drama Center in Cambridge a few years back in his own show about police brutality against blacks. [reviewed HERE]

I gave the performance at Peabody Conservatory a couple weeks ago, as well as at University of Illinois where these first stops were, but the fact is that it happens all over the country, and I don’t agree that performing to an upper-middle-class Cambridge audience is preaching to the choir. A couple of years ago, the only place outside of Kentucky that I was called the N-word on the street was in Cambridge.  As well, Henry Lewis Gates was arrested on his doorstep.

Let’s move on to your BSO appearance beginning this Friday. Jessie Montgomery’s Rounds, for piano and string orchestra.

We met playing chamber music when Jessie was in the Catalyst Quartet.  She was at that point beginning to contemplate a pivot to full-time composition and I just thought she was really intelligent, interesting, and a powerful and compelling musician, and that if I ever had the opportunity to have her write a piece for me I would.

And did you put together the joint commissioning group?

It’s most gratifying to get a score and know it’s going to be really beautiful and really affecting. What has been most touching is that it really does reach people. There’s a kind of a pulsating energy current through the piece which frames a middle section of otherworldly beauty. After the first performance, which was in Hilton Head, an orchestra member told me “my mom has never cried in a concert before, and she cried during that piece.” In other orchestras, players and audience members also told me how that they thought it the most beautiful thing they’d ever heard. Knowing that what I saw on the page initially is actually translating to people is powerfully satisfying to me. I think it’s different if it’s something that has been proved over a hundred or 200 years to be moving. It’s just another whole other thing to have something that was just written also move people.

The quoted excerpt ends with an epigram about dance:

Are listeners supposed to be aware of the poetry while listening?

It doesn’t take long to read and there’s no literal relationship between the poetry and the music, but one can hear the influence.

For sure the outer parts dance. The middle part is maybe a slow dance in a contemplative space; that’s the Still Point.

How did you decide to pair it with the Bach Piano Concerto in A Major?

The Maestro asked if I had a preference for any one of the Bach concertos. I’ve recorded the A Major with string quartet along with Brandenburg 5 and the F Minor Bach concerto. Ultimately we agreed to the A Major.

I think I’ve only played it one time with the full orchestra maybe twice, but it’s been quite a long time. Anyway, I do my own figured bass and it’ll be interesting to hear it with the BSO strings. 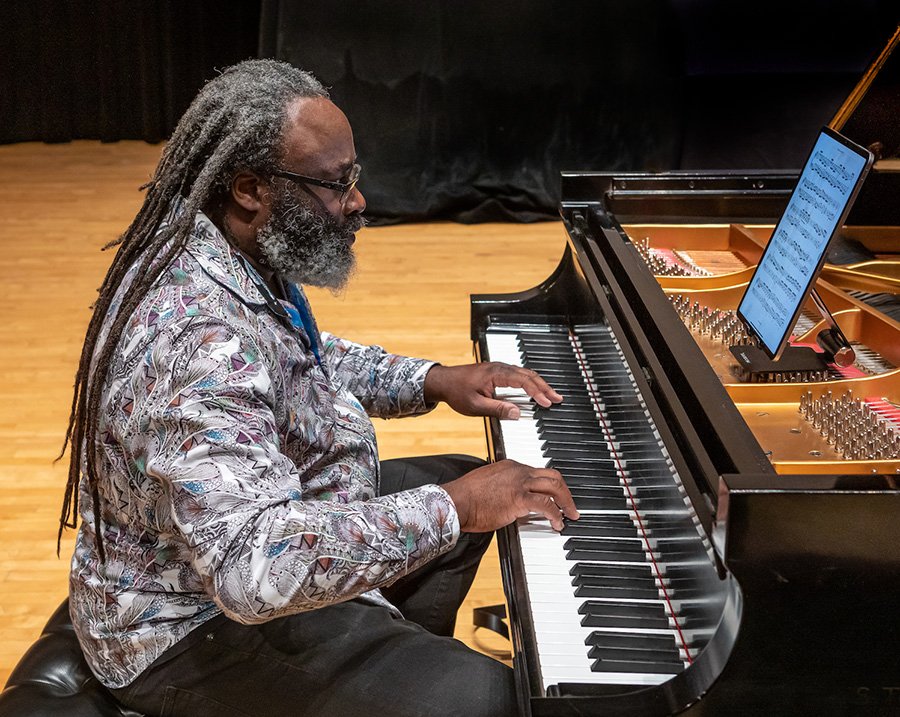 I mean do you ever double up on bass the way Busoni often did in his Bach.

Not in that sense. Maybe there’s one little spot in the second movement where I do, but you wouldn’t notice. It’s in a register that still exists on the harpsichord. I just take it down a bit. I love those Busoni arrangements, and I recorded some, but I’m not doing anything like that next week.

Do you have strong feelings about how much dynamic and rhythmic freedom to allow yourself in playing Bach?

Strong feelings?  I don’t know, but I do engage in certain agogic tempo fluctuations particularly around cadences, and certainly I do a moderate amount of my own embellishments and ornamentation.,

With a reasonably generous legato on a big modern Steinway?

Well, it will be a Yamaha CFX, and mostly in the slow movement. The rest is a little bit more detaché.

Bringing Bach to the modern piano and a modern, orchestra is a daring thing to do in early-music Boston, but I applaud you for doing it because it’s indestructible music. Bach can be done so many different ways.

Yes I guess, but I hadn’t considered that…

But maybe that’s because the BSO doesn’t do Bach very often other than the Passions periodically. They often get called out from other groups who think they own these works. There’s every reason to revive Stokowski Bach occasionally.

It’s great music and belongs to everyone.

Anyway, you’re gonna take Rounds all over the country?

Yes, I just recorded it with A Far Cry and then there are about other 12 other performances this season.

Do you have solo recitals coming up? I noticed two rave reviews in BMInt, both from the estimable Piano Masters Series piano master series at BoCo-Berklee.

Yeah. I think they both were there. The last one was about a week before the shutdown, March of 2020.  I went from Boston to Northern Ireland and then came back and everything was shut down. So, that was my last performance in the US for quite a while.

Anyway, I’m playing recitals in the spring; it’s mostly Montgomery this fall, though I have a Mozart concerto in Santa Rosa the week after this. I’m actually doing a fun concert with Simone Dinnerstein in which we play Bach concertos for multiple keyboards. We’ve done one of those at the Miller Theater at Columbia and we also did one in Worcester, and we have another one coming up at Miller in December.

By the way, our reviewer said you looked like Liszt in dreadlocks. 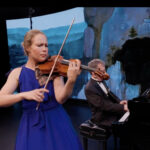 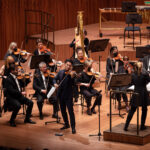 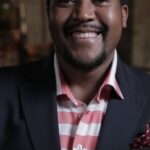