Carlos Santana To Keep Rockin’ In 2023 At House Of Blues

Carlos Santana To Keep Rockin’ in 2023
At House Of Blues Las Vegas
An Intimate Evening with Santana: Greatest Hits Live:
Presented by SiriusXM

Carlos Santana is selling out shows at the House of Blues Las Vegas inside Mandalay Bay Resort and Casino. After a health issue (heat exhaustion) that caused the legendary guitarist to cancel a few tour dates in July, Carlos is back and rocking Las Vegas! With plans to continue well into 2023, new shows are announced through the end of May 2023 for An Intimate Evening with Santana: Greatest Hits Live: Presented by SiriusXM. Tickets for the new dates go on sale Saturday. The residency, rockin’ the House of Blues stage for 10 years now, features unparalleled dynamic energy from Carlos and his band and is a must-see concert experience for fans of the award-winning artist.

Tickets for the newly added dates go on sale to the general public Saturday, Sept. 24 at 10 a.m. All shows are scheduled to begin at 8 p.m.

The popular VIP packages will be available for purchase with customizable experiences that include limited edition photos and specialty food and beverage packages featuring stage-side dining.

Tickets for An Intimate Evening with Santana: Greatest Hits Live: Presented by SiriusXM at The House of Blues start at $99.50, not including applicable fees. Tickets are available by visiting House Of Blues website here  and Mandalay Bay here  and Ticketmaster here or by calling 800-745-3000. For additional information, visit santana.com. Fan Club and CITI pre-sales begin Wednesday, Sept. 21 at 10 a.m., visit CitiPrivatePass.com for more information. CITI is the official credit card of the concert series. The House of Blues, Live Nation, MGM Rewards, Ticketmaster, and Foundation Room pre-sales begin Thursday, Sept. 22 at 10 a.m.

A portion of proceeds from all tickets sold benefits The Milagro Foundation. Milagro (“Miracle”) is a charitable foundation supporting underrepresented and vulnerable children and youth in the areas of arts, education and health. The Milagro Foundation was created in 1998 by Carlos Santana and his family to benefit children worldwide.

About Carlos Santana
For more than five decades – from Santana’s earliest days as a groundbreaking Afro-Latin-blues-rock fusion outfit in San Francisco – Carlos Santana has been the visionary force behind artistry that transcends musical genres and generational, cultural and geographical boundaries. To date, Santana has won ten GRAMMY Awards and three Latin GRAMMY Awards, with a record-tying nine GRAMMYs for a single project for 1999’s Supernatural (including Album of the Year and Record of the Year for “Smooth”). He has received the Billboard Century Award (1996), was ushered into the Rock and Roll Hall of Fame (1998), received the Billboard Latin Music Awards’ Lifetime Achievement honor (2009), and was the recipient of the Kennedy Center Honors Award (2013). 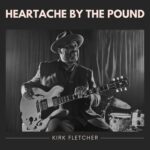 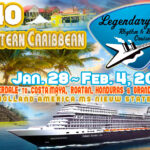