Classical Music’s Racial Awakening – Was It All a Mirage?

Until very recently, the long-established tradition of classical music organizations has been to base their programming on music of the Western European canon. From small chamber music series to large performing arts venues, most programming has centered around works and artists that are “bankable” with audience members. Perhaps we would see a piece or two by an underrepresented composer, or a separate series that presented artists of color. But still, those moments felt rare within the general landscape of the performing arts.

The racial awakening after the killing of George Floyd in 2020 sparked a knee-jerk reaction among white arts organizations to program underrepresented composers and performers. And with venues closed due to Covid, and no concert seats to fill, why not take a “risk” and present a virtual concert of works by Jessie Montgomery, Carlos Simon, or William Grant Still? What’s the harm?

But why did it take a brutal police killing and a global pandemic for presenters to start programming musicians of color on their series? And now, two years later, where do we stand?

I am a professional flutist who almost didn’t become one due to a lack of role models. Even though my classes were diverse, my extracurricular activities alternated between ballet, flute lessons, and Jack and Jill of America, a membership organization of mothers with children ages 2-19 dedicated to nurturing future African-American leaders. I never thought that being a professional musician was something someone like me could do.

As a young freelancer in New York in the early 2000s, I rarely encountered other instrumentalists who looked like me. My first professional encounter with a Black composer wasn’t until I worked with David Sanford and the New York-based ensemble Speculum Musicae in 2008. I played his piece, Dogma 74, and completely identified with it. David’s music is both serious and playful, taking elements of jazz improvisation and modernism and fusing them in a lively yet virtuosic style that is unique and accessible. The work is imbued with sonorities reminiscent of avant-garde jazz and playful improvisation, and it brought back the music I listened to throughout college: Miles Davis, John Coltrane, and Cecil Taylor.

More people deserve to have this experience of identifying with the music on our classical music stages. But despite the recent influx of diverse programming by influential arts organizations, the field remains overwhelmingly white. In The Roots of White Supremacy in the Arts, Benjamen Douglas addresses the concept of “whiteness as property” – the assumption that, when we speak of “the arts” as a genre,  we are referring to Euro-centric traditions and repertoire. These gatekeeping practices manifest as the folks at the top of the food chain making inherently exclusive programming and funding decisions based on concepts such as “quality,” “marketability,” and “name recognition.” As a result, classical music organizations look to composers and performers who support rather than challenge the “white by default” ideology. An example is a recent study by the Helicon Collaborative, which showed that most arts funding is controlled by and allocated to large, white organizations.

In 2002, Okwui Enwezor became the first Black Artistic Director of the German-based global art festival documenta for their 11th edition. Reflecting on Enwezor’s leadership, art historians Anthony Garner and Charles Green declared that documenta 11 “relentlessly challenged North Atlantic hegemony over the definition of contemporary art.” In New Music Decolonization in Eight Difficult Steps, George Lewis asks, “Surely there is no reason why festivals and other important institutions that support contemporary music could not do the same [as documenta 11]. Why don’t they do it?”

The answer often given by arts organizations is that they are indebted to their donors and audience base. Without annual donations by loyal patrons and season ticket holders, there isn’t funding to support the events that sustain and give life to a city’s community. The fear of alienating the traditionally majority white audience base drives many programming decisions, favoring Ludwig van Beethoven over Adolphus Hailstork.

So what is the path forward?

Performing arts spaces must be saturated with music by diverse composers and performers, but we cannot do this in a performative way. Curating a special concert in February to celebrate Black History Month will not cut it. We can gain so much by offering more varied perspectives on our stages. Increasing the number of people of color in our spaces allows us to broaden our repertoire and discover new works that lift us, move us to tears, surprise us, and inspire all the other emotions that come with the beauty of live performance. And perhaps most importantly, more diverse performers and composers on stage will bring more people of color to our audiences. Institutions must commit to embracing diverse composers and performers, provide space for new opportunities, and lead the way toward cultivating a more inclusive audience.

This past year saw venues starting to program works by artists who didn’t receive the recognition they deserved when they were alive. The works of Samuel Coleridge-Taylor, Julius Eastman, Florence Price, and Joseph Bologne, Chevalier de Saint Georges are now filling orchestral and chamber programs across the country.

2022 has also been a year to celebrate new affiliations, residencies, and performances. We saw a GRAMMY nomination for Curtis Stewart’s improvisation-inspired album Of Power and several announcements of composer residencies and premieres, including Jessie Montgomery with the Chicago Symphony, Allison Loggins-Hull with the Cleveland Orchestra, and Marcos Balter’s premiere with the New York Philharmonic. The New York Philharmonic also celebrated the reopening of David Geffen Hall with a monumental work by jazz trumpeter and composer Etienne Charles that pays tribute to the San Juan Hill neighborhood that was demolished to build Lincoln Center.

In addition to large institutions, we are starting to see a shift with some of the most renowned chamber ensembles. The Takács Quartet recently released an excellent recording of Samuel Coleridge-Taylor’s String Quartet, and the Juilliard Quartet is touring with music by Eleanor Alberga and Tyson Davis. But the list of ensembles with the political heft to steer programming is considerably short. Chamber Music America (where I serve as President of the Board of Directors) has focused its funding on commissions of new works by members of the ALAANA (African/Black, Latinx, Asian/South Asian, Arab/Middle Eastern, and Native American) communities. However, until all ensembles include underrepresented repertoire in their programming, we are left with the same hierarchy, with presenters running the show.

Some organizations are striving to build new audiences by programming works that intersect with multiple styles and genres. The Nu Deco Ensemble, based in Miami, defines itself as providing “genre-bending orchestral experiences” and has a much younger audience base than most other classical music organizations. And the string trio, Time for Three, has made a career out of “defying convention and boundaries” with their music programming at the “intersection of Americana, modern pop, and classical music.”

Individual artists can help shape the narrative and bring important cultural change to the current landscape, too. The more often we see established artists advocating for diverse repertoire in their performances, the more venues will need to embrace cultural variety in their programming. My recent album of works for solo flute and piano, Through Broken Time (New Focus Recordings), is a reflection of this call to action. The album is a collection of works at the intersection of Afro-Modernism and post-minimalism by composers Tania León, Alvin Singleton, David Sanford, Valerie Coleman, Allison Loggins-Hull, and Julia Wolfe.

As it so often happens in the arts, the new music community is leading the way in diversity and inclusion. More and more artists are finding their paths by rejecting the white supremacist model of the performing arts series and curating concerts in their own spaces. The groundbreaking ensemble Imani Winds and the ensembles of the Sphinx Organization paved the way for other groups to form and thrive, including Catalyst Quartet, PUBLIQuartet, and London’s Chineke! Orchestra. Flutists Natalie Joachim and Allison Loggins-Hull, violinist Curtis Stewart, and cellists Seth Parker Woods and Jeffrey Zeigler have carved out incredibly successful careers as advocates for their compositions, incorporating global music and improvisation.

Visiting high schools is part of my recruiting obligations for my academic position as Associate Professor at the Frost School of Music at the University of Miami. I recently visited a school where the majority of students were Black. As I entered the classroom, I noticed several students staring at me. At the end of the session, one young woman walked up and told me that she had never seen a Black professional musician before. This young woman had the same experience I had when I was her age – 30 years ago – which shows just how far we still have to go with our “progress” in diversity and inclusion in the arts.

Let’s fill the concert halls with artists of color and include programming that challenges the traditional white supremacist hierarchy that has existed for so long. Presenters can do more to seek out and include composers, musicians, and arts administrators of color qualified to have a seat at the table. All artists, especially those at “the top,” must incorporate underrepresented repertoire into their programs. The momentum gained from the 2020 Black Lives Matter protests and the circumstances of the pandemic must be continued and intensified.

The awakening was real, but much work is needed to strengthen it and keep it from fading into the past. 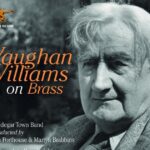 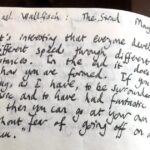 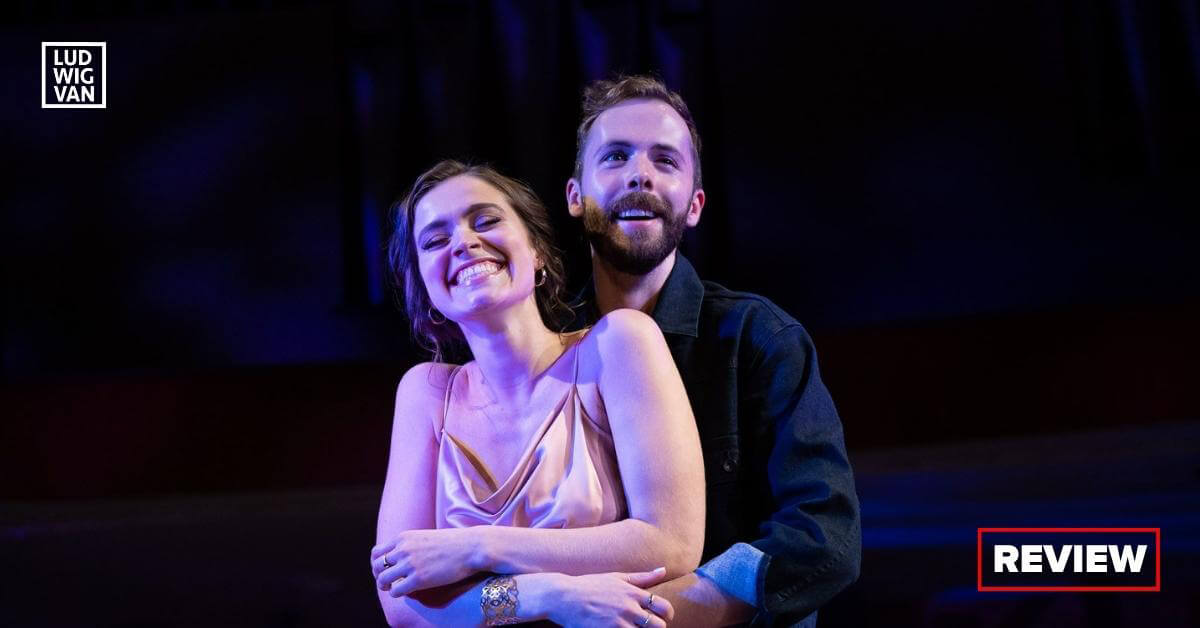