Having taken the plunge on a national tour, which has already seen her play in her adopted home of Wellington, tonight was the true home town gig for Danica Bryant, at Napier’s Urban Winery. Here she presented a set that showcased the extent to which she has developed since she last played in these parts. She has visibly advanced in her confidence, and shows a degree of presence that will soon see her taking ownership of many a stage.

Support act Ella Pollett warmed up the crowd with a set of mostly original material. She shows a definite promise of good things to come, and it will be worth following her as she develops a voice for herself, and builds her confidence. Although the confidence has already achieved a certain level, demonstrated by the fact that she chose to play a song so new it doesn’t yet have a name – which not everyone would do under such circumstances. Another one to watch, in the increasingly fertile field of Hawkes Bay music. Great things grow here, indeed!

Danica and her band (the Danettes? The Danicats?) then proceeded to deliver a set highlighting her recently released EP “Ego Death”, six songs which both continue, and build on, her established vein of bittersweet symphonies, with thoughtful and incisive lyrics accompanying the sweetest of melodies. As mentioned above, her confidence and stage presence has flourished to whole new levels, while still retaining her own individual charm at the core. Perhaps nowhere was this confidence more amply displayed than the point at which she asked the otherwise very sociable crowd for silence, to set off atmospheric new song “White Knuckles”, which spoke of a love transcending boundaries of mortality (hint: consider why the knuckles may be white!). Unfortunately some of the chatty Cathies present couldn’t sustain the silence for the three minutes it took to deliver the song (perhaps in need of a bit of ego death of their own?) but in any case, kudos to her for the attempt – asking a lubricated audience to STFU for a period of time takes (metaphorical) cojones!

The earlier songs in the set also show the development process undergone, with extra textures and expression inserted, particularly the astonishing vocal breakout in “Plains Of Venus” – all pointers to the growth of artistic expression being undergone before our eyes. Every time I see Danica perform, her breakthrough time feels closer at hand – just awaiting the alignment of algorithms and awareness that will see this happen!

But don’t just take my word for it – go see her for yourself! With dates still to play at various locations (see danicabryant.com for details), there’s still opportunity to catch this nascent flower before full bloom – and if you can, you should!

Were you there at the Urban Winery for this brilliant pop gig? Or have you seen Danica Bryant perform live somewhere else before? Tell us about it in the comments below! 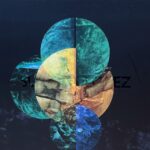 Susana López – The Edge of the Circle 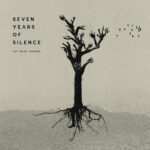