As far as albums go, We Deliver was not the simplest to produce. Composer Daniel Patrick Cohen sketched out hundreds of musical ideas, then slowly started orchestrating and recording some of them over the course of seven years.

The result is an epic 32-track album featuring 67 performers. It’s one of the largest-scale album collaborations we’ve heard about in recent times: it brings together artists who are saxophonists and researchers (Joe Wright), hip-hop and jazz specialists (Dan Berry), pianists and educators (Alexandra Făgărășan), to name just a very small few. And one of the most unusual things of all is that they’re all performing “throwaway tracks” — something Daniel describes as a type of filler that would be nestled between the bigger hits of a traditional album, and often taken for granted.

Daniel’s own background is heavy in electronic and film music; he has produced scores for the British Film Institute’s Rescue the Hitchcock 9 project, and crafted works inspired by filmmakers Michelangelo Antonioni and David Lynch. His broad stylistic range only adds to the unique character of this lo-fi project. We ask this Romanian-based British composer all about his playfully weird second album We Deliver.

Daniel, I almost did a double-take when I heard that your album includes 67 musicians — and then nearly invented the triple-take when I heard it was composed across seven years! This is a seriously large-scale project. What inspired you to start something so full-on?

I like looking at the time and resources available to me, and creating within whatever those boundaries are. For whatever reason, I find that I can maintain enthusiasm for a project like this for quite a long time, and that time becomes extremely important when the collaborations are mostly favours or return-favours.

So how did you get started? Did you reach out to all 67 artists, or did you open the door for them to come to you? And how did you know who would make excellent musical storytellers?

I started writing and collecting musical ideas, which numbered in the hundreds by the end of the process, and then waited for opportunities to record, which tended to pop up through my arrangement work. A string quartet needed some work done without a budget, so they agreed to do a session recording some of these pieces; a student flute ensemble needed some film music arranged, so I speedily orchestrated an idea for them. There was also plenty of searching through my phone book looking for people who I could convince to dedicate a couple of hours’ recording time to the project, but the focus was on finding who was available and then playing to their strengths.

With this many artists, did you provide any guidelines, or give the musicians complete freedom to write within their own styles? And what does this tell us about what an album “should” sound like, from the perspective of consistency?

Most of the tracks are simply my compositions, but in sessions I was constantly on the look out for what the cover designer Dan Abbott calls “happy accidents”. A great example of what I mean by this is The Rolling Stones’ Gimme Shelter, where during Merry Clayton’s staggering vocal she split a note and someone had the superb idea to leave it on the finished product; listen out around the three minute mark.

I also quite like that some of the highlights are places where I was involved the least, an example being my use of Nick Martin’s Evening Prayer on track 6.

Tell us about the concept of the “throwaway track” and how we can hear this in your music.

As musicians in the ’50s and ’60s started to think of the LP as a complete work, rather than a simple collection of songs, I have the impression that they had to start filling out their records with pieces that were written quickly but worked in their own right. Dave Brubeck’s Unsquare Dance, Jefferson Airplane’s Embryonic Journey, Sly Stone’s Time, De La Soul’s Description, and Radiohead’s Treefingers all sound labour-light, but I’d argue that all are highlights of the landmark albums they were on.

I should also mention here an unpromisingly titled hidden gem called Rap Beats Vol. 1 by an artist known as Samiyam, which really got me thinking that an entire record of ‘throwaway tracks’ was possible. The way he takes a short piece of musical magic, and examines it carefully to see if it can stand on its own two feet, without too much further tinkering, was a real starting point for my album.

The track listings — and there are 32 of them! — have pretty amusing names. Wild fig and ginger moisturising lotion; All your files are exactly where you left them; Marinated for up to five weeks. What’s the story here?

The only narrative they share is that they’re all phrases which I found that depressed me to some extent, and I had the idea that it would be nice to rescue them by making them track titles.

The seriousness of them varies: Marinated for up to five weeks is simply amusing because the ‘up to’ doesn’t sound very promising, whereas Shopping with violence is a quote from the controversial right-wing historian David Starkey, whose misguided analysis of the 2011 London riots on the BBC I found really objectionable.

Elsewhere, All your files are exactly where you left them was from a Windows computer on startup: I thought it had a sinister HAL 9000 vibe, and wondered whether I’d ever see my files again.

How do you hope people will feel at the end of this album?

For anyone who feels completely lost, I’d try to search for a feeling of being nourished, however quiet that feeling is.

What did you learn along the way, which you’ll take with you into your next projects — even if they don’t contain 67 artists?

I’ve learnt to trust my instincts, and that it’s valid for the full concept or intention of a work to become clear during the process of its creation.

I love allowing an excess of time, and for the moment it seems that this won’t lead to a project dissipating.

My technical know-how has improved too, and I’m hopeful that it will help me with my next record, which I’d like to be a bit more immediately physically satisfying.

We Deliver is released on 16 September. Keep up to date on Daniel Patrick Cohen’s website. 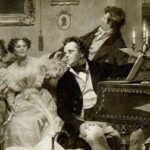 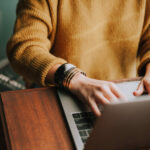 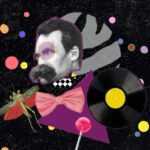 Friedrich Nietzsche: Gifted Composer Or A Wannabe?
Share
Previous The Pioneers of Krautrock Are Still Chugging Away – Avant Music News
Next Solo Blues: Made in Spain