“He is lucky; He is experiencing the last Beethoven Quartets for the first time!” So Morris Lang (late great percussionist) told one of his students about another one of his students as I got there a little early for my lesson back in 1972. I had been listening to those quartets myself for a couple of years and I knew how wonderful they were. Of course as I grew into the repertoire I learned that all performances of those works were not alike. Surely, perhaps more tidily, things were changing.

In time some versions from the LP years were no longer exactly perfect for the world we were in. Little-by-little the peak of Romanticist over-emoting had begun to pass by slowly like a reading of the Eroica Funeral March, so that a fully Modern interpretation might have had for us lots of gravitas and feelingful punch, but less so than a classic Budapest Quartet version might have had, for example? And that less is more like how we feel about such things today perhaps, we who might be in a sort of Neo-Baroque phase of music making, still feeling things but feeling horizontally more flowingly expansive, maybe?

Fast forward to the right now of today and a new recording by the Danish String Quartet, Prism IV (ECM New Series 2564). It is especially notable for a convincingly gravitas performance of Beethoven’s String Quartet No. 15, one of the very best of the Beethoven late quartets. And this Danish String Quartet version is as good or better than any I have heard in our present day. It is flawless, not precisely restrained but then not feverish either, with a kind of Apollonion ray of brilliance really, a ray of enlightened musical strength perhaps like never before or since. So hurrah.

And hurrah too for the brief but spectacular  Bach “Fugue in G minor,” and for the evergreen Mendelssohn String Quartet No. 2, which the Danish Quartet gives to us as another stately strength-and-height soaring topper of an Apollonian pine.

The Danish Quartet show themselves as a beautifully tall outfit for today, as tall as we might hope to hear and appreciate as we live. Bravo to this music and its makers.  Recommended highly. 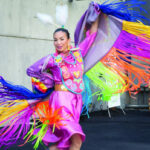 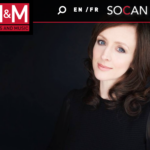 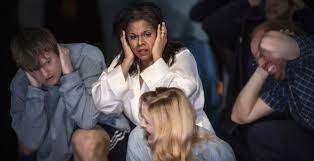