Paul Dessau was one of the most significant composers in the German Democratic Republic. Having grown up in Germany, Dessau spent the second world war years in the US, composing film scores before returning to the newly formed GDR in 1948, where he worked with Bertolt Brecht’s Berliner Ensemble. Though his first opera, The Trial of Lucullus, was condemned by the Communist party for its formalism soon after its 1951 premiere, Dessau rapidly became an influential figure in the musical life of the GDR. Despite all his state honours his music was never circumscribed by party orthodoxy; he encouraged younger East German composers to make contact with their counterparts in the west, and invited figures such as Hans Werner Henze, Luigi Nono and Aribert Reimann to visit him in Berlin.

Dedicated to “everyone who fights and works for socialism in our republic”, Dessau’s third opera, Lanzelot was first performed at the Berlin Staatsoper in 1969 to mark the 20th anniversary of the establishment of the GDR. Heiner Müller and Ginka Tcholakova’s libretto was based on a fairytale by the Soviet writer Evgeny Schwartz; a city ruled by a dragon is liberated by the knight, Lanzelot. But the inhabitants had lived comfortably under the totalitarian rule, and with Lanzelot presumed dead, set up another group to succeed the dragon. But the knight is only wounded, and eventually returns to release the city’s prisoners and overthrow the new regime, posing the question of whether the liberated society will be able to survive without totalitarianism. Dessau maintained that the target of this allegory was US imperialism, but its message can hardly have been mistaken by the leaders of the Soviet bloc.

Involving more than 30 solo singing roles, a nine-part chorus and a huge orchestra, as well as dancers and actors, Lanzelot was one of the most ambitious operas ever mounted in the GDR. Though there were a couple more productions in East and West Germany soon after the premiere it then went unperformed for almost half a century, until the anniversary production in Weimar in 2019 from which this recording is taken. That wonderfully committed performance, conducted by Dominik Beykirch with Máté Sólyom-Nagy as Lanzelot, and Emily Hindrich as Elsa, the girl he comes to the city to save from Oleksandr Pushniak’s Dragon, reveals much more than a cold-war period piece. The score may sometimes be dramatically unwieldy, but it’s gleefully eclectic and full of wonderfully imaginative touches, with 12-note passages, baroque pastiche, excursions into jazz and copious use of aleatoric techniques. It’s a curiosity certainly, but a fascinating one. 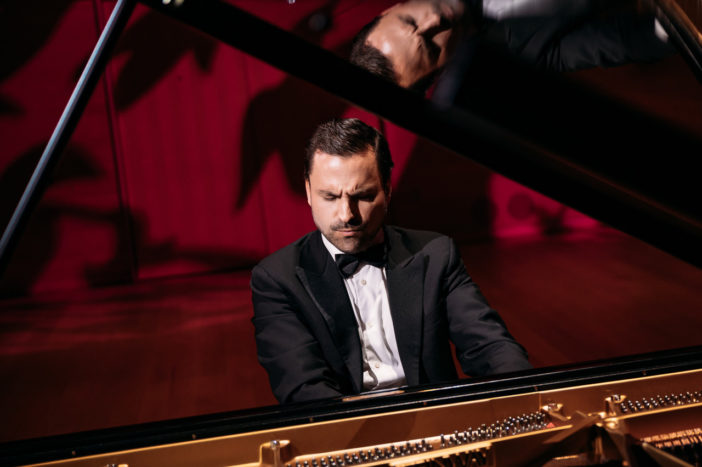