Dierks Bentley Commits to Keeping to His Roots on “Gravel & Gold”

It’s been a career of hits and misses for Dierks Bentley as he see-saws back and forth between pleasing his corporate masters on Music Row and paying down the mortgage on the second home in Telluride, and doing what he wants to do, which is dabbling in bluegrass and traditional country mixed with a bit of new school stuff to broaden the audience.

On his new album Gravel & Gold out February 24th, Dierks promises it will be more of the latter than the former, a more diverse offering overall, and for the first time, Dierks Bentley has stepped into the producer chair to ensure that the sound he wants is the sound you’ll get. He also brought in Ashley McBryde and Billy Strings to help him along.

“It’s been four years since I put out an album, and part of the reason for that is that I wrote and recorded two records that I didn’t feel were good enough and had to start over…twice,” says Bentley. “I’m going to be able look back on it for the rest of my life and be like, yeah, that was harder than I thought it would be, but zero regrets. I had to get it right. That’s the ‘Gravel & Gold’ of it all.”

20 years in the business now, Dierks Bentley should be at the point where he can call his own shots. And seeing him paling around with Charlie Worsham lately, and hanging out in the rain to watch Molly Tuttle and Golden Highway play their set at Telluride last summer are all good signs.

“Selfishly I’ve always wanted to have my cake and eat it too,” says Bentley. “I’m in the bluegrass space. I’m in the traditional country space. It’s always been important to me to have the love and support of this community in Nashville, particularly the older establishment and the Opry – and to know that I’m able to do that but also get out on the road and play the big venues too? It doesn’t get any better than that for me.”

We’ve already got to hear three songs ahead of the new album, including an extended bluegrass jam called “High Note” featuring Billy Strings, Charlie Worsham, along with Jerry Douglas, Bryan Sutton, and Sam Bush. The two other singles are are a bit more pragmatic, with “Gold” already cracking the Top 20, and “Same Ol’ Me” just released to coincide with the album announcement.

You don’t always know what you’re gonna get with a Dierks Bentley album, but there are a lot of positive signs for some good nuggets to be included in Gravel & Gold. 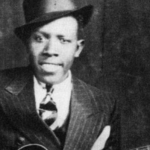 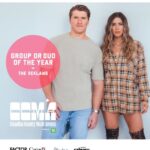