Memphis rock trio Dirty Streets display their mastery of the essence of rock and roll on their new record Who’s Gonna Love You.

Out September 29th, 2022, Who’s Gonna Love You is a straightforward, live-sounding effort that successfully taps into the basic elements of rock music. Grammy Award winner Matt Ross-Spang (Jason Isbell, Margo Price, John Prine) produced the sessions at Sam Phillips’ Recording in late 2019 and quickly forged a deep connection with the band that led to them making a career-best record together.

Ross-Spang was the right person to bring Dirty Streets’ mix of soul, R&B, and rock to its highest expression since the group first began dropping records in 2009. It’s not unfair to draw comparisons to the soul, rock, and dirty blues styles of Faces, Humble Pie, Otis Redding, and Creedence Clearwater Revival but Dirty Streets has used those legends as a launching pad and defined a personal, identifiable sound based on that inspiration.

Dirty Streets is Justin Toland (guitar, vocals), Thomas Storz (bass), and Andrew Denham (drums). They’re a tight, high-functioning power trio that’s pocket-focused and ultimately bound to the blues. “We’re always looking for the groove,” said Storz. “That’s what it’s always come back to, from the first times we played together. All of our common influences are pretty similar: soul, Stax, hard rock, and so on. But we also share an improvisational approach inside that structure, I think. That exploratory impulse always made us sound a little different from other bands who played in those styles.” Indeed, Dirty Streets does stand apart from the many current bands mining 70s rock for propellant and this is one of the big reasons why.

Who’s Gonna Love You begins with its first single “Alright.” It’s a heavy, tough-minded tune about dealing with the daily pressures of life and the pandemic. Toland’s vocals fly over his clear guitar tone while Storz and Denham pound out the beat behind him. Storz rocks his lines with a dark, fuzzy tone that’s perfect for this band and he contributes a lot to the vintage rock vibe of the song. It’s an outstanding opening cut that’ll snap your neck around the first time you hear it.

The band then moves on to the record’s title track “Who’s Gonna Love You,” a more melodic rocker that features some sweet vocals and slide guitar. It has a bit of a Faces/Black Crowes flavor to it but Dirty Streets quickly moves out of the shadow of influence and speaks their own piece. It’s one of the most organically charming songs on the record and will absolutely put the spring back in your step.

“Not That Man” is chilled-out and acoustic and is a fine downshift from the intensity of some of the other cuts here. Toland gets to emphasize the softer side of his voice on it and displays a warm, inviting sound that fits the vibe of the moment well. “Ghost” is moody and atmospheric, building up its mid-speed personality on Toland’s acoustic guitar once again. The group as a whole works the concepts of dynamics better than most three-piece outfits, who typically play full-on loud at all times to fill space. This crew takes the less-travelled road and embraces their space when necessary, a tactic that seriously elevates their listenability factor.

Other important cuts on Who’s Gonna Love You include “Blinded,” “Alone Again,” and “Just For You.” Do yourself a solid, though, and listen to the record in one sitting, letting its waves ebb and flow over you. It’s too good of an experience to only check it out in sound bites and singles. Dirty Streets is one of the best bands out there playing rock and roll right now and you need them in your life. Highly recommended. 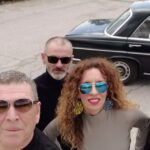 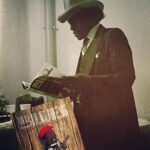 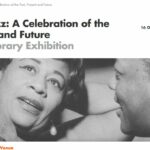