Laura Schwendinger’s Brushstrokes led off. The titles of the seven short movements include some painting terms, including “Contrapposto,” which the composer described as “a counterpoint of textures.” This meant a lot of octaves and scales, and figures in paired instruments, setting the tone for ff accents; “Mobile” and “Kinetic Sculpture” responded with bunches and sudden bursts, especially in the upper register (sometimes the cello soared above the treble clef). Softer textures prevailed in the bell chords of no. 5, “Pointillism,” and no. 6, “Sfumato,” trills and tremolos, flute and violin, with brushed cymbal almost suggesting a quiet dance hall. The concluding movement, “Collage” [no connection to the hosting ensemble], brought back the furious octaves of “Contrapposto” with more tremolos and a tango beat, for a short wrapup.

Joan Tower, a well-loved visitor to Boston, spoke of Into the Night in terms of loss during the past year, when her husband of 50 years died after a long period of declining health. “I think basic sadness prevails,” she wrote, but the sadness of this piece was tempered with drama and strong tonality — the heroism of a will to live, even in a grand manner. It began with an assertive, bell-like middle C on the piano, doubled by bowed vibraphone. The C major was quickly backed up by A minor, a whirl of parallel fifths and sixths and a skirl of whole-tone harmony; a two-part counterpoint in spare octaves (flute-clarinet, then violin-cello), was soon answered by a flute-vibraphone duet with diminished sevenths, and everybody got a solo cadenza. It came across as a gathering of friends.

The oldest work on the program Marjorie Merryman’s Duomo, composed in 1997 and premiered then by Collage, adds a viola to Collage’s standing Pierrot ensemble with percussion. Having taken inspiration from Brunelleschi’s dome in Florence, Merryman advances her work from low register to a fortissimo climax in the center and then down again for 11 minutes, concluding with bells: piano and chimes. The foundational chant melody, Victimae paschali laudes, isn’t a cantus firmus: “the tune reverberates through multiple parallel fifths, suggesting the symmetrical dome and music floating in concentric circles within it,” and the melodic lines were spacious.

Cadences by Scott Lindroth (2016) didn’t sound so much cadential as explosive; short bursts of stuttering sounds in clusters alternate with bated-breath silences at high speed. The clusters that started early soon spread out into wide-register triads (I think they were E-flat major but couldn’t be certain), and eventually a big resolution arrived in the form of a violent unison melody of violin, cello, and piano. When this fortissimo died down, a reassuring coda of flute and pizzicato violin ensued, and everyone took a breath in the intensity of sound. David Hoose mostly conducted 4/4, but with so much residing on the offbeats, a constant expectancy of staccato prevailed, as though each player were daring all the others. Hoose met the huge time-beating challenge, and the ensemble responded with no less precision.

A considerable amount of unison or octave melodicity obtained prominently in all four works, along with other well-defined perfect intervals and parallel chords. This afforded dramatic but completely unneeded confirmation that all of these highly professional players, expertly coordinated and well-rehearsed, were getting the right notes all the time — but, no less importantly, that the composers intended those fully realized notes. Some players are relatively new to the group, while others have been with Collage for many years. This concert’s ensemble featured Sarah Brady, flutes; Alexis Lanz, clarinets; Catherine French, violin; Anne Black, viola; Jan Müller-Szeraws, cello; Christopher Oldfather, piano; Craig McNutt, percussion; and the expert time-beater of the last 25 years, David Hoose.

It’s not amiss to point to the well-printed handout with brief and pointed composers’ notes. It also contained an amusing memoir by an alumnus, Christopher Kies, who served as Collage’s pianist for ten years back in the 1970s; this historical report will likely be archived, along with the larger one from the October program by founding director Frank Epstein, on Collage’s website. Collage has now made gratifying history for half a century. 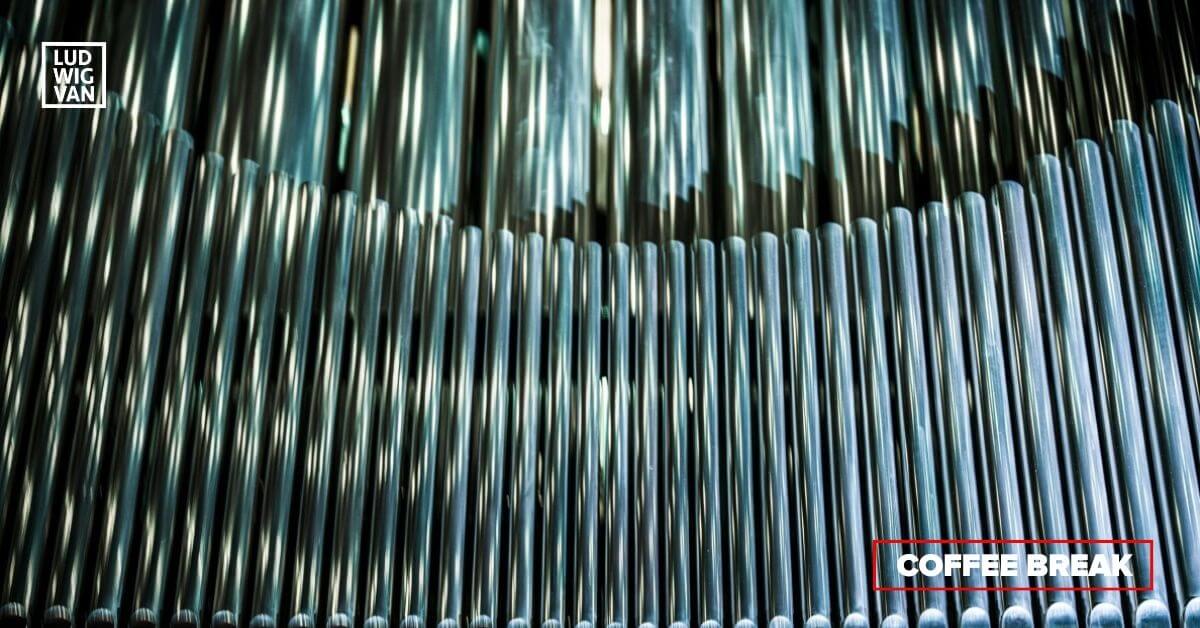