“I’m always pretty honest in my music, and I’m not shy about doing things differently”

BY OLIVIA DAVIES AS TOLD TO CUTCOMMON

Olivia Davies is an Australian composer. She received a Peggy Glanville-Hicks 2023 Prelude residency after recently achieving an APRA AMCOS Art Music Award for Stratus, a West Australian Symphony Orchestra commission. We would like to welcome Olivia in her first CutCommon guest column in which she explores her artistic process and current work in the Australian arts industry.

There are two mediums in my artistic practice — music and photography. I’ve been a musician for longer, but in terms of official studies, I came to composition a little later than photography. I’m starting to merge the two practices now and I can definitely see aesthetic parallels in both, which is really interesting to me, so I’d like to explore that more.

In music, I’m really drawn to the texture and colour of sound, and this tends to be often what determines the structure of a piece, whereby overarching timbral modulations dictate how the music unfolds over the course of a work.

I lean towards a minimalist approach to musical material and development — my favourite pieces tend to be those that seem to stretch out a single idea over a whole work. A while back, I had a comment about a piece I wrote that described it as ‘the gradual and simultaneous emergence of both form and texture’, which really resonated with me and put into words what I was trying to do. I guess this is an ongoing aesthetic goal of mine, and is part of what drives my work because I feel like I haven’t quite nailed it — and probably will never feel like I have!

The other motivation is simply that I love creating. I love music, I love that it still feels like a mystery to me, and generally it’s just a beautiful way to engage with others.

The APRA AMCOS Art Music Award is quite significant for me as it’s the first time my music has received this kind of recognition in the industry. There’s a feeling that my hard work is paying off, and that little bit of external validation of course feels good.

I think it also tells me that what I’m exploring musically resonates with people, or is at least interesting. I’m always pretty honest in my music, and I’m not shy about doing things differently if that’s what is right for the piece. But sometimes, my ideas feel a little risky and I think: ‘Oh God, this could be great or not work at all!’ — the opening three-and-a-half minute glissando in Stratus being a good case in point.

I still feel like I’m developing my compositional voice, especially in the orchestral world. So for this piece to get a nod from my peers, and those further down the career path than I, is really encouraging.

I was definitely quite green going into it, as I hadn’t worked with an orchestra on a professional level before. Orchestras have a particular way of working, and the most important thing is utilising the limited rehearsal time you have. I knew going in that I had to be clear with my feedback and base it on changes that were realistic. So it really was a lesson in communication, as it forced me to organise my feedback quickly and in terms of what takes priority and what I may need to let go of.

WASO is an incredible orchestra, and hearing the piece transform in the space of a couple of rehearsals was amazing to witness. There’s a degree of letting go and trusting the process once it’s in the collective hands of the orchestra and conductor.

Having said all this, I had a unique experience because it was 2020, and COVID threw my original deadline out the window. I was given the opportunity to workshop a draft of the piece with the orchestra when they first came together again — a total luxury! I had conversations with the musicians around how I’d notated some things, then went away and was able to make fairly significant changes.

On the flipside however, the risk with having more time is that you keep tweaking the piece, and I found myself getting bogged down in the finer details of the music, so it became even harder to zoom out and see it as a whole. The added time was both a blessing and a curse.

Heading in a new direction through collaboration

My Prelude residency work will be a mix of orchestral and collaborative works that are all fairly large-scale. I’ll be working on a longer orchestral piece for WASO, which I’m already thinking differently about — I can see it in several movements as opposed to one long continuous form, for example.

In addition to this, I’ll begin two collaborative works — one with percussionist Louise Devenish for bowed, close-mic’d marimba; and the other is a long-durational drone piece with composer/sound designer Tilman Robinson.

I’m incredibly excited about these collaborations. I’ve known Louise since my University of Western Australia days, which is when I first had the idea for this work, so it’ll be great to develop it with her in a professional capacity.

The drone piece is a newer idea, and will be composed entirely from samples I recorded on the 1930s Novachord synthesizer that lives at Melbourne Electronic Sound Studio. I’m hoping to eventually present the work in two forms — a single-track album, and an acousmatic installation with multi-speaker surround sound. I knew I had to collaborate with Tilman on this. I love his music. It’s incredibly textural and satisfying to listen to, but also has an emotional depth that draws you in and pushes it beyond just textural aesthetics.

The Peggy Glanville-Hicks residency appealed to me on multiple levels. I’ve been in Perth my whole life, and have a really great community and support network here of artists, arts organisations, musicians, and composers. It’s the starting place of my career in which WASO is now a very significant part.

The PGH residency for me presented the freedom to nurture my whole artistic practice in a new environment. It’s an opportunity to dedicate my time purely to my art where I can continue my work with WASO as well as experiment and collaborate on new ideas.

The very act of moving for this purpose, and being in a beautiful house that has heard and nurtured the diverse voices of composers before me, already feels special and inspiring. I don’t actually know too many people in Sydney, but that was also part of the appeal. It’s forcing me out of my comfort zone a bit, and I’m excited to meet and connect with other artists. I really see this residency as an opportunity for growth both personally and artistically, and I’m looking forward to the experiences, friendships, and music that will come from it.

Development comes from reflection and curiosity

I think residencies and other professional development programs are a really great way to receive support and structure while you focus on your art. Depending on the nature of the residency, you might also meet or work with other artists that you may not have otherwise crossed paths with. I find being exposed to new ways of thinking and working really inspiring, and believe it’s often in these moments that realisations about one’s own practice occur.

Development comes from reflection and curiosity, and I think this is ultimately what keeps the work interesting for yourself and your audience. Pushing your own artistic boundaries, to whatever extent, is important. I’m doing this quite dramatically at the moment. This year, I started to immerse myself in the world of analogue synthesis, and will soon put together my own Eurorack; 2020 made me reflect on what was missing from my practice, and I felt a strong need to get back in touch with sound and back to a more intuitive, unfiltered approach to music-making. Modular synthesis appealed to me because it is literally building sound from scratch — plus, I hated the fact that it intimidated me so much. Perhaps there’s a degree of similarity between this and notating a piece for orchestra in that every parameter of a sound becomes a decision — but the approach is obviously vastly different. I will flag though that I’ve barely scratched the surface and I’m yet to fully explore it!

My point is, it all feeds back in on itself. My own initial curiosity in modular synths led me to receiving mentorship, and has opened up a new means of expression for me, and a new community.

If you want to apply for a residency, go for it – and seek help along the way

The practice of writing an application will be good for you. It’s a necessary skill to learn — being concise whilst also making your idea sound interesting. Find people who are more experienced at it than you and ask them to look over it.

Learn more about the Prelude residencies on the Peggy Glanville-Hicks Composers’ House website. 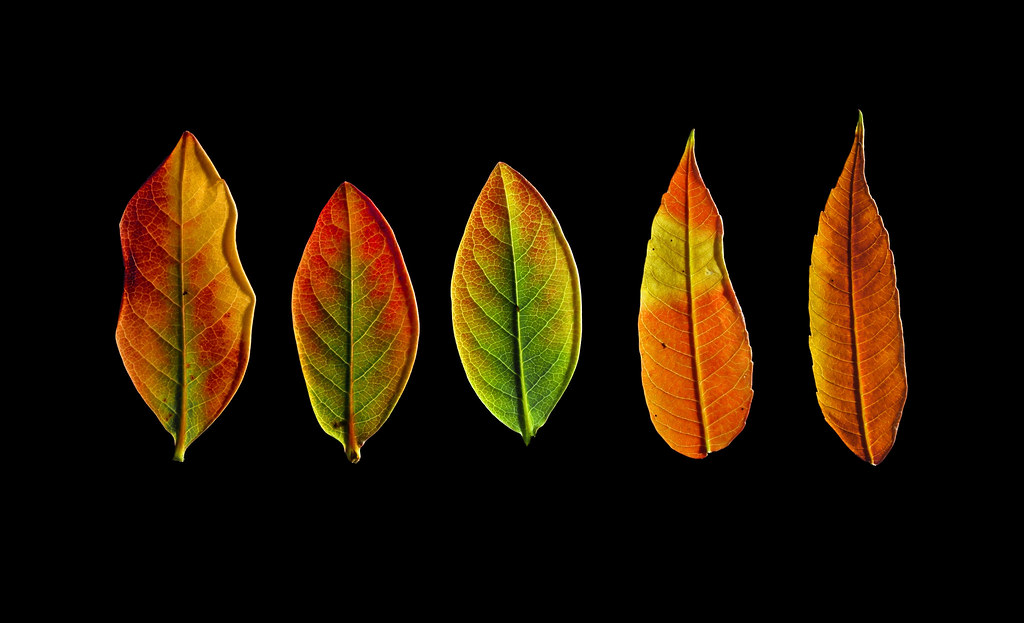 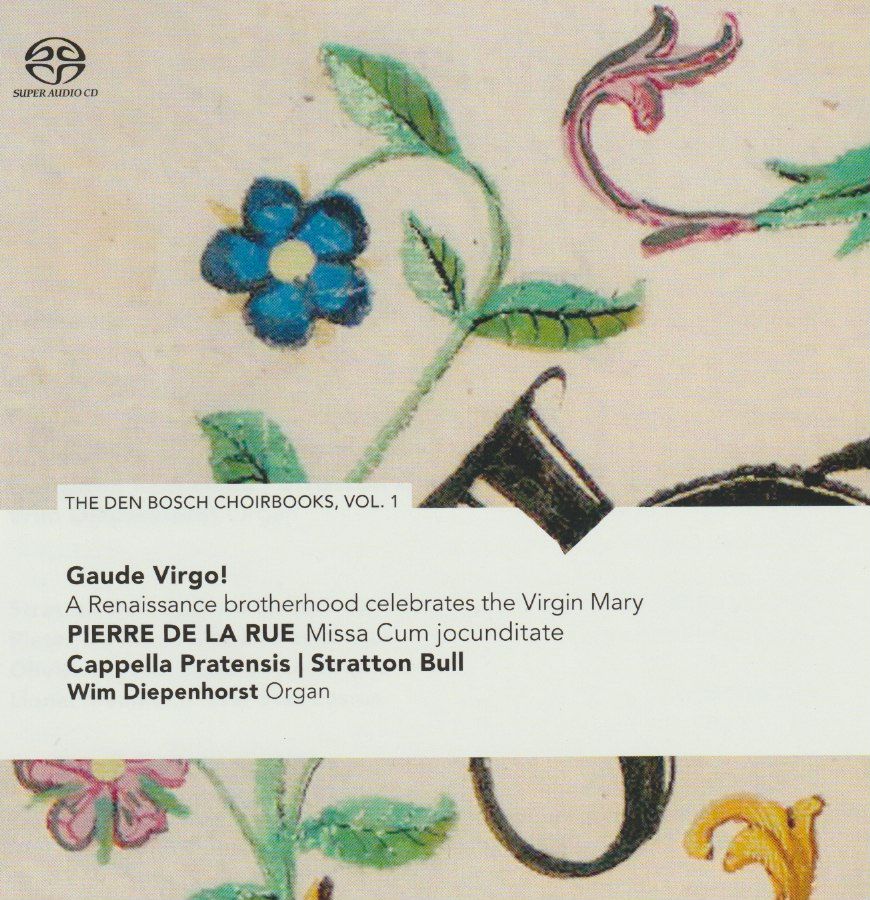