David Coverdale once intoned on Whitesnake’s ‘Walking in the Shadow of the Blues’, “I love the blues, they tell my story”. The truth is that sometimes we all get the blues, the feelings distilled into three or four minutes of a song encapsulating something as old as time itself. Joanne Shaw Taylor understands this, her stock rising as she hones her skills from album to album, tour to tour. It’s in this latter medium that she really shines brightest, that connection with the audience something that goes beyond entertainment and into the soul, her heart put into every ringing note of her guitar.

Before the evening’s main event, support act Jon Allen strolled onstage, armed only with an acoustic guitar and a fulsome back catalogue hewn from his five albums. With his easy-going attitude, natural storytelling and a whisky-soaked roughness to his voice, Allen displayed a beguiling quiet charisma from the off. There’s something warm here and whether he played the traditional acoustic blues of ‘Bad Penny’ or the Calypso shuffle of ‘Happy Now’, his cracked vocals particularly full of a pain and longing in the latter, everything is an invite into his world. When he played ‘I’m Already Gone’ you feel you’re sat there next to him in a bedsit in some nondescript town, its pastoral folk conjuring images and memories from the ether. There’s a sweetness and beauty in ‘Take Me to Heart’ and ‘No One Gets Out of Here Alive’ revels in a subtly sinister atmosphere, the two highlighting his ability to subtly change moods with the most delicate of inflections or chord changes. Allen can also claim the prize for best lyric of the evening in “I’ve seen things that would make the Laughing Cavalier depressed” during the Mark Knopfleresque ‘I’m Just Lucky I Guess’. With a set ending in loud applause and a long queue waiting to meet him at the merchandise table, the night was certainly a positive one for the singer songwriter.

Breaking into the opening notes of Fleetwood Mac’s ‘Stop Messin’ Round’, Joanne Shaw Taylor was all smiles, the strident stomp driven by the whipcrack drums of Eric Savage and Steve Lehane’s weaving bass. Always cited as an influence of hers, her guitar tone sings the same way that Stevie Ray Vaughn’s did and it was a glorious reminder of the King of Texas Blues. ‘I Want You to Love Me’ is shot through with some nice touches of late 60’s styled fretwork by second guitarist Joseph Spina, his playing perfectly complementing Taylor as the two give each other the space to add their own colours to the mix.

The barrelhouse boogie of ‘Nobody’s Fool’ gave keys man Philip Whitfield his chance to shine in the spotlight, his playing flipping from rumbunctious to delicate as the song brought in big hooks interspersed with lighter touches. This quality of musicians with her seemed to spur the guitarist on and the lyrical solo by Spina was followed by a vibrantly dirty and passionate one by Taylor. Whilst she’s capable of putting her heart and soul into her playing, there’s obviously a storytelling quality in her writing. She pointed out with a laugh that, following a critic’s claim that ‘Two Time My Lovin’’ showed a really bad side of her personality, “It’s just a song”.

Despite this truth, she certainly knows how to sell a song and her wonderfully smoky tone on ‘Let Me Down Easy’ is imbued with a brokenness that was heart breaking, the solo scintillating before they were back to good times on the boogie of ‘Three Time Loser’ and Country-tinged rocker ‘Dyin’ to Know’. The theme is continued on ‘Bad Blood’, Taylor explaining “my producers suggested we have a Spaghetti Western to the song and that got me thinking. My manager’s best friend is Billy Bob Thornton so I pictured the whole of the video, he and I riding horses and becoming best friends at the end. Sadly, that didn’t happen. Maybe next time!” she said with a grin. Certainly, there’s a cinematic feel to the track and you could feel the heat from the shimmering desert sands as she played.

New single ‘Won’t Be Fooled Again’ has the feel of 1980’s Fleetwood Mac but sung with Taylor’s distinctive tones that owe more to Anastasia than Stevie Nicks, Whitfield adding some chiming keys to Spina’s deft guitar break. The suitably incendiary ‘Watch Em Burn’ gloried in its stomping swing, the cascading pattern of the instruments brought to a crescendo by a showstopping solo by Taylor, the blonde guitarist shaking her flowing locks as she’s utterly consumed by what she’s playing, the audience left breathless and stunned at its conclusion. There are some killer four-part vocal harmonies on the emotional and ballsy ‘I’ve Been Lovin’ You Too Long’, whilst ‘Just Another Word’ has echoes of Al Green’s ‘Let’s Stay Together’, the mix of soul and rock in perfect balance. Next followed the emotional highlight of the night, Taylor swapping her electric for an acoustic for ‘Fade Away’. “I lost my mother to cancer nine years ago and there’s not a day that I don’t think of her. This is for all the people who are going through something similar” she advised. The poignant lyrics matched with sensitive guitar and keys that could tell a story all on their own. You can tell that this is a hard one for Taylor to sing but it’s a lovely tribute and there’s more than a few tears making their way down cheeks in the audience by the end of it.

With the summery ‘Runaway’ conjuring images of sun kissed meadows and a teeth rattling run through of the feral ‘Bad Love’ closing the set, Taylor and the band were met with a well-earned standing ovation, the cheers and claps echoing around the acoustically perfect venue to volumes that almost matched the speakers hanging from the roof. It was just down to an encore of the swampy, jazzy blues of ‘Going Home’, Taylor sounding as fervent as a Southern Baptist preacher and the locomotive of ‘Mudhoney’ to see everyone head off into the cold, misty night, fully satisfied. Joanne Shaw Taylor is the real deal. 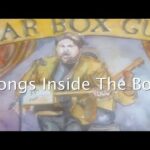 DEEP BLUES: SONGS iNSiDE THE BOX 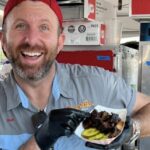