Five-time-Grammy-nominee and blues guitar hero Kenny Wayne Shepherd revisits and reinterprets the album that made him a star with the release of Trouble Is…25.

The record breaks out December 2nd, 2022 via Provogue Records/Mascot Label Group and is a top-to-bottom retelling of Shepherd’s 1997 second effort Trouble Is… done to celebrate the 25th anniversary of the original album. The complete re-record of Shepherd’s most successful album is accompanied by a documentary about the making of the original Trouble Is… and a live DVD captured at The Strand Theatre in Shepherd’s hometown of Shreveport, Louisiana. The record also includes a bonus track: an unreleased version of “Ballad of a Thin Man.” The whole set is a tribute to the process of creation and to Shepherd’s life journey from young prodigy to an acknowledged master of his art.

“One of the coolest things about re-recording Trouble Is… has been finding out – or verifying – how timeless this album really is,” says Shepherd, who is also leading an anniversary tour across the USA in 2022 and 2023, performing the album in its entirety. “I’m so proud of what we accomplished, and also the fact I was just 18 years old when I did it. I mean, I had an experience with this album that most musicians can only dream about. Trouble Is… sold millions of copies. There’s validation in all of that for me.”

Shepherd has been achieving validation since he first broke out of the Louisiana blues scene with his 1995 debut effort Ledbetter Heights. His second album, Trouble Is… made him a heavyweight contender while still in his teens. His father, a famous Louisiana radio personality and promoter by the name of Ken Shepherd, spun classic blues in the home and first lit the blue flames that still burn brightly in Kenny today.

In the quarter century that’s elapsed since those early days of glory, Shepherd has dropped another seven acclaimed solo albums, two with his all-star side-project The Rides alongside Stephen Stills and Barry Goldberg, and has been acknowledged by fans and peers as a Strat master. His guitar skills and songwriting prowess have made him one of the biggest stars in American music. He’s a generational talent who is still evolving with every gig and release.

Kenny tracked the first Trouble Is… with an all-star crew that included the hallowed Double Trouble lineup of drummer Chris Layton, bassist Tommy Shannon and keyboardist Reese Wynans plus lead singer Noah Hunt and co-producer Jerry Harrison. It all happened at the famed Record Plant studio in Sausalito, California. For this project, Shepherd used as much of the same group of people and places as he could. The Record Plant has long since shut down and Tommy Shannon has retired so these sessions were done at The Village in Los Angeles and Nashville’s Ocean Way with Shepherd’s regular bassist Kevin McCormick holding down the low frequencies.

Other artists have attempted to recapture their youthful lightning in a bottle by recording new versions of old material and most have fallen flat. Shepherd succeeds by focusing more on the vibe and spirit of the original album than trying to make a surgically-precise replica. From the opening cut “Slow Ride” forward, it’s clear that the chemistry shared by Kenny and his friends is not only still there but has gotten deeper. It’s also clear that we are listening to today’s Kenny Wayne Shepherd playing honestly as the man he’s grown to be. “Slow Ride” absolutely wails and shakes with Kenny delivering fierce lines and tones from the jump.

“Blue On Black” remains a mid-tempo rock gem, full of sweet acoustic and spicy electric guitars. Noah Hunt does fine work with the emotive lyrics while tremolo guitars pulse beneath his voice. This one is truly eternal and hits just as hard as it did the first time around. Shepherd’s stinging lead tone cuts right through the mix, adding intensity to the song’s atmospheric feel.

Jimi Hendrix’s “I Don’t Live Today” is just as precocious as it was a quarter-century ago and Shepherd conjures up Jimi’s soul and energy with astounding ease. He and the band explode with the ragged-edge greatness and unpredictability that Hendrix personified. It gets wild, threatens to crash, but instead achieves a sublime energy that can only come from old souls.

The two films included in the Trouble Is…25 package are beyond cool and will send even casual KWS fans over the moon. The documentary Trouble Is…25 The Film is one of the best music movies to come along in a while and lets Shepherd tell his story in his own words and those of several important figures in his life. We hear from his father, Chris “Whipper” Layton (SRV), his tour manager of 19 years Kristin Forbes, vocalist Noah Hunt, drummer Sam Bryant, and others who have been part of Shepherd’s career. The vintage photos from the early days are treasures and the performance clips are ample evidence of Kenny’s greatness.

The live video of the Trouble Is…25 anniversary concert is all you’d expect it to be and more. Kenny Wayne Shepherd is a powerful performer and bandleader who has fully realized the potential of the talented teen he was when we met him. His tone and playing are both commanding and you can feel how far he’s come in every note. Noah Hunt shows off his mighty lead vocals and Chris Layton drives the whole band from the drum kit. It’s a triumphant show that celebrates a life and career well-lived.

Every bit of Trouble Is…25 will make your ears happy. Hearing Shepherd come at the songs that made his bones and brought him to the world a second time is extraordinary. You can feel his mileage in every note and the confidence it gives him. Highly recommended. 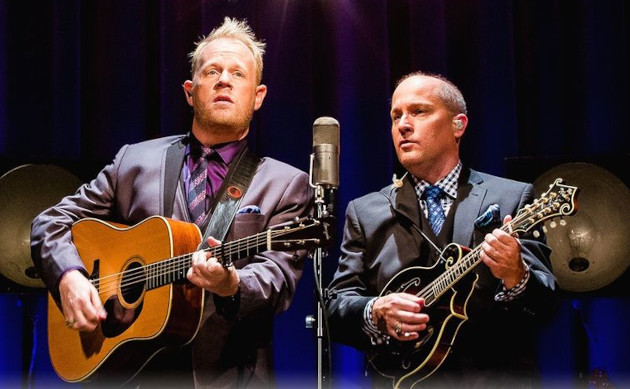