New kid on the block, Kiddo CSA, announces his first EP, So Far, So Great,  set to drop on September 9th. So far in 2022, Kiddo CSA has released a mixtape, ‘Just Kiddin’, and the remix to ‘Haibo’ that featured Reason, and UK-based artist, S1mba. Kiddo CSA has become an artist to watch within the Hip Hop fraternity this year and with his EP on the way, the young rapper hopes to show the progress he has made thus far on his journey to stardom. His flow and zeal over beats are bound to stimulate interest from musicians, fans, and those who haven’t quite jumped on his wave just yet.

So Far, So Great sees Kiddo CSA exploring life and music in a more nuanced way throughout the EP. Affirmations and introspection are important themes in his work, which he uses to capture moments in time, both lived and aspirational. He understands honest and creative storytelling and feels his music before spitting even a single word over any beat. Gold standard producers London Rhodes, King Jillz, and TriggaNasty are all contributors to the project and offer their skills and emotional understanding of music to sonically match Kiddo CSA’s direction. Zeph also lends his talent through mixing and mastering the masterpiece. The EP also features an exciting surprise feature on the lead single, ‘Blessed,’ which is set to be released on September 2nd leading into the EP release.

‘So Far, So Great’ Track Listing:

Fans will have the opportunity to understand Kiddo CSA more intimately and see themselves in him as a young person who is going after everything he has ever wanted. Leading up to the release of the EP, Kiddo CSA has started connecting directly with fans through The Wave Tour with Legends Barbershop. In October, fans can look forward to seeing him perform at Rocking the Daisies in Cape Town. Stay tuned to Kiddo CSA’s social media for more exciting content around the release of wavy work of art, So Far, So Great. 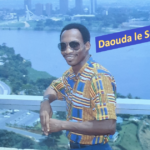 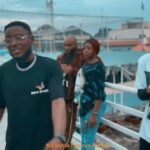