The Rock House All Stars tribute take a new approach

Bluesdoodles rating: 4 Doodle Paws – as a tribute album, this rates up amongst the best as the ensemble put in first-class performances interpreting such seminal songs. Okay, they won’t supplant the originals, but they are very, very good when you want to listen to classics with a pleasing slant.

Take one of the most important albums in rock and blues history then bring together a cast of talented musicians to not only produce a ‘tribute’, but make each song the same but different…that’s the premise that Qualified Records and The Rock House All Stars used to make this Rolling Stones covers album stand out from the ‘ensemble’ approach of most of the others on the market, as they did in 2021 with many of the same artists covering the Band’s Stage Fright album. (And by coincidence, Hollis Brown did a similar thing with The Stones’ Aftermath album earlier this year.)

Let It Bleed Revisited: An Ovation From Nashville gives a hint of what to expect and then, when you look at the list of performers, it begins to sound rather tasty. The producers and bass and keyboard players John Heithaus and Kevin McKendree handpicked lead singers for each track and encouraged them to provide their own artistic interpretations of Mick Jagger’s vocals…not simple and, I’d imagine rather daunting. The chosen few give it their all and, whilst the original will always be the best, this is a very entertaining take on a seminal album by a seminal band. The artists here are certainly qualified to interpret as the original album saw the Jagger/Richards compositions drawing inspiration from gospel country blues and rock plus a great rendition of Robert Johnson’s Love in Vain.

So how do these new readings fare?… Gimme Shelter sees Jimmy Hall and Bekka Bramlett take on the mammoth task of paying due deference to such an outstanding track. Vocally, they give it their all and give it successfully. The instrumentation is top notch too (as it is throughout) and, although ‘smoother’ it is faithful with enough unique flourishes to keep you hooked.

Love In Vain has Emil Justian adding his own voice in an individual yet Jagger-ed way to a delightful slide and mandolin backing that makes this more than worthy to stand alongside the original. With the countrified sort of Honky Tonk Woman part two of Country Honk, then asking country star and slide player Lee Roy Parnell to take this on makes sense…and he does it proud. A very country reading with neat harp, piano and acoustic backing his take on Mick Taylor’s slide. Live With Me features Seth James doing good job over a faithful recreation of Richards/Taylor guitar attack and the sax solo.

The title track and a pure Stones classic, Let It Bleed, sees the return of Emil Justian has him taking the extra country twang and, again, doing a great job with his excellent slide work to the fore. The dark back story behind the blues-rock classic, Midnight Rambler, is realised very well by Rick Huckaby as, once again, no major liberties are taken and even the original run time is only 3 seconds out…not that I’m OCD or anything!

The next track, You Got the Silver, was one of the very few to not have Mick on vocals and it was all Keef. This version has a Nashville up-and-coming star called Nalani Rothrock add a vocal of a sort of pop crossed with Joanne intonation that works rather well and the slide and pedal steel put serious country into the blues.

The original Monkey Man had Bill Wyman banging the bars on a vibraphone…on this version featuring Mike Farris the band do a cracking job as they embrace the original in a fresh way. The vocals are miles away from Mick but are very effective: I can’t hear a vibraphone, although the keys and subtle slide are great. You Can’t Always Get What You Want is a remarkable song, made all the more remarkable at the time, as The Stones recruited The London Bach choir for the intro. This version features the vocals of The Voice front runner Wendy Moten and SaRachel (a new to me duo of Sarah and Rachel Hambridge from Nashville (although their father, Tom, is a well-known genius in music circles))…the first thing to notice is the empathy that pours from the French horn and then an appreciation for the vocals is inevitable…a different and very worthy version.

I must admit to being confused when I saw Wild Horses on the track list as (on my copies at least) it was from the Sticky fingers album…it was/is a great song, so I’m not complaining and the way Lilly Hiatt (daughter of John and a very accomplished singer/songwriter) and Luke Bulla (currently with Lyle Lovett) interpret it, once you ‘tune in’ to their duo vocal approach, it becomes an interesting version that is very different to Mick and co.

Granted, I will always choose The Stones over a tribute but, as a tribute album, this rates up amongst the best as the ensemble put in first-class performances interpreting such seminal songs.

(iTunes then followed on with what I suppose you’d call a “vanity purchase”…when I came across an album called Tiger Tom Dixon’s Blues, I simply had to buy it no matter what. I subsequently learned that this Tom Dixon was a boxer who was the great uncle of Rod Picott who released his gentle acoustic and mildly bluesy album of the same name in 2001. It may bear my name, but I’m no boxer (more of a West Highland White!) and although it may not be blues enough, it is still one of the cherished possessions in my extensive library.) 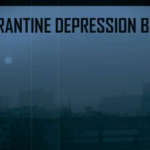 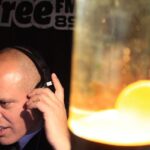 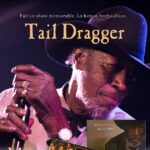