They were in New York City on Monday September 12, a month after they spent some time together in LA.

The former First Daughter, 24, and record producer, 33, were seen walking around Manhattan’s Soho neighborhood together. They then went to Chinatown to grab lunch.

Obama and Eklund did not give the paps any confirmation that they are a couple, and there was also no public displays of affection during their outing. They spent most of their stroll with their arms firmly crossed in front of them.

In August, the TV writer and music exec were a bit more touchy-feely as they were snapped sharing a hug during a day out together in the West Coast.

New York City also  seems to be a place where Barack and Michelle Obama’s eldest daughter likes to visit with her significant others.

In 2018, the then-19-year-old was photographed walking around the Big Apple with her former boyfriend Rory Farquharson. It is unclear when the Harvard classmates split. 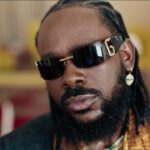