Free Jazz master Ornette Coleman once quipped that “there is no bad music, just bad musicians.” If you know his music and the whole idea of a Jazz freedom, you can understand where he was coming from, but is it true of other musics, too? Well there is much to be said about the virtues of a great performance, but then the music still lurks in its repository on music paper or for folk etc. in folk memory, and of course there is a long tradition of individual rankings of works, for better or ill.

Today’s music offering does not stand or fall on the performances, but they are absolutely key nonetheless. It is an album of compositions by Martin Matalon (b 1958), featuring the pianism of Elena Klionsky. It is a compendium of some four piano-centered compositions, the program as a whole given the title Formas del Tiempo (MSR Classics MS 1789).

All performers and performances are top notch, with Ms. Klionsky holding forth heroically and magically, with Salome Jordania taking the second piano part with a real flair as needed, with the New Juilliard Ensemble under Joel Sachs doing a great job in the chamber orchestral mode as needed, and finally with strong percussion appearances by Eve Payeur and Julien Macedo as called for, and intelligent electronics by David Adamcyck.

The piano parts are virtuostic and High Modern in the most thoroughgoing ways, with clusters, momentum, space travelling and full throttled expresson. All four works bring to us very effective and atmospheric cosmic projecting in ways that make us want to hear it all again and again. I will not try and describe in detail the sequence of each work as it is probably more rewarding just to listen. All four pieces have an original yet admirably Modernist thrust that triumphs thanks to the excellent performances by Elena Klionsky and company. Bravo! 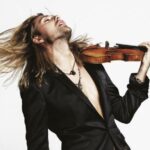 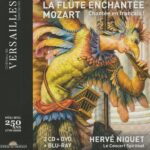