The Covid pandemic of the last two years has drastically reduced live performances, and many musicians have stayed busy making studio recordings. Experimental music has benefited from this with the release of threads, a new CD from Sofa Music by trombonist Mattie Barbier. Recorded at the Tank Center for Sonic Arts in Rangely, Colorado in October of 2020, threads is an exploration of the possibilities of musical sounds when heard in an environment with ‘extraordinary internal acoustical resonance’. The Tank Center facility is built around an abandoned steel railroad water tank some seven stories high making it a unique venue for the recording of experimental music. Mattie Barbier, a talented Los Aangeles-based brass player, is focused on experimental intonation, noise, and the physical processes of sound creation. Threads – and the Tank Center – take his innovative efforts to a new level.

Since its opening in 2014, The Tank Center has been a mecca for sonic experimentation by leading new music artists such as William Winant, Todd Barton and Room Full of Teeth. The Tank acoustic boasts a 40-second reverberating sustain, and this opens up new horizons of expression in recorded performance. Mattie Barbier brings a background of virtuosic playing combined with an extensive presence in the Los Angeles new music community. His dynamic performances with wildUp, wasteLAnd music and Gnarwallaby are widely remembered. Barbier’s powerful trombone and euphonium – when combined with extremes of reverberation – what’s not to like? And how does the acoustic affect the performer? As the liner notes state: “threads is Mattie Barbier’s duo with the unique acoustics of The Tank, where, during the session, they learn how to relinquish the control and directness of playing solo.”

So how does a low brass instrument playing in a giant steel tank sound? The first track of the CD is untitled i and opens with rushing sounds and a deep rumbling bass tones that are sustained for several seconds at a time. The sounds seem to come from the lowest possible pitch register of the instrument and the tones fade in and out, often with a fluttery intonation. The sustained tones allow for unique sonic interactions within the highly reverberant acoustic. There is a powerful feel to this – like some great beast growling in its underground lair. In fact, this recording was selected as audio by the Museum of Jurassic Technology for an on-line event filmed in their Bestiary Exhibit – an appropriate realization.

Filter follows, and this is not dark or primal, but rather includes some higher pitched tones along with the fluttery lower sounds. As with the first track, the tones are long and sustained and there is now a clearly metallic color to the sound. The volume increases and fades but generally becomes more intense as the piece continues, as if we are staring into the bright rays of a sunrise. Some nice harmonies develop by overlap with previously recorded tones in the middle and higher registers. All the sounds in filter are musical, but some are harsher than others, and this makes for good contrast. The high, smooth tones mix with lower ragged sound to form interesting textures. At 11:30, a low roar underneath adds drama and sense of mystery. The tones of filter seem to become thinner as it fades slowly to a finish.

Floating wave, track 3, features a low fluttering sound and varying dynamics. Similar tones – previously recorded and played concurrently – make for occasionally interesting harmonies between the two. The rough musical tones that rise out of this cauldron of low sounds are very engaging, as if seeing beauty in the interior of a volcano. The pitches get higher and less fluttery as the piece proceeds – as if something is trying to form itself out of the chaos. An elementary version of alpine horns sounding across great mountain valleys is heard before the piece fades away at the finish.

Track 4 is untitled iii, and this has more rough flutter but evokes a mystical feeling. We are looking on an alien landscape, perhaps hearing the sounds of large beasts grazing peacefully. There is a sense of power in untitled iii; broad, but without malice. The final track, coda, opens with a sustained brass pitch in middle register, which then breaks into a much lower rumbling harmonic. Soon, clean tones enter, mixing in a nice harmony along with the flutter tone at the bottom. There is an earthy feel to this, perhaps hinting at human beginnings in a dark, wooded wilderness of long ago. The varied harmony and textures add to the inventive character of coda.

This new CD neatly documents the effects of the extreme acoustic environment on the instrument as well as demonstrating the ability of the performer to adapt to it. New possibilities are heard in the sound and an extra dimension of virtuosity is demonstrated by Mattie Barbier in the playing. Threads both illuminates and challenges our expectations at the edge of acoustic extremes.

Threads is directly available from Sofa Music as well as digital download from Bandcamp. 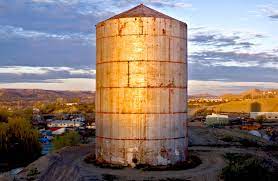 See ‘We’re Going on a Bear Hunt!’ LIVE in Concert at Regents Hall in Oxford Street, London
Share
Previous What Is ASMR And Why Are More And More Musicians Exploring Its Possibilities?
Next 2023 Grammy Nominations Announced in Our Favorite Categories – American Blues Scene