The Parker Symphony is set to play a piece titled La chasse du jeune Henri (“Young Henri’s hunt”) in October by a composer named Étienne Méhul, but who exactly is he? Méhul, born in 1763 in France, isn’t exactly a household name like Mozart or Beethoven and even among orchestral musicians and classical music enthusiasts, he isn’t well-known. This may be because he is mainly a composer of operas. In fact, La chasse du jeune Henri is an overture from his failed opera Le jeune Henri.

Yes, Le jeune Henri was a failure. In fact, the audience hissed at the libretto’s author Bouilly for its poor quality. A reviewer of the time wrote that “it would be impossible to imagine anything worse” and that there was “no intrigue, no action, nothing of interest”. The overture, Young Henry’s Hunt, however, was warmly received and has been performed by itself since the 19th century. Written in 1797, it describes the course of a hunt from dawn to the killing of a stag – based on an incident in the life of King Henri IV of France. Méhul expanded the typical 2 horns to 4 in this piece to depict the young king out hunting with his yelping hounds and hunting calls.

While Le jeune Henri overall was a failure, Méhul was not. In fact, he has been called “the most important opera composer in France during the Revolution”. He was the first composer to be called “Romantic” and saw success with other operas during the 1790’s such as Stratonice and Mélidore et Phrosine. He was a close friend of Napoleon’s and during the French Revolution, he wrote patriotic songs and became one of the first Frenchmen to receive the Légion d’honneur. Besides operas, Méhul composed songs for festivals, cantatas, and 5 symphonies.

Musically he is best known for his experimentation with instrumentation and his pushing of opéra comique (a genre which mixed music with spoken dialogue) toward a more Romantic direction. In addition to his expansion of horns in “Young Henry’s Hunt”, he also eliminated violins and replaced them with violas for a darker sound in his opera Uthal. His music is said to show increased use of dissonance (his First Symphony is notably dissonant and violent) and his deeper exploration of themes of jealousy and rage like in his opera Ariodant are a foreshadowing of later Romantic composers like Weber and Berlioz.

Don’t miss your chance to hear us perform La chasse du jeune Henri in October and if you find yourself in Paris, leave some flowers on his grave at Père Lachaise Cemetery. He is said to have had a lifelong love of flowers. 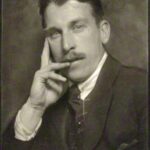