A critically important subset of the country/roots revolution we’re currently enjoying is a crop of women who are fearlessly hearkening back to the very earliest times of American music before it was all corrupted by fads and financial incentives. This is where Sierra Ferrell has found fertile ground, and so has Melissa Carper, who dazzled audiences with her 2021 release Daddy’s Country Gold, which ended up being nominated for Saving Country Music’s Album of the Year. Melissa Carper is hoping to continue the momentum with her new album Ramblin’ Soul due out November 18th via Thirty Tigers.

Inspired by the freedom found in touring and travel, this became the basis for the new record. “Thematically, I had a handful of songs about rambling around and living a free life that I wanted to weave through the album,” Carper says. “I also knew I wanted ‘Ramblin’ Soul’ to have a different feel than my previous release, ‘Daddy’s Country Gold,’ with more upbeat and diverse styles and grooves.”

It may have a different feel, but Melissa Carper called upon the same rather incredible group of musicians that worked on Daddy’s Country Gold to bring Ramblin’ Soul to life. Andrija Tokic and Dennis Crouch of The Time Jumpers co-produced the sessions, with Crouch also playing bass on the tracks. Also featured on the album are Chris Scruggs on guitar and console steel, Billy Contreras on fiddle, Wes Langlois on guitar, Sierra Ferrell and Larry Marrs on harmony vocals, John Palmer on keys, and Matty Meyer on drums.

“It was really incredible and so much fun to hear the songs develop in the studio with a stellar group of musicians and producers all sharing their ideas and bringing each song to life,” says Carper. “They seriously knocked it out of the park. It was truly a group effort. I was blown away by everyone involved and the resulting soulful and joyful energy of the album. I am excited to get ‘Ramblin’ Soul’ out into the world and hope people enjoy it as much as I enjoyed making it.”

Though mostly written by Carper herself, she did have some help from former bandmate Gina Gallina on the track “I Do What I WANNA,” borrowed “Hanging on the You” from frequent collaborator Brennen Leigh, and also recorded “Hit or Miss” by Odetta on the album.

Though Melissa Carper’s solo career is finally starting to take off, she’s far from new to the music scene, playing in outfits such as The Carper Family, The Camptown Ladies, Sad Daddy, and a dozen or so other outfits as an upright bass-for-hire for years. Here lately though, Carper has found her true voice and place in the music world, and with a sound many country and roots music fans are thirsty for. 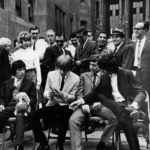 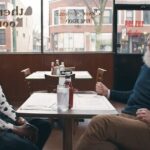 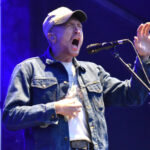