Review by Charlotte Lightbody, with photography by Ginelle Cocks.

Despite the doom and gloom of global news updates, there was nothing gloomy about the thought-provoking rock performance that Midnight Oil put on at Spark Arena last night.

Touring to celebrate the release of their latest album, RESIST – Midnight Oil, one of Australia’s (and the world’s) most beloved bands gave Aotearoa a belated, but warmly received performance.

The show opened with musician and actor, Troy Kingi who warmed up the crowd with a bunch of energetic tracks. This multi-talented man is currently working through his 10-10-10 project which consists of 10 albums, in 10 genres, across 10 years. His values and approach to life made him the perfect person for the task of opening a Midnight Oil show.

The main act took to the stage backed by the image of a clenched fist clasping a human heart. Midnight oil remains what they have always been: A band that openly displays their politics proudly, both lyrically and literally. They are a band for those who care about promoting positive social change. A band who does not shy away from presciently discussing the grim realities of colonialism and climate change – they did it in the 70’s, and they are still doing it now in 2022. Primarily the focus is on the effects both issues have had on the native population of their home Australia. But it’s a message that rings just as true for Aotearoa New Zealand. Just as it does the same for countries further afield, such as the US which they’d toured recently.

We were treated to a medley of tracks from their new RESIST album, laced with a strong throughline of punkish stylings, a rap interlude, and great vocal harmonies throughout. My favourite track of the night however, was Short Memory – a catchy song and clearly a crowd highlight, judging by the energy in the arena.

Peter Garrett (lead vocalist) has retained his jarred, jerky interpretive dance moves. His signature style of movement intentionally falling in and out of time with the beats laid down by his band mates. Older, but still very much the same as the character seen in music videos of their earlier days. This said as a younger attendee: It was great to see so many out that no doubt have been fans of Garrett and the crew over the decades, a group united in their love of politically charged rock music. Between tracks they reminisced together. Garret joyfully noting how great it is to see the recognition of Te Ao Maori finding it’s path back into the New Zealand experience through signage and naming and political reconciliation. The crowd cheered in agreement. At one point he dissed Trump jeering at the poor legal situation he’s got himself into recently, referred to the US as the “United States of Stupid” and he also called out Fonterra for methane pollution. If this is anything to go by, it can happily be said that “The Boomer’s are alright”, this crowd still had energy to fight for a better future. In another callout of the present, he removed his shirt to display an “I stand with Ukraine” t-shirt for a couple of tracks. This band cannot be enjoyed with a closed mind, and that is a big reason why they are loved.

Another highlight of the night were the two incredibly talented female backup vocalists. Towards the end of the show, Peter intro’d the two and sang a duet of track ‘First Nations’ with one of them.

Not only was it a political journey brought to life through music, but it was about loved ones who are no longer with us. The band made a tribute to the original bassist Bones Hillman, a kiwi who had passed away from cancer in 2020. This was followed by a shout out to the new bassist, Adam Ventoura on the 4-string.

After powering through the standouts of RESIST, the Oils blasted through their classic hits like Beds Are Burning, Blue Sky Mine and Power and the Passion to end the show on a high. This really raised the energy to a new level, with the crowd up singing and swaying. It felt amazing to join the crowd and the Oils on a trip back to a time in rock unfortunately not experienced personally.

It was Rob Hirst’s (drummer) birthday and we got an energy-infused drum solo in Power and the Passion which included the iconic drumming and washboard scraping use of a metal water tank. A piece of his kit that would look at home in some sort of outback sheep station setting. Other notable solos made use of saxophone and harmonica. The degree to which it was obvious that even after all these years, the band mates are all still excited and engaged performers, most notable with the gleeful smile on Rob’s face during the entire show.

From start to finish, Midnight Oil delivered a high energy performance infused with bucket loads of passion, every track hammering you with the same message – Resistance against the complacently powerful.

To see Midnight Oil live is to experience a rock n’ roll band who will challenge you, leaving you feeling inspired, empowered and ready to make a difference. The show was an absolute knockout, it’s thrilling to have caught The Oils raging on even after 40 years of making music together.

Were you there at Spark Arena for this powerful rock gig? Or have you seen Midnight Oil perform live somewhere else before? Tell us about it in the comments below! 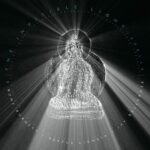 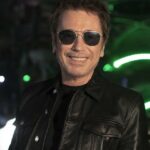