Music Academy in a Field Reveals Many Splendors

The 126,000 square foot “love letter to sound,” with 35 studio classrooms, 2 acoustically tuned performance halls, and 2 multi-use spaces nestled in 110 acres plans to be a gathering place for all to experience private lessons, classes, ensembles, and supplemental learning programs for all ages and abilities, with outreach to the underserved. GHM offer concerts not only by its own Vista Philharmonic Orchestra  and outstanding local and touring professional classical ensembles, they also present high-quality concerts in jazz, traditional/roots, and global music, and have 70+ faculty who teach in a variety of styles as well. Their website has all upcoming performances, faculty, and educational programs. According to staff, the interactive building will encourage musicians, educators, students, and audience members to inspire one another.

Groton Hill tells BMInt that it is thrilled to be part of the Groton community, and back in the town where the original nonprofit was founded. We work closely with the Destination Groton Committee and local businesses to help promote Groton as a destination for fine dining, historic exploration, and outdoor activities.

Upcoming events include concerts by the Handel & Haydn Society, A Far Cry, Danilo Perez, Matthew Whitaker, and LiAnn Rimes. Our summer educational programming will include 14 separate week-long sessions for young musicians interested in honing their craft, including our Ensemble Odyssey, which will introduce young classical musicians to elements of improvisation and dance.

For this writer, the architecture worked at every level, from the dramatic sighting to the plethora of perfectly considered detailing. At every scale the building pleased and inspired, to wit: The intersections of curves in the massive timbers and the absence of polygonal geometry led to an organic sense of being in a forest with a distant sky for a canopy. In the full house Carl Giegold’s acoustics achieved a very satisfying clarity with warmth and evenness of distribution. From every seat I visited the sound always appeared to be coming from the stage. Of course, from row E one experienced a super-stereo spread. Further back in the orchestra blending developed, and from the upper balcony, the sound appeared brighter. Giegold attributed the satisfying bass response, overall decibel level (we measured peaks at 97 dba) to the building’s massive masonry bones. He also told us that there is very little absorptive material, and that proper diffusion and avoidance of parallel surfaces is a major ingredient in his secret sauce. “You might see wood or fabric, but there is always heavy masonry behind it. We lose no energy to acoustic work done on resilient walls.”

After the orchestra filed onto the stage European style, Hangan charmingly introduced Strauss’s Don Juan, the orchestra, and the hall: “Tonight’s concert program is all about your orchestra – the newly-named Vista Philharmonic Orchestra – celebrating its new home, Groton Hill Music Center. The repertoire covers five centuries of composition, with the earliest composition dating from the late 1500s and the most recent piece dating from just 15 years ago. Because of our new home and the exciting future it portends, there was no need to feature a guest artist. The orchestra themselves are the artists!… The swashbuckling Don Juan sets out to conquer the world, has various amorous adventures, but in the end meets his fate in a duel (trumpets providing the knife), the violas shudder, and the heart stops.”

Hangan elected subtlety and seductiveness from the band in evoking the infamous artificer. The massed sound with whatever divisis from the 12/9/9/8/6 strings reached Straussian saturation. Because of the risers and lack of early reflections, the sound came to us person-to-person. The hall welcomed the sound without overburdening it. The story progressed through the well-wrought climaxes and relaxations to the shocking demise with certain inevitability and no unnecessary histrionics. Nancy Dimmock’s extended oboe solos wrended our hearts, and cellist Young Sook Lee made much of her welcome moments. In Vista’s take, Don Juan warmed the new house to perfection.

Gabrieli’s Canzona(1584) closed the first half with its three antiphonal brass choirs in a most brilliant six minutes. Theis brass extravaganza (and we loved the serpent-like bass trombone) might have made for the more conventional festive overture, but Hangan was right to begin by showing off the entire orchestra in debuting the hall.

In between came Mozart’s Divertimento K. 136—its three movements, originally for string quartet from the 16-year-old Mozart scaled up well to the entire expressive string section—and Tan Dun’s digestible Passacaglia: Secret of Wind and Birds (2015). Hangan wrote how Dun “…creates and share the wonder of nature and a dream of the future.” Tan continues,” the piece begins with the sounds of ancient Chinese instruments played on cellphones, creating a chorus of digital birds and moving tradition into the future. The piece builds to a climax that is suddenly interrupted by the orchestra members chanting, reflection ancient myth and the beauty of nature. As it builds, it weaves finger snapping, whistling and foot stamping into a powerful orchestral hip-hop energy. By the end, all cry out as one giant bird, the Phoenix, the dream of a future world.” The piece certainly charmed the suburbanite audience with moments of big band, spaghetti westerns, ornithological murmurations, whistling, cellphones, flutter tonguing and jazzy grooves. Suddenly it all stopped, and the players whispered in haunting sprechstimme before the tympani and jazzy slide trombone introduced a groovy coda which concluded in a shout. Written for youth orchestras, it can be enjoyed by children of all ages.

Anticipating a hearing of the decorative and irresistible Pines of Rome, one always ponders Ottorino Respighi’s possible fascism. His trilogy of Roman tone poems has been deemed “atavistic pageantry associated with fascist propaganda” in spite of the fact that, according to the composer’s wife Elsa, they were actually inspired by his love affair with two Lithuanian sisters in 1913.” That may be consistent with the bucolic recorded sounds of the nightingale which the composer requires and uses romantically. Considering what followed the 1924 publication date, though, it isn’t really surprising that opening of the fourth movement can come across as menacing foreshadowing of the marching black shirts. Of course the work can also be enjoyed as a tribute to the colors and qualities of the orchestra rather to a tribune. On the whole, we enjoyed the decorative somnolence of the first three movements and the wonders of Mary-Lynne Bohn’s offstage trumpet solo, cellist Young Sook Lee again, and Elizabeth Skavish’s celesta riffs. And the geniality of Bruce Hangan hung above all.

Aside from some bass reinforcement, we heard nothing of the virtual pipe organ we had been anticipating (it has little to do in the piece). And many must have wondered what hid behind the very large and rather bland curved screen occupying most of the wall behind and above the orchestra. Let’s hope that the wizardly organ behind the curtain emerges in all its 48-speaker, 41,600 watts-glory when the spotlight turns to it later in the season. We’ll traipse from Boston on March 25th to hear Barber’s Toccata Festiva and Saint-Saëns’s Organ Symphony.

Groton Hill Center impressed us mightily, and not just with the architecture. The vibes among the players, patrons, and the many volunteers reached a very happy crescendo on this festive opening night.

Lee Eiseman is the publisher of the Intelligencer 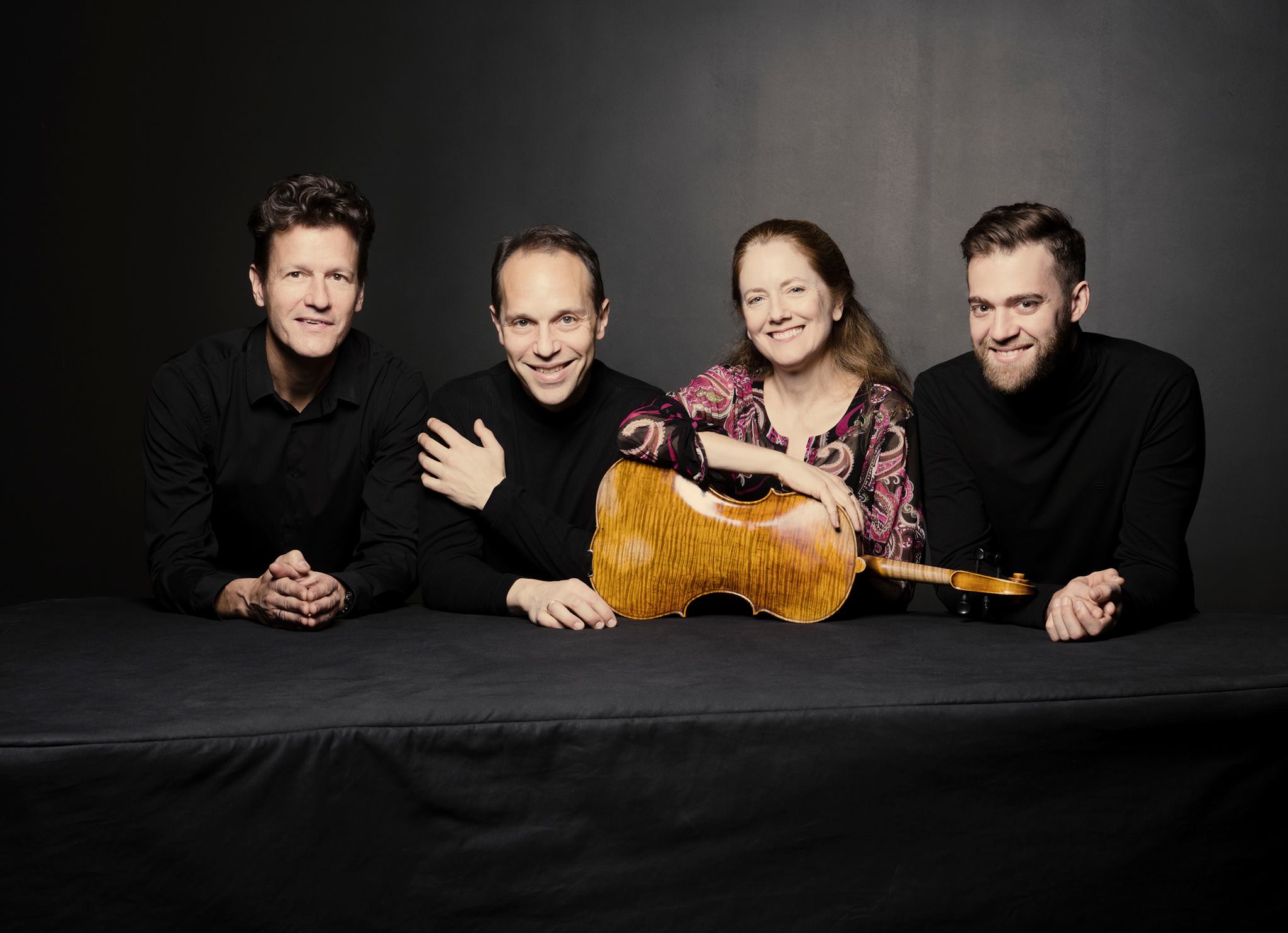 Noted quartet leader dies at 56 – SlippediscSlippedisc I’m not stoned, I’m just writing an opera! Colm Tóibín on how he got diva fever | Opera 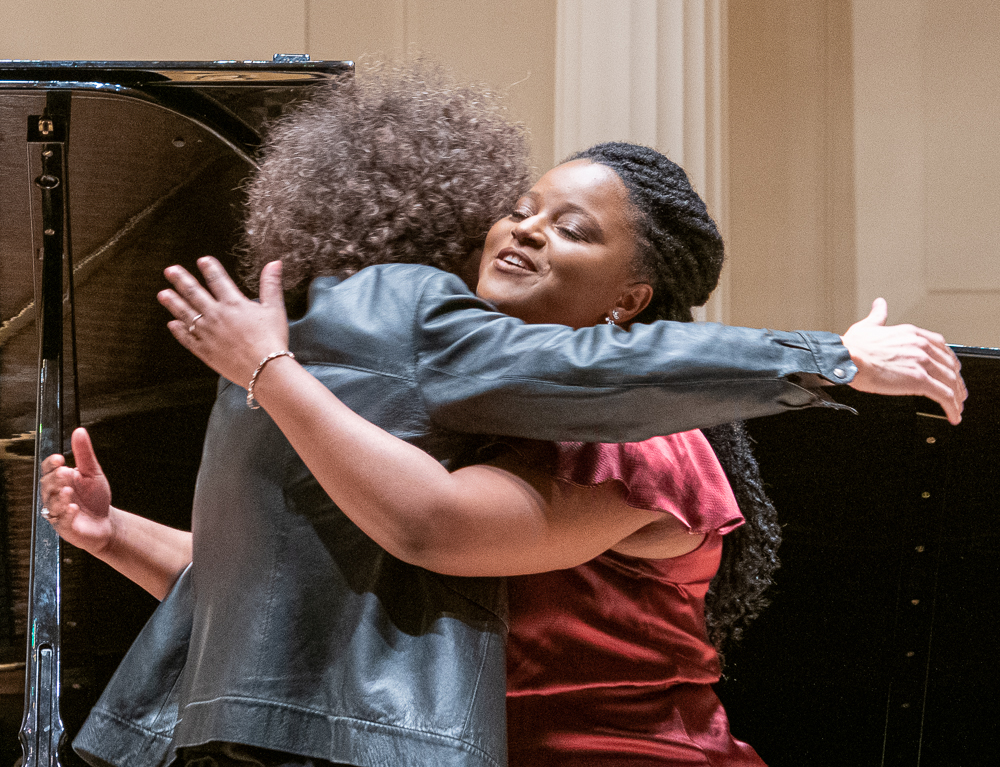 VC LIVE | The World’s Biggest Stage – Vocal Edition
Share
Previous Coke is it? No more. – SlippediscSlippedisc
Next Michael Cleveland, Billy Strings & Jeff White Team Up On ‘For Your Love’