Orianthi drops the fiery, riff-heavy new single “Light It Up”, one of her most compelling tunes to date. Rock Candy follows 2020’s studio album, “O”, released in November of 2020, an excellent modern rock effort that balances Orianthi’s vocal, guitar and songwriting talents while delivering the six-string goods to the world’s guitar fans. She recently released Live From Hollywood, a live effort recorded in 2022 in Los Angeles.

Joining Orianthi on Rock Candy is the multi-talented Jacob Bunton, who produced the album. Additionally, he provides guitar, bass, keyboard, piano, and violin. Jacon Bunton is known in the rock world for his work with Steven Adler, among others. An Emmy Award-winning composer, songwriter, producer, and multi-instrumentalist, his credits include Mariah Carey, Steven Tyler, Smokey Robinson, Akon, Pop Evil, and many more. Drummer Kyle Cunningham rounds out the line-up for Rock Candy.

Orianthi is an Australian export who first garnered notice in 2009 with her debut single “According To You” on Geffen Records, which is now RIAA-Certified Platinum and has over 17 million streams on Spotify, and for landing the lead guitar spot on Michael Jackson’s This Is It tour. She has also played with shock-rock king Alice Cooper’s touring band. She first appeared at the 51st Grammy Awards as Carrie underwood’s lead guitarist and was then chosen by Michael Jackson for his This Is It tour. She has collaborated with a number of artists, including Hollywood Vampires, Richie Sambora, Don Felder, Dave Stewart and James Durbin.

Orianthi’s music has experienced a resurgence recently on the social media platform TikTok, a happening that makes the timeless nature of her work abundantly clear. Her “According To You” hashtag has received over 83 million views, officially making Orianthi a viral sensation. She’s the link between the eternal stars she’s made music with like Carrie Underwood, Carlos Santana, and Steve Vai and the online Generation Z audience currently driving the mainstream music industry. Rock Candy will be her fifth solo album. 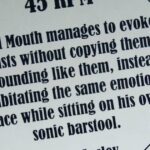 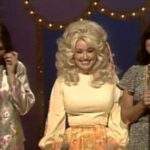 Hamilton Blues Lovers: Support Local Charities
Share
Previous Cardi B Reveals What She Fights For As She Poses With Offset in Revealing Dress That Leaves Her Entire Bum Hanging Out
Next FMG – Dangerous Ft Ninebo Chileshe Mp3 Download