You might have mimed riding a pony, Gangnam Style, in 2012. But some argue that Psy’s K-pop gateway drug was a novelty record and not a true expression of the precision-tooled, gendered group phenomenon that is K-Pop. Sonically, K-pop beats western pop at its own game, taking the busier, upbeat end of US R&B and supercharging it, stuffing each track with multiple melodies, umpteen pre-choruses and, sometimes, a sprinkling of Korean tradition: TikTok was made for K-Pop, and it turns out Korean is a terrific language to rap in.

But there’s much more to Korean music than pop on steroids. The superlative Park Jiha is an ambient producer who combines western minimalism with traditional Korean instruments. The duo Dal:um are even more minimal, trading lines on the gayageum and the geomungo, the spaces as important as the notes.

Korean drama went stratospheric during lockdown, thanks to viral hit Squid Game, but the nation’s TV industry has long been on an inexorable rise. Melodrama Winter Sonata and period epic Jewel in the Palace kickstarted the K-wave in the 00s. Streaming service Rakuten Viki is now home to later gems like romance Guardian: The Lonely and Great God and retro romp Reply 1988.

The K-drama deluge shows no sign of slowing down. Gangster saga Narco-Saints drops on Netflix next Friday. Think Breaking Bad with added bibimbap… 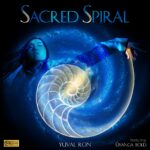