Battling a forecast filled
with rain and a last-minute lineup change, the first annual Bourbon &
Blues Festival co-presented by Linn County Blues Society and Cedar Ridge Winery and Distillery hit the ground running.
The temperamental weather fizzled out early and blues fans were rewarded
with a whopping dose of outstanding music.  Molly Nova and the Hawk featuring
Bryce Janey took the stage first and gave a riveting performance.  Next up was bluesman Davy Knowles, a musician
who Peter Frampton declared “gunslinger/guitarist of the 21st
Century”.  He was an awe-inspiring treat to
say the least.  Danielle Nicole Band
followed and pretty much set the stage on fire with a searing performance
highlighted with a guest appearance from Kevin Burt who accompanied on
vocals.  Headliner Carolyn Wonderland
with Shelly King closed the show in a high-energy fashion with blazing
guitars and a slathering of lap steel.
It really was a great festival, and I’m already looking forward to next
year.

* All Photos by Phillip Smith 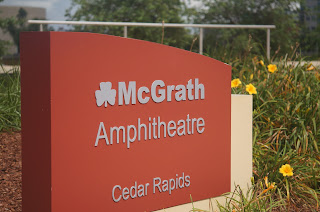 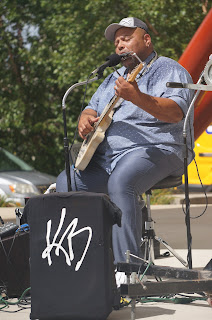 John Németh on how it May Be The Last Time 
Share
Previous The Classical California Ultimate Playlist Goes to the Arcade!
Next [0129] 20th Century Masterpieces : 100 Years of Classical Music. Volume 1