About the track, Lyytinen tells Blues Rock Review, “Waiting For The Daylight starts with a big guitar riff. The intro leads to an airy verse and the choruses are quite heavy and dramatic. The heavy guitar riff repeats throughout the song. I played two guitar solos on the end of the song in the style of Tony Iommi to create tension towards the end.”

“Waiting For the Daylight features a powerful and emotive guitar solo and Erja says the recording process was “emotional.” “I was playing the solo for my friend who died because of a long-term illness. I also poured a lot of the pandemic frustration on this one, so the track became very passionate. In the lyrics, this beautiful creature comes to you on your last day to release you from your earthy pains. The story has a bit of that chivalry romance in some way. We filmed the music video also on the beautiful castle of Raasepori in Finland.”

Erja adds about the song, “My band does an amazing job on the track, with Tatu Back on bass, Iiro Laitinen on drums and Harri Taittonen on Hammond. I also dusted off my violin and played violin tracks to the end of the song. There´s a lot of layers in this blues-rock piece!” 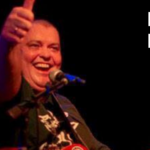 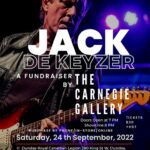