These tracks are not new or even particularly old but a reissue of one of Gerald Donald’s Arpanet releases is always worth talking about and — inevitably — playing.

A core member of Drexciya with the late James Stinson, Donald famously sent a “mysterious DAT tape” to Marc Teissier du Cros of Record Makers, who he’d been communicating with via email about distribution. This wound up being Wireless Internet, the first Arpanet album. Donald’s Arpanet project appeared to be on permanent hiatus when 30D Records released Phases EP in 2018. The split EP with 30D’s 30drop represented the first Arpanet releases since 2006.

And here those tracks are, by themselves on single-sided 12″ vinyl from 30D sublabel ExoPlanets. Titled Hydrostatic Equilibrium (a term from fluid mechanics apparently), the EP contains “Supernova Remnant” and “Main Sequence Star” with original artwork by Gerald Donald. The first track comes in at 3:12 — a virtual invitation to experiment with pitch control — with a bassline that pulses like sonicly rendered supercomputer output. “Main Sequence Star” evokes dread and wonder, locked into a tight groove gradually overtaken by an ambient drone.

⚪️ Disclosure Statement: This record was submitted as a promo by Reflect PR. 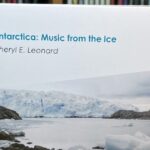 Source: Jazzwise. Albert Ayler was a progenitor of free and spiritual jazz, an innovator whose …