Multi-instrumentalist, singer-songwriter and Grammy winner Yates McKendree dedicates himself to the blues on his debut solo album Buchanan Lane.

Set to drop on October 28th, 2022 on the Qualified Records label, the set is a celebration of McKendree’s talent and his love for American music. It was tracked at the Rock House studio in Nashville, which is owned by his father, who just happens to be award-winning producer, engineer, and piano man Kevin McKendree. Yates grew up there in the studio and clearly has a strong bond with his dad, who engineered these sessions and also contributed some keyboard parts. Though Yates is only 21 years old, he jams with his father with style and grace. Their connection is obvious and enviable.

Yates may be young but his experience as a professional musician goes back more than ten years. Those early days included the experiences of playing regularly in some of Nashville’s most notable venues (The Bluebird Cafe, The Ryman Auditorium, 3rd & Lindsley), North American and European tours, and appearances on national television (Imus In The Morning, CBS Mornings).

While still in high school, McKendree played on and engineered many recording projects, most notably for Delbert McClinton and John Hiatt. In January of 2020, Yates won a Grammy Award for his roles as an engineer and a musician on Delbert McClinton’s Tall Dark & Handsome. He’s got skills on guitar, bass, drums, and piano, an expressive voice, and can write songs, too. Bright future? Without a doubt.

Buchanan Lane is an absolutely cracking set of music that measures 13 songs in length. There are original compositions Yates co-wrote with Gary Nicholson, two new instrumentals, and a batch of well-chosen deep cuts from the stars of blues and soul. All of these were captured with the help of a top-tier studio band made up of Steve Mackey on upright bass, Big Joe Maher on drums, the horn section of Jim Hoke (saxophones), Andrew Carney (trumpets), and Roland Barber (trombones), and the McCrary Sisters on background vocals.

The record begins with “The Out Crowd,” a piano-pleasing tribute to the 1965 Ramsey Lewis hit “The In Crowd.” McKendree is an excellent piano player and throws down all over this swinging cut from start to finish. The elder McKendree adds his magic on the Hammond organ into the mix and the two of them will have you quickly up and moving.

Next, Yates switches to guitar and takes a mighty shot at B.B. King’s 1956 RPM Records gem “Ruby Lee.” We also hear him sing for the first time on this one. Both his guitar and vocal lines scream spot-on, straight-up blues and McKendree demonstrates his mastery of the traditional sound. His original song “Wise” keeps the B.B. King vibe going, dipping into a minor key blues groove reminiscent of “The Thrill Is Gone.”

“No Justice” is a slow, “Stormy Monday-“informed blues that features Yates playing all of the guitar, Hammond organ, bass, and drum parts that you hear. He’s a true multi-instrumentalist who is at ease at any position in the band and makes this one come off like a live recording. When you spin it, you’ll know.

One of the most enjoyable cuts on Buchanan Lane is McKendree’s cover of T-Bone Walker’s “Papa Ain’t Salty.” It’s one of two Walker songs on the album and Yates does a wonderful job of recreating T-Bone’s legendary sound. He and the band rub the pocket just right and transport us back to Walker’s golden era.

Buchanan Lane is packed full of great songs and performances. You won’t want to miss any of them but pay special attention to what Yates does with Dr. John’s “Qualified” and Tampa Red’s “Please Mr. Doctor.” Yates McKendree is a huge talent who is just now becoming known by the global music community. He’s a young man but he will show you the way. Highly recommended. 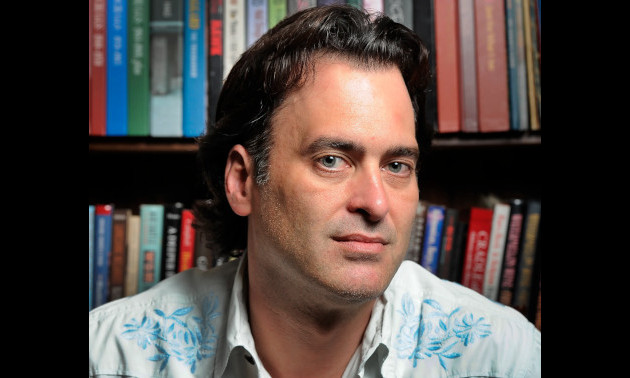