Rubiks Collective: They Swim Through Air

They Swim Through Air heralded another splendid imaginative and engrossing musical experience, given to us in the Primrose Potter Salon by the Rubiks Quartet – Tamara Kohler (flutes) Gemma Kneale (cello) Jacob Abela (keyboards) and Kaylie Melville (percussion, voice and aerial mallet work). The freshness and excitement generated by this ensemble’s commitment and passion for new music is infectious. Recognised and established for commissioning and pioneering original musical forms, in particular those by Australian composers, Rubiks is a risk taking, finely tuned ensemble – great to watch, always admirably supported by a spectrum of colleagues and international composers.

Pythia Prize winner 2021, Felicity Wilcox, was present to introduce her opening work. She spoke of her response to the colours, shapes and lines of twelve paintings by American artist Helen Frankenthaler, loosely described as abstract expressionism, which were each projected behind the musicians. She successfully exploited the essence of each work, varying instrumentation, tonalities and articulations in her musical response to both content and title of each piece. Rubiks’ performers always revel in demonstrating individual technical expertise and sensitivity with improvisatory ideas and inventive, non-conventional use of instruments. The colour of “Italian Beach”, with splashes of red, green, blue and yellow featured vibes, gongs and busy rhythms, with quirky flute flourishes and percussive tones from piano strings, while “Stride”, with two simple broad orange lines allowed solo cello to mirror a broad tone and glissando slides. “Stargazing” featured upper piano rising patterns, glimmering and shimmering above dark bass chordal clusters. “Acrobat” indeed also described percussionist Kaylie Melville’s weaving and dancing with eye-catching precision around marimba, gongs, vibraphone, also using theatrical vocal responses adding humour and quirkiness to the stage. “Geisha” showed the quartet evoking a balanced blend of mystical timbres, with hints of Middle Eastern ostinato patterns and repeated melodic statements on alto flute and vibes. All twelve miniatures were beautifully executed.

Perhaps the idea of composing competitions may be an anathema to those who prefer to compose their work without regulations, but we are in new times where commissions are sought by performing musicians, opening the possibilities for young composers to “compete” for a place in the public performance arena.

In 2010, Natalie Williams won the Iron Composer competition at the Baldwin-Wallace Conservatory, where a one-day project required just 5 hours of composing time before performance, with specified instrumentation required. Her Singing Stones nicely balanced the requirements, adding natural sound sources of stones, tree branches, sticks and leaves in a glass bowl to a trio of flute, cello and percussion. Vibrant rhythm sticks played on a small log added a warm and vibrant contrast to the unique sound of stone on stone.

Also welcomed with much applause was Leah Blankendaal, a composer of electro-acoustic sound works and installations who was inspired by the timbres and tempos in the repetitions she heard in recitations of poems by renowned pioneering oral historian Hazel de Berg. Her work – Beacon – began with single repeated notes on the piano which were recorded in real time on looping software, forming a gentle hypnotic foundation for counter themes, plucked inner piano string sounds and growth. Long, sustained cello tones brought in a new voice, almost as an afterthought, and the underlying looped patterns from the piano provided a pervasive, circular and abstract foundation. I felt a certain restraint and heaviness in the anchored repeated piano theme, a little languorous and stubbornly defying gravity in a lengthy close. Always, the Rubiks Collection gives us precision in performance, a passion for the original language of contemporary composition, and always taking the audience into fascinating and colourful musical textures.

Gemma Peacocke is a highly distinguished and creative composer championed by Rubiks in their programs. Although the title of the final work Sky-Fields is a term mentioned in Tolkien’s Lord of The Rings, the composer’s inspiration came from the vision of a rising morning sun climbing over the mountains, suggesting hopefulness coming with the new day “in the sky-fields”. The quartet released much energy and vitality in an exciting opening of dramatic unison attacks of short, unpredictably spaced continual beats. The added unconventional use of violin bow on the keys of the marimba added vibrant colour to the first movement. Four more contrasting movements were equally stimulating, with passionately delivered new textures demanding new combinations of instruments. Textures ranged from foreboding deep sustained darkness to sections requiring virtuosity and precise ensemble playing, culminating in an ending of syncopated dancing rhythms, joviality and a surprising more gentle resolution in the last few bars.

Rubiks Collective was cheered with long and loud applause by an audience appreciative of their exciting and honest performance of true contemporary chamber music forms, and acknowledged their commitment to ongoing projects such as the Pythia Prize for emerging composers. Once again this was a stimulating musical event. 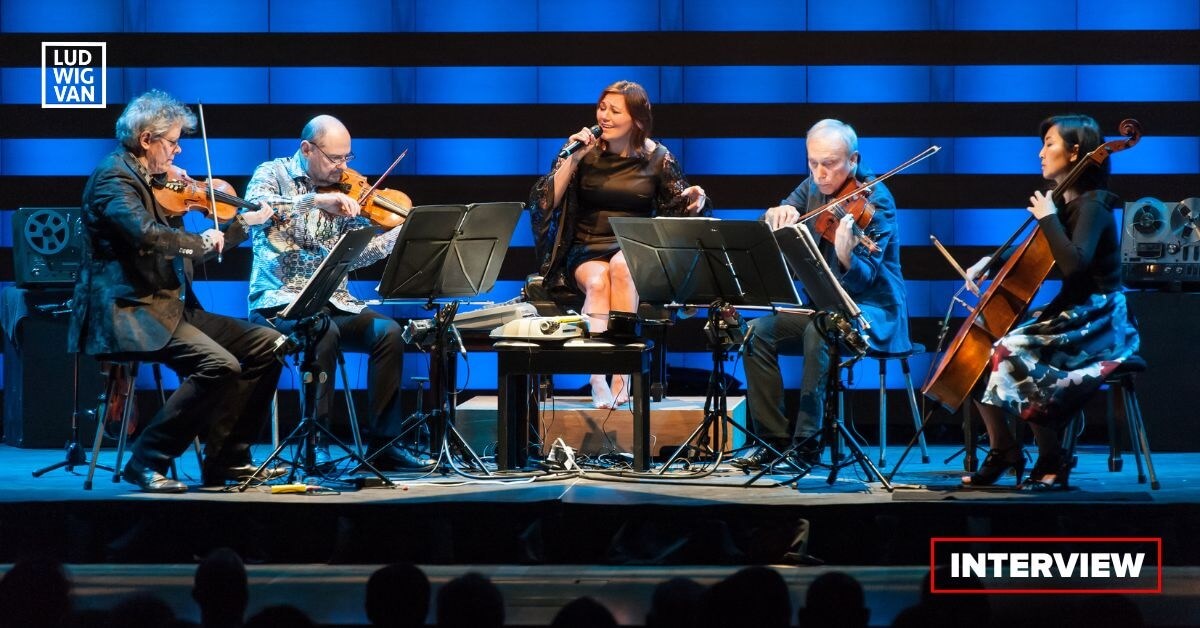 Tanya Tagaq, Members Of Kronos Quartet Talk About Their Toronto Performances In 21C