After being away from British soil for a little over two years, thanks to the Kill Or Be Kind album tour getting unceremoniously cut short by the “you know what” back in early 2020, Kansas City-born blues rock phenom Samantha Fish finally made her long-awaited return to the UK this autumn.

To close out a stint of 12 triumphantly sold-out shows, the final stop of the tour on Thursday October 27th takes her to the South West and to Komedia – a beautifully restored Edwardian picture house-turned-live-music-venue in the heart of the historic city of Bath.

Despite having faced numerous rescheduled dates, Fish’s fans have come out in force, with 800 or so devotees rushing to stake out their chosen vantage point from the moment the venue’s doors open at 7:30pm. Having had just over a year to familiarise themselves with the tunes on 2021’s Faster, the eager crowd seems more than ready to witness their live n’ loud on-stage treatments for the first time. First up this evening, however, are South West natives, festival favourites and purveyors of good vibes, Wille & The Bandits. Led by frontman and Weissenborn guitar player extraordinaire, Wille Edwards, the roots-rock five-piece descend on the stage at eight o’clock sharp and get straight down to business with the seismic riff of ‘Caught In The Middle’. The song also serves as the opener to their most recent release, When The World Stood Still, as well as functioning as an industrial-strength engine for blowing off cobwebs.

They proceed to power through an outstanding 45-minute set packed with gritty vocals, glassy slide playing and plenty of thunderous backbeats. An impassioned performance of their anti-war anthem, ‘Still Go Marching In,’ is a particular highlight which, on this occasion, they dedicate to the people of Ukraine.

While the fate of so many opening acts is to be chattered over and largely ignored, it’s refreshing to see one absolutely captivate the attention of an entire room, and Wille and his bandito bandmates will no doubt leave Komedia with more fans than they came in with. In fact, their uplifting brand of catchy-but-heavy rock n’ roll, and their stellar musicianship, makes them a rather formidable act to follow.

Fortunately, though, this is far from being Samantha Fish’s first rodeo. After just a short break between sets, the woman we’ve all been waiting to see marches onto the stage, clad in skin-tight leather trousers, vertigo-inducing heels and a top so thoroughly encrusted in hostile metal spikes that she couldn’t look possibly look more rock n’ roll if she wanted to.

Slung across her body is her Stogie Box Blues cigar box guitar. It’s a firm fan favourite and can mean only one thing: we’re about to get some raunchy as hell slide guitar riffage. True enough, after a brief exchange of looks between bandleader and band, Fish launches into ‘Bulletproof’ and is met with a deafening cheer from her fans. It’s a foot-stomping reminder of exactly the type of gutsy guitar playing that catapulted her to prominence a decade or so ago. Once the applause and shouts of “I love you Samantha!’ have died down a little, she greets the audience and tells us: “This is the last night of the tour, so you’re either getting our best or our absolute worst show.”

Read on to find out which way it panned out.

After the opener, Fish switches to her trusty white Gibson SG and this guitar gets a solid workout for most of the set. She blazes through a pair of heavy-hitter tunes from 2021’s Faster in the form of ‘All Ice No Whiskey’ and ‘Twisted Ambition’. In doing so, she sets a turbocharged tone for the evening.

A let up in pace comes with a soulful rendition of ‘Love Letters’, which she packs full of expressive and expertly executed volume swells on her guitar. She then follows the song up with the sultry swagger of ‘Chills and Fever’ and the mid-tempo groove of ‘Better Be Lonely.’

This trio of not so fast and not so furious tunes gives a great opportunity for the audience to take stock of the other exemplary musicianship that’s going on up on stage, because – let’s not kid ourselves – it’s difficult to take your eyes off Samantha when she’s shredding it up at full throttle.

To her left stands cucumber-cool bassist Ron Johnson, and to her right we have the talented Matthew Wade on keys and B3 Organ. Behind them all sits the propulsive engine of the whole operation: drummer Sarah Tomek, whose heavy yet nuanced playing style is a real joy to behold.

Being the consummate show woman that she is, Fish next leads the amply warmed-up crowd into some audience participation on what begins as a laid back version of ‘Faster’ but which – true to its name – accelerates through several gears to culminate in a frenetic ball of overdriven energy – complete with matching strobe lights and a screaming guitar solo performed right up at the business end of the neck.

From one album title track to another, the band powers straight into ‘Kill Or Be Kind’, which features some nice keys/guitar interplay between Wade and Fish, and all those tortured, Amy Winehouse-eque vocals (minus North London accent).

The second is certainly the more free-form and jammy half of the set, and an instrumental interlude allows Fish to switch guitars, rehydrate and catch a little break before heading into an exceptional, extended version of ‘Watch It Die’ from 2019’s Kill Or Be Kind.

With room for plenty of fretboard exploration, another volume swell-powered guitar masterclass and heaps of vocal acrobatics, this is a prime example of what you don’t get when you stay home and just listen to the record. Sure, Fish can – and has – performed some of her other songs with astounding studio-like accuracy, but if you really want to hear the songs live and breathe, this is why you go to a show.

Easily clocking in at around ten minutes, and boasting the highest of highs and the most soothing of lows, this dynamic, jammed-out track is the highlight of the set so far by a country mile. Fish is as fully immersed in her playing as the crowd is enthralled by it, and by the time the track reaches its climactic end, she has become a headbanging blur of platinum blonde curls. If it weren’t already a standing show, this would probably call for a standing ovation. Instead the ecstatic crowd shows their appreciation with an ear-popping round of applause and lots of stomping of feet. Fish thanks them for their enthusiasm with a lovely little Anglo-American linguistic mash-up: “You guys are bloody brilliant, as y’all say.”

‘Bitch On The Run’ proves to be another crowd favourite, and the comparatively straight-forward four chord rocker is adorned with a big, overdriven solo – stuffed with pinched harmonics and plenty of classic rock-influenced fretboard histrionics. Angus Young, eat your heart out!

Next up, Fish announces that “We’re gonna do something special,” and the ever on point lighting engineer colours the venue in an appropriately moody shade of blue for a knock-out performance of the Screamin’ Jay Hawkins / Nina Simone classic, ‘I Put A Spell On You’. Whether this is a regular feature of the set or a seasonal special (it is nearly Halloween, after all) isn’t all that clear – or even particularly important – but it’s a spooky and sultry guitar, keys and vocal workout of epic proportions.

As anyone who has (like this writer) taken a sneaky peek at setlists from the rest of the tour might suspect, the opening chords of 2013’s ‘Black Wind Howlin’’ signal the beginning of the end of the show.

Fish instructs the crowd to “give it up one more time” for her stellar band – who haven’t missed a beat all performance – gives a shout out to Wille And The Bandits, and delivers one last incendiary play though of a classic tune from further back in her extensive catalogue.

Taming what feel like frankly dangerous levels of overdrive and feedback, the show ends on a Hendrixian high as Fish, Wade, Johnson and Tomek exit the stage to rapturous applause.

Now, remember at the beginning when Fish warned us that this would either be the very best or very worst show of the tour? Without having – or needing – to be present at the other 11 gigs, take a guess as to which side of the coin flip we’re more than happy to stake all of our gold bars. It has been a truly remarkable performance from start to finish.

Samantha Fish’s tour moves on through parts of northern Europe this autumn, before heading to the U.S., Australia and then back to Europe once more. Tickets for all 2022 and 2023 dates can be found Here. 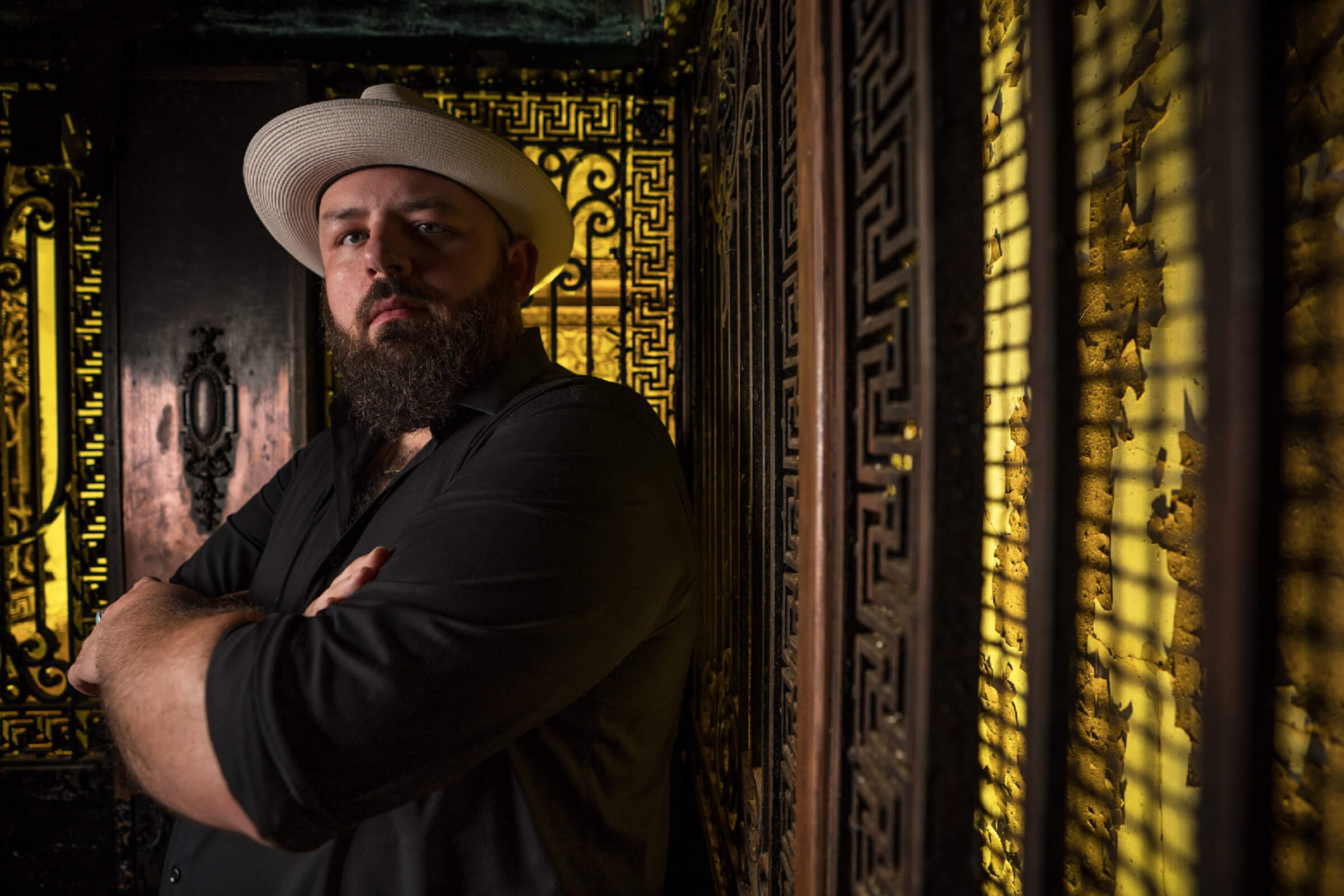 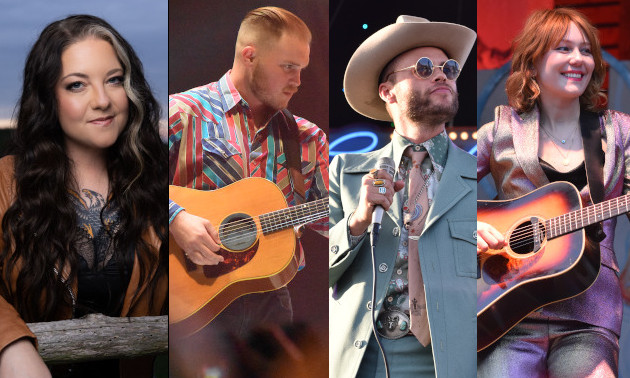 Country/Roots Artists The Grammy Awards Should Not Overlook