There can be few pieces to rival the popularity of Samuel Barber’s Adagio for Strings, be it performed from the ‘original score’ (it was itself an arrangement of an earlier string quartet movement) or in one of the plentiful arrangements of the piece for other forces. Such a level of popularity, however, frequently overshadows other equally attractive works within a composer’s output. Here, then, is a chronological, career-spanning selection of Barber’s perhaps lesser-known orchestral works, to give context and maybe a nudge to further explore his legacy.

Barber (1910–1981) was one of the first students at the Curtis Institute in Philadelphia, where he studied piano, conducting, singing and composition. He proved an exemplary student. His classmates would jokingly refer to the ‘Three Bs’ of classical music: Bach, Beethoven and Barber. His comparatively modest catalogue of orchestral works includes 3 operas, 2 ballets, 2 symphonies and 3 concertos and, although he did experiment with 20th-century compositional techniques, his style generally remained anchored in a romantic vein.

Barber made an auspicious debut in 1933 with his overture The School for Scandal, a sparkling evocation of Sheridan’s comedy that won Columbia University’s Bearns Prize in 1933. Here’s how the work opens.

Barber consolidated that success with his First Symphony, which was given its premiere in 1937 by the Cleveland Orchestra under Arthur Rodzinsky. A subsequent performance in Salzburg later that year attracted the praise of no less a figure than Arturo Toscanini, who commissioned Barber to write for his newly formed NBC Symphony Orchestra. The resulting Essay for Orchestra, the first of three such pieces, premiered in New York in 1938.

The first part of the work opens with richly divided strings that generate a rather fatalistic mood. This becomes more impassioned, reaching a brief Copland-like climax before returning to the opening pensive mood.

Barber’s conscription into the US Air Force in 1943 led directly to the commissioning of his Second Symphony (he was given special dispensation to compose, even as an active-duty airman). The symphony was first performed the following year by Serge Koussevitsky and the Boston Symphony Orchestra. Barber revised the work in 1947, but the piece failed to establish itself in the concert repertory and Barber withdrew it in 1964. Three years later he took the drastic step of destroying the original score and most of the printed copies. Only after his death did a copy surface, allowing the revival of this, his darkest and tonally most forward-looking of his major works.

In the words of the late conductor Andrew Schenk, who spearheaded the symphony’s revival in the late 1980s: “It evokes the majesty of flight, the terror of war, the loneliness of the skies at night, the triumph of victory. For this reason above all, [it] deserves a better fate than the oblivion assigned to it by its composer.”

Here’s an extract from the first movement.

From the 1950s, we have two short works that might not strictly fall into the orchestral category. The first is the Intermezzo from Barber’s 1958 opera Vanessa which is heard at the height of the pathos-ridden action in the third and final act. The opera tells the story of a woman whose lover returns to her snowy abode after years of absence and then promptly falls in love with her daughter. The Intermezzo might be taken as a depiction of the two weeks bridging the preceding and following scenes. In context, it depicts Vanessa, the elder, spurned woman; as an orchestral extract, it is both haunting and gorgeous, as beautiful an orchestral fantasia as Barber ever wrote.

Also in 1958, Gian Carlo Menotti, the Italian composer and Barber’s life partner, founded the annual Spoleto Festival in his native country and liked to present a cabaret-style programme called Album Leaves, at which artists of varying backgrounds presented short pieces (or poems or plays) composed for the occasion, the most notable of which is Barber’s A Hand of Bridge, a nine-minute witty (and somewhat bitchy) ‘opera’ with a libretto by Menotti himself.

Scored for four soloists and chamber orchestra, the work is a quick psychodrama, with the four characters both playing bridge and playing out, in their minds, what they think of each other.  Barber doesn’t shy away from jazzy swung rhythms or overly psychological music, all demanded by the short but cutting drama. Here’s how the piece ends.

My first pick from Barber’s output in the 1960s, fittingly for the current season, is Die Natali, which was commissioned by the Koussevistky Music Foundation and first performed by the Boston Symphony Orchestra in 1960. As the title suggests, the piece draws on Christmas carols for its thematic ideas, dressing them in ingenious harmonic and contrapuntal devices. After the intonations of O come, o come Emmanuel, there’s a set of variations on Lo, how a rose e’er blooming; an appearance from We Three Kings; variations on God rest you merry, gentlemen; a brief pop-up from Good King Wenceslas preceding Silent Night; and, over an ostinato derived from Adeste fideles, the work reaches a culmination with Joy to the World, before a final reference to Silent Night.

Our extract picks up at the entry of The Three Kings.

Barber started work on his Piano Concerto the same year, 1960, and although the first two movements were completed by the end of the year, the death of his sister in July 1961 and an invitation to attend the Congress of Soviet Composers the following year impeded further work on the piece. The finale wasn’t completed until 9 September 1962, just in time for the premiere on 24 September! John Browning was the soloist, with the Boston Symphony Orchestra conducted by Eric Leinsdorf. The concerto marks the zenith of Barber’s public acclaim.

Here’s how the work concludes.

Anthony and Cleopatra was Barber’s second opera. In short, it was a catastrophe. Commissioned by New York’s Metropolitan Opera, it was withdrawn after a single performance in 1966. In the years following, Barber was more of a reluctant composer. He sank into a depression, into an alcoholic despair, rising only sporadically to write a new piece. One of these, Fadograph of a Yestern Scene (fadograph/fading photograph; yestern/yesterday), borrows a phrase from James Joyce’s Finnegans Wake, one of Barber’s favourite books. The music seems to reflect Debussy more than his own previous works, built on slow, impressionistic washes of sound, with large forces yet a spare texture. The Pittsburgh Symphony commissioned it and gave the first performance in 1971. It was the last orchestral work of any scope Barber would write.

Barber was later diagnosed with cancer and, while succumbing to the illness, he was trying to complete a concerto for oboe and orchestra, requested from him by Harold Gomberg, who played in the New York Philharmonic. Originally Barber envisioned a multi-movement work, but as he knew he would not live to finish it, he settled on a single movement, a Canzonetta – and he did not quite live even to finish this; Charles Turner, Barber’s only student, took up the task of completing it. We play out with a performance of the work in its entirety.

“Samuel Barber, the American composer who twice won the Pulitzer Prize and whose Adagio for Strings became one of the most popular works in the orchestral repertoire, died yesterday in his Fifth Avenue apartment after a long illness. He was 70 years old.

Throughout his career, Samuel Barber was hounded by success. Probably no other American composer has ever enjoyed such early, such persistent and such long-lasting acclaim.” 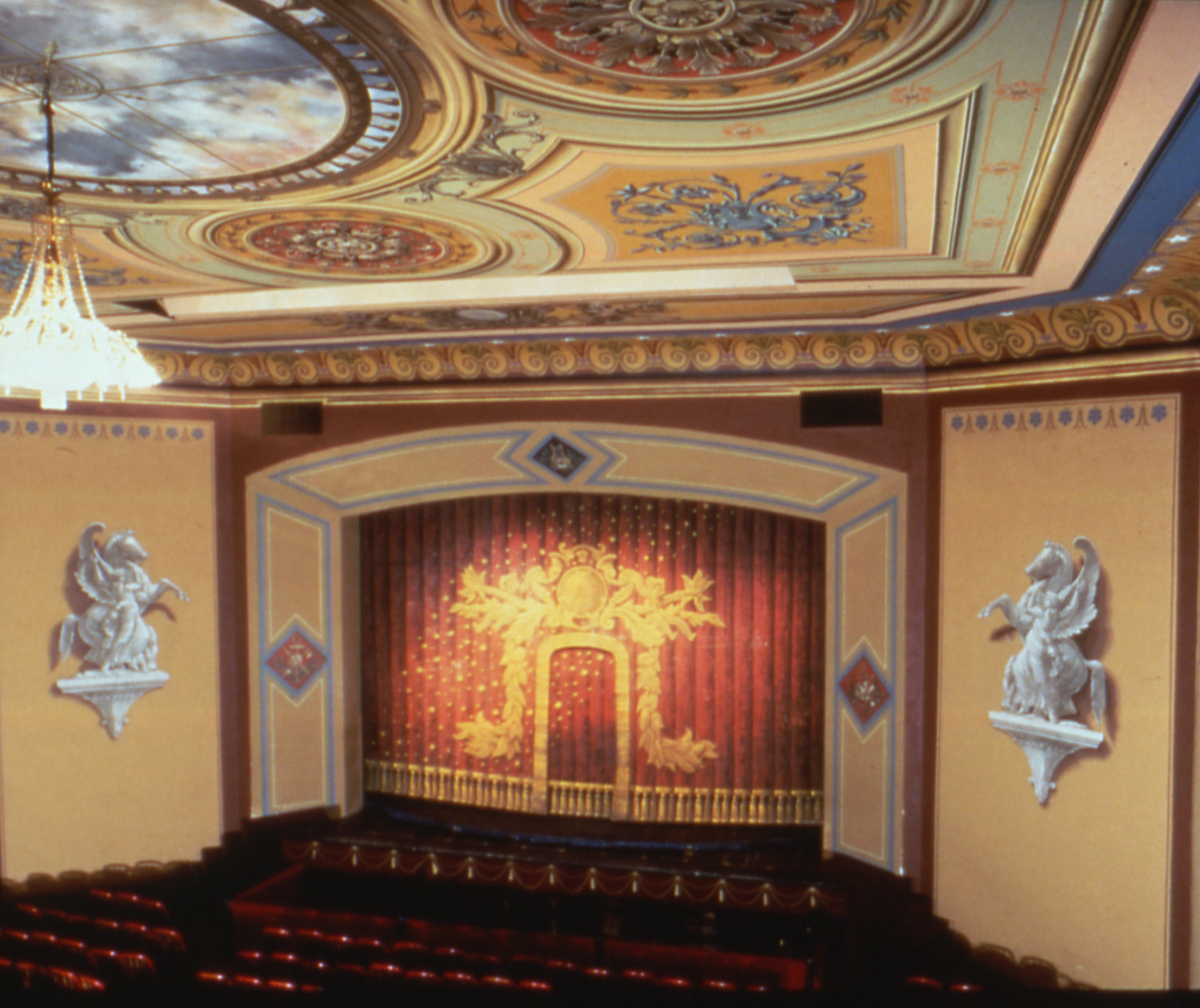 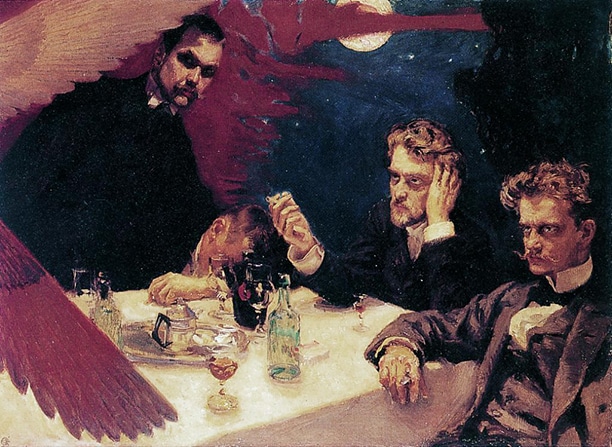 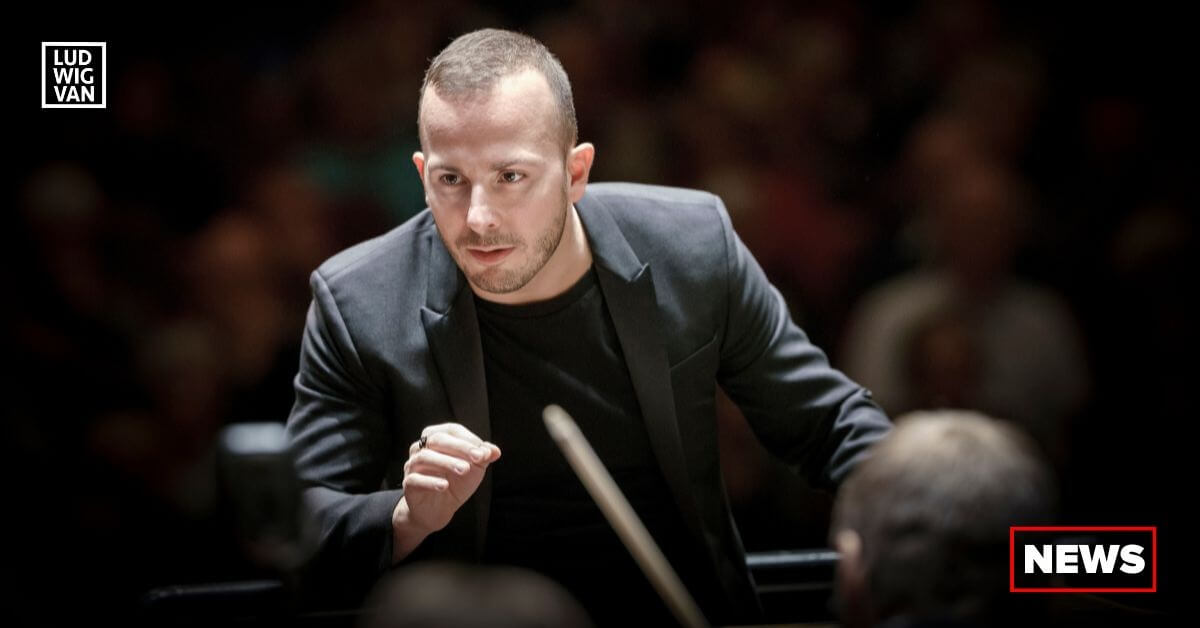 THE SCOOP | Yannick Nézet-Séguin Leads Canadian Nominations For 2023 Grammy Awards
Share
Previous “I’ve Been Dealing With Problems With My Health For A Long Time” Tearful Celine Dion Announces She’s Cancelling Her Shows Due To An Incurable Disease [Video]
Next File Under Favorites 2022: Richard Causton on NMC