The two Honens finals concerts don’t intimidate me after the 30-hour marathon semis. My body is loose. I can’t feel my knees. Let’s go.

We’ll hear all three finalists compete each night. Tonight it’s a chamber music recital, including one of four Mozart concertos performed with the Viano String Quartet (and bassist Sam Loeck, but no winds) and one of two preset menus of Schubert Lieder with mezzo-soprano Krisztina Szabó. It’s a shorter and way more constrained program than we heard in the semis; we are now in the land of close comparisons.

Rachel Breen went first. She began with a spacious and occasionally distant Mozart Piano Concerto No. 12, KV 414. I saw a pasta machine rolling out 16th notes, and the mechanical quality persisted and made this already lightweight concerto unlikely to impress — and she played mostly the simpler cadenzas. The Andante was better, the piano like wounded whistling against broad string brushstrokes, but the finale was haunted by lightness and triviality.

Her Schubert Lieder also lacked the care and colour we had heard from her in the semis, but frankly it was often hard to tell because of Szabó: murky pronunciation, hesitant entrances, and wobbly pitch made her a distraction all night. Each of the pianists added one surprise to their program, like an obligatory encore, and Breen continued the theme of simplicity with a plain but heartfelt Schubert waltz that I didn’t recognize.

Sasha Kasman Laude chose the more difficult Mozart Concerto No. 14, KV 449. It was shocking to hear her first mistakes of the competition (look, a human!) but they didn’t seriously mar an expressive and thoughtful performance. The Andantino had a restrained and elegant embellishment, like watching a master lacemaker, but the contrapuntal finale needed another rehearsal — brilliantly coloured in moments, it was a nervy thing — like a delicate watch about to pop its winding spring.

Kasman Laude chose the same Schubert menu as Breen, and it sounded better the second time around. When programs are so limited that repetition is unavoidable, it is usually an advantage to play later in the night (the balance and cohesion of the quartet + bass also improved with each concerto). Still, the energy came from the pianist; “Gretchen am Spinnrade” was a touch faster, more coloured and bitter, and the storm in “Die junge Nonne” finally threatened, but Szabó’s shaky pitch and mumbly diction remained a frustrating intrusion.

Kasman Laude left us with a mournful performance of one of Nicolai Medtner’s fairytales (Op 26 No 3).

Not all the competitors expected to be here and I’d heard that more than one finalist began their rehearsals this week with a version of, “I’m sorry, I’m not really prepared. I didn’t think I’d make the finals!” Only Illia Ovcharenko played his Mozart (K419) from memory and though I still find Kasman Laude more sophisticated and less showy, he definitely had the strongest night. His Mozart was playful, with shapely singsong phrasing and crispy edges, and he chose the more difficult cadenzas than Breen. In his hands, the Andantino had a piercing, delicious clarity and the finale was more joyful than silly. It was an impeccable performance.

Ovcharenko chose the other Lieder menu and brought a snappy wiggle to “Die Forelle” and a chilling, panicked energy to “Der Erlkönig”. He was in charge, and sometimes played over Szabó in a way that an accompanist ought to avoid, but it was exactly what my ears needed.

The last notes were “Litany for All Souls Day”, one of Liszt’s devotional transcriptions of Schubert Lieder. It was a bit indulgent, but strong — very strong.

The Future is Female piano project 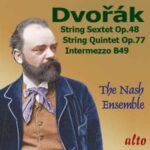 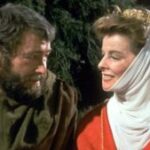