The Grammy Award-winning Pacific Chorale, the resident chorus at
Segerstrom Center for the Arts led by Artistic Director Robert Istad, is
holding auditions for tenor and bass singers for entry in the
ensemble’s 2022-23 season. Singers can apply online at https://www.pacificchorale.org/auditions/. The deadline to apply is July 21, 2022, for tenor staff applicants and July 28 for tenor and bass volunteer applicants.

There is no application fee. In-person auditions will be scheduled in
August on a first-applied, first-served basis. All new singers admitted
to Pacific Chorale, considered among the nation’s leading choirs, must
be fully vaccinated and boosted against COVID-19.

Pacific Chorale is a warm and welcoming ensemble comprised of 220
diverse, accomplished and passionate singers. The choir’s extensive
repertoire ranges from choral and choral/orchestral masterworks to a
cappella treasures and world-premiere compositions. Among numerous
highlights during the 2022-23 season, the chorus will present the West
Coast premiere of Florence Price’s newly discovered anti-war piece
Abraham Lincoln Walks at Midnight setting poetry by Vachel Lindsay;
Jocelyn Hagen’s stunning multi-media work The Notebooks of Leonardo da
Vinci inspired by the iconic Renaissance artist; Duruflé’s Requiem; and
its signature holiday program “Tis the Season!” Additionally, the choir
will appear with the Los Angeles Philharmonic at the Hollywood Bowl in
August and Pacific Symphony in several programs, including the
orchestra’s annual Lunar New Year celebration, a semi-staged opera
production of Rigoletto, and the world premiere of James MacMillan’s
oratorio Fiat Lux.

Pacific Chorale, an Orange County “treasure” with a “fresh viewpoint”
that “can sing anything you put in front of it with polish, poise and
tonal splendor” (Orange County Register), has “risen to national
prominence” (Los Angeles Times) since its inception in 1968. Hailed for
delivering “thrilling entertainment” (Voice of OC), the resident choir
at Segerstrom Center for the Arts is noted for its artistic innovation
and commitment to expanding the choral repertoire. It has given the
world, U.S., and West Coast premieres of more than 35 works, including
numerous commissions, by such lauded composers as John Adams, Jake
Heggie, James Hopkins, David Lang, Morten Lauridsen, Tarik O’Regan,
Karen Thomas, Frank Ticheli, András Gábor Virágh, and Eric Whitacre. 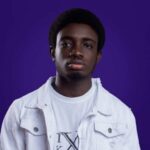 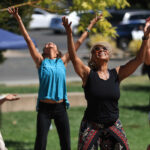 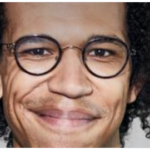