The Classical California Ultimate Playlist Goes to the Arcade!

We’re celebrating the Classical California Ultimate Playlist with a series of fun and informative blogs about the music you love.

Need a dash of inspiration to help you vote for this year’s Classical California Ultimate Playlist? Last year, so many of you let us know that you love video game music just as much as symphonies and operas! Three video games made it onto 2021’s so let’s hear a little more about them, as well as the games that nearly made the cut.

Since 1994, players have been exploring the medieval world of Tamriel in The Elder Scrolls game series. In 2011, we were introduced to the hilly, sprawling region of Skyrim – a land crawling with ghosts, monstrous insects, and dragons. Jeremy Soule’s epic score for the game instantly makes you feel like a hero as you learn to speak with and fight dragons.

Across over 15 mainline entries in the Final Fantasy franchise, Nobuo Uematsu’s melodies are instantly recognizable. He’s perhaps the longest-running video game music composer on the Classical California Ultimate Playlist, beginning his tenure with the series in 1987. Since then, he has built the musical framework that his successors have continued to work from.

The Legend of Zelda Series by Koji Kondo

It’s a melody that we first heard through an 8-bit synthesizer when we turned on our Nintendo Entertainment Systems, and a melody that still makes us want to embark on an epic quest across the land of Hyrule. You play as Link, a young adventurer who must collect the pieces of the Triforce and rescue Princess Zelda from Gannon. Like the music from Super Mario Brothers and Tetris, this is perhaps one of the most iconic musical themes in video games.

But that’s not all! There are a handful that just missed the list this year or made the list last year including…

In 2018, developer Quantic Dream took us to a near-future version of this country, one in which androids have replaced humans in most blue-collar jobs. One day the androids become self-aware and begin to fight for their freedom. This is a story that develops through your choices, and the music follows you on that journey. The score combined the talents of three composers, but it would be the opening title music from the game’s creator David Cage that immediately pulls you in as you follow android Kara through the city streets of 2038 Detroit.

Everybody’s Gone to the Rapture by Jessica Curry

You explore a deserted town in the English Countryside, piecing together what happened to the inhabitants through puzzles, journals, and ghostly flashbacks. It’s a peaceful, melancholy experience that’s lifted up by Jessica Curry’s atmospheric vocal and orchestral score.

Have you ever wondered what it would be like to explore far away jungle ruins, adventure through caves, and unlock the secrets of forbidden tombs? The Uncharted series lets you do exactly that as you become Nathan Drake. The series has taken audiences on globe-trotting adventures and pitted you against some of the scariest foes. Greg Edmonson’s score captures Nate’s heroic spirit – and we’re looking forward to hearing how it’s adapted for the movie version of Uncharted coming next year!

Like Uncharted, Fallout will soon be headed to more screens as a television version of it is in development. Set in an alternate timeline, Fallout is a story-driven series of games where you explore war-devastated regions of the United States and if you so choose, try to make things better. Inon Zur kept his score moody and sparse like the landscape around you. In our interview, he revealed that he created improvised instruments out of things that you would find in Fallout’s wasteland.

ActRaiser first came to homes in 1990 on the Super Nintendo Entertainment System and it was an experiment on many levels, taking elements from other video games and seeing if they could work together. As the player, you create a world and then fight off the evil forces that would destroy it. Yuzo Koshiro’s high energy score was an integral part of the game and is still a favorite to this day.

Is there a video game musical score that you’d love to hear on the station? Make a request! 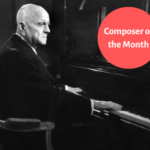 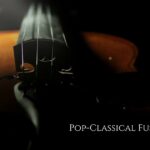