The electric guitar is an iconic instrument, especially in blues and rock music. But the vast majority of guitar recordings rely on the same handful of elements in the form of scales and chord progressions. Where electric guitar breaks new ground is when it is used to create sounds that take these conventional approaches closer to unfettered noise. Two new releases from Relative Pitch explore the outer edges of this well-worn instrument’s capabilities.

Amidea Clotet is intent on generating sounds that hardly resemble that of a guitar on these seven pieces. Aside from the occasional sharp twang of a string being stuck or pitch-bending by way of a tremolo bar, Clotet largely produces textural expressions through the use of her hands and other objects on her guitar’s strings and body. Her employing of extended techniques – guttural distortion, sawing, rubbing, pops, clicks, and squeaks – is so prevalent that anything resembling standard playing stands out. Indeed, she attacks her instrument, though not in a destructive manner but instead to challenge and coax something new from its wire, wood, and electronics. Thus, with the exception of a handful of passages, Trasluz consists of fast-paced sculpted noise that evolves and changes at relativistic speed. Put another way, it is as if Clotet took the experiment solo guitar style of Derek Bailey, subtracted out almost all of the sounds that are identifiable as guitar, and then added a dose of energy to what remained.

In addition to mastering Clotet’s Trasluz, Jon Lipscomb is also an experimental guitarist. On Conscious Without Function, he focuses on spiky patterns and loops, as well as adding trippy amounts of overdriven distortion to his twisted soloing. Alternating between finger-tapping and plucked notes, Lipscomb modulates angularity and harshness. Some of his gentler interludes hint at folk but for the most part his playing is unabashedly free. To that point, he wanders the fretboard seemingly without goal or plan. Clearly, the journey is more important than the destination. Ultimately closer to Bailey than his label-mate but pushing the envelope nonetheless, Lipscomb contributes his own singular and warped voice to the solo guitar oeuvre. 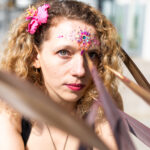 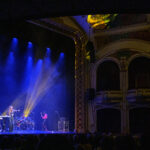