It is the end of an era for the Steve Earle’s legendary backing band The Dukes. The husband and wife duo of lead guitar player Chris Masterson and fiddle/mandolin player Eleanor Whitmore have decided to depart the band. The duo also fronts their own band called The Mastersons when they’re not recording and touring with Steve Earle.

“The time has come for us to end our tenure as members of Steve Earle’s band The Dukes,” they said on October 3rd. “After 12 years and 7 albums, it’s time to move on. It has been an absolute honor and privilege to stand stage right of a living legend night after night. Steve has been an incredible ally and advocate for our bands The Mastersons and The Whitmore Sisters. We have Steve to credit for being the one who prompted us to make our first album, and we cannot thank him enough! We also have an immense love and respect for our bandmates, the crew and the entire team that keeps the show on the road.”

The Whitmore Sisters is another project Eleanor Whitmore started with her sister and fellow performer Bonnie Whitmore earlier this year, releasing their debut album Ghost Stories in January. The Mastersons were easy to spot in The Dukes—Chris with his white hair, and Eleanor with her red curly hair. Stellar musicians, they made up the nucleus of The Dukes.

“This past decade has seen us crisscrossing the globe endlessly, only pausing momentarily to make records,” the duo continued. “We’ve toured though sickness, the loss of family members and other challenging circumstances. We now find ourselves wanting a time to pause, to reflect and to find a way to enjoy the fruits of our labor a bit more. Moving forward ,you will surely see us onstage, hear us on a record and find us out and about with our own endeavors and other artists. We’re just taking a moment to recalibrate and redefine how exactly we’re going to do this.”

Steve Earle started The Dukes after he moved back to his native Texas from Nashville for the first time in the late 70s. Working in Nashville as a staff songwriter, Steve grew frustrated and decided he needed a change. When he came back to Nashville in the mid 80s, it was with The Dukes behind him, and primarily as a performer.

Some long time members of The Dukes have passed away in recent years. Bass player Kelley Looney died in November of 2019. Looney had been in the band since 1988. Steel guitar player William “Bucky” Baxter passed away on August 12th, 2020. Baxter was a co-founder of The Dukes.

Steve Earle mentioned earlier this week on his SiriusXM radio show that his “whole band had resigned via email.” Otherwise, he’s not addressed the departures publicly, or named replacements so far. This past weekend, Earle appeared at Luckenbach TX as part of the unveiling of the new statue of Jerry Jeff Walker and Hondo Crouch. Earle released a tribute album to Jerry Jeff Walker earlier this year called Jerry Jeff.

“Our love for music hasn’t waned, and we are deeply grateful and consider ourselves very lucky to keep the lights on with art,” the Mastersons continued in their statement. “We cherish the experiences we’ve had thus far and the fans we’ve made along the way, who likely discovered us at one of Steve’s shows.” 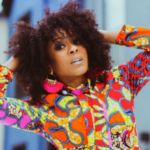