The new Yensa Festival is dedicated to showcasing the work of Black women dancemakers, drawing from Toronto’s rich talent pool as well as beyond. The biennial festival, launching Aug. 13, is a labour of love for Artistic Director Lua Shayenne, who has become a fixture in the city’s dance community.

Her work has been featured in Fall for Dance North, Dusk Dances, and she was co-choreographer for National Ballet School’s Sharing Dance 2021, among other projects. We caught up with her to talk about putting the festival together, and its particular focus.

The Yensa Festival came about as the end result of a process. “In 2018, we had the first iteration — the Wassa! Wassa! Africa Dance & Drum festival,” recalls Yensa’s Artistic Director, Lua Shayenne. That festival, held at Crow’s Theatre, showcased African dancers. “I think how it rallied the community together was really wonderful.”

Based on feedback, she was encouraged to look for funding for a new dance festival. After presenting her piece Kira the Path / La Voie at the Luminato Festival in 2019, (excerpts of which will be performed in the festival), and a successful tour, COVID put a pause on all things dance. However, in the meantime, Shayenne consulted with a wide spectrum of professionals in Toronto’s dance community, and got planning for the festival underway. “I got a lot of encouragement,” she says. In particular, she names Ilter Ibrahimof, Co-Founder and Artistic Director of Fall for Dance North. “Ilter has been mentoring me.”

The result, Yensa Festival, is an expression of community as well as artistic excellence. “It was really the result of deep, deep conversations,” she says. “I believe that any endeavour has to come out of deep listening.”

Eventually, her goals focused. “I came to the idea of highlighting Black female dancers,” she says. It’s a group whose contributions to the dance world have “too often been relegated to the background,” as she points out. Along with performance, she believes it’s important to showcase the underpinnings of dance as well in talks and workshops.

“Black women leaders in dance have a unique approach to their practice,” she notes. In her programming, she was aiming to explore the diversity in that approach. She’s included both local and international artists. “To me, it was important that it starts with us.”

From the artists’ statements…

“I am a spontaneous creative and I pull from what is happening in the room. I love to listen and take inspiration from whoever is there and what they are working with; and guide a process of collaboration to find the language and choreography/movement and sound.” — Jaz ‘Fairy J’ Simone (Toronto)

“My background is in African dance drama and storytelling which continues to be the basis of my somatic-based inquiry. My solo performances are stories which take various forms from movement-based theatre to dance improvisation, performance poetry to promenade theatre. My performances tend to have a psychological edge as they emerge at meeting points between spiritual and philosophical contemplation, internal and external pressures.” — Funmi Adewole Elliott (UK)

“My medium as an artist is amalgamating my knowledge in Afrofusion which is a blend of traditional and contemporary West African dance with Urban, Modern, Latin and Caribbean styles of dance alongside my knowledge as a movement director. Spending years in theatre, I became intrigued about bringing intention into the world of movement. Movement as storytelling is a way to dig differ into the why. Why do we move? Can we be specific with our questions to bring clarity in how we can unlock the possibilities in our body.” — Esie Mensah (Toronto)

“Through dance, we can share a story, culture, and pieces of oneself with others. It allows for a connection with the here and now, the tangible and intangible. There is an unparalleled power and transmission of energy when sharing with a community. Dancing allows for the creation of experiences. Being able to communicate through dance is an honour.” — Aika Mathelier, Executive & Artistic Director, Ekspresyon (Montreal)

The Festival at a glance

The festival will culminate in two performances, each with a unique program.

In the weeks leading up to those performances, the artists will conduct a series of workshops on various dance forms and movements through the lens of Black women and the African diaspora, from dancehall to hip hop and Afro fusion. Dancers at all levels can participate. The workshops take place Aug. 13, 14, 20 & 28; more information here.

After the workshop on the 28th, the ATSIA Circle invites everyone to come together to sing, dance and drum with a roster of the festival’s artists such as international guest artist Ranzie Mensah (Ghana/Italy), and local artists Collette ‘Miss Coco’ Murray, King Chino, Cécé Haba, N’deré Headley-Lindsay and others.

A public talk on Aug. 19 will feature visiting UK artist and scholar Funmi Adewole in a discussion of the issues faced by Black women in dance.

For dancers in the city, there will be spaces for conversations and healing. But, the focus will also be on how the public can be involved via education. “It’s important to create spaces where audiences can find out how they can be involved in growth,” says Shayenne. That includes learning how to recognize racism, and what is often called misogynoir — the particular barriers that Black women face. “Everyone is invited to ask questions, to raise questions.” As she points out, being part of the conversation sometimes means listening as well as talking.

Making connections with the local community is important too. It’s important to be conscious of where the festival takes place, and who is involved. That’s why Shayenne chose to hold the performances and some workshops at Daniels Spectrum in the Regent Park neighbourhood.

Looking at dance through the lens of Black women dancemakers necessarily involves decolonizing the notion of dance itself. As Shayenne points out, it’s only in Western cultures that a separation is made between dance, theatre, and other art forms. In most cultures, they belong to the same world.

“I think Black women in dance are no longer just in dance,” she explains. “They’re in theatre, music. What we are presenting is art. We want to showcase that diversity.”

There is a tendency to relegate Black women into a narrow kind of box of expected behaviours, and dancers don’t escape those imposed limitations. “This festival is definitely a big response to that,” she says. “I don’t think there’s a chance for healing and reconciliation if a large part of humanity is left out.” 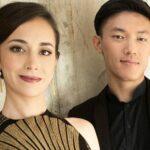 A rebel with a cause: how I breathed new life into Monteverdi’s Saracen warrior | Classical music
Share
Previous Blues Nominees for the 2018 Grammy Awards
Next Tommy Castro & The Painkillers (24 April 2019)