Trailer for “They Called Us Outlaws” Documentary Series Released

As reported by Saving Country Music in July, a new 6-part, 12-hour documentary named They Called Us Outlaws: Cosmic Cowboys, Honky Tonk Heroes, and the Rise of Renegade Troubadours is on the way, featuring over 90 interviews and 75 live performances, with Jessi Colter executive producing, and the Country Music Hall of Fame underwriting the project. The Country Hall of Fame is getting ready to wrap up its current dedicated exhibit on the Outlaw movement on September 30th.

Legendary country performers featured in the documentary include Willie Nelson, Kris Kristofferson, and Emmylou Harris, along with artists who have since passed away, such as Guy Clark, Billy Joe Shaver, Tom T. Hall, Charlie Daniels, and Jerry Jeff Walker. The series will be narrated by Texas music artist Jack Ingram, and Ingram also conducted some of the film’s interviews. The project was directed by Austin-based filmmaker Eric Geadelmann, known for the 2003 documentary The Dance about Billy ‘The Kid’ Roth. He was also an associate producer of the 2015 Hank Williams biopic I Saw The Light.

Though we’re still waiting for details of just when and how the documentary will be released, we now officially have a trailer for it, and it showcases many of the newer artists that the film also features, including Eric Church, Margo Price, actor and Austin resident Matthew McConaughey, Miranda Lambert, Kacey Musgraves, and more. In fact, it’s fair to characterize the trailer as being heavy on artists from the here-and-now.

It’s only a trailer, and a 12-hour film shouldn’t be judged upon a 3-minute video, especially one whose job it is to entice the widest possible audience to get excited about this film. But opening to 2020 CMA Entertainer of the Year Eric Church is probably not the way to get Waylon Jennings fans excited about this film’s prospects.

Eric Church has a complicated history with the “Outlaw” term to say the least. In 2012 when Church was asked by American Songwriter if he though he was trying to cultivate an Outlaw image, Eric Church said, “Oh god. No! Not at all … I’m not into branding what we do, because that just sensationalizes things, when it should be about the music.” Church said this while he was quite literally selling Outlaw-branded merch on his website. In fairness, he talks about his complicated perspective on the “Outlaw” term in the trailer.

The trailer also flashes an image of Eric Church’s notorious Rolling Stone cover from 2018 which falsely portrayed him as an anti-gun Bernie Sanders supporter—an assertion not supported by the article itself, and that even Church himself was forced to distance from. Some country fans still cite the misleading Rolling Stone cover as the reason they no longer listen to Eric Church’s music.

The second artist you see is Margo Price, who has her own history of making false claims, and you later see her on a Billboard cover from 2019 with Brandi Carlisle claiming, ‘The Outlaws Are In.” I’m not sure anyone but Billboard would make an “Outlaw” claim about those two performers.

Who you do not see from the set of modern artists is a lot of the performers who tend to self-identify more as Outlaws, and who happen to have very large followings, and at times hobnobbed with the original Outlaws themselves. Cody Jinks, Whitey Morgan, Dallas Moore, Hank Williams III, and others are noticeably absent. Any film on the history of country music should probably have Marty Stuart in it, and the trailer leaves unclear if David Allan Coe will be included, warts and all. Coe wasn’t interviewed; that much we know.

A list of contributors of the film found in the trailer also verifies that British actor Tom Hiddleston is included, and so is Big Machine Records CEO Scott Borchetta who helped give rise to Taylor Swift and Florida Georgia Line.

But the film also picks up on some of the participants of the Outlaw era that could have been overlooked such as Chris Gantry, Willis Alan Ramsey, Gary P. Nunn, Ray Wylie Hubbard, and Waylon’s drummer Richie Albright. (see full list below)

What an “Outlaw” is and what the term means has always been under dispute, and just because an artist sits for an interview for an Outlaw documentary doesn’t men either they are claiming to be an Outlaw, or the film is claiming they’re an Outlaw. They’re just giving their insight. Hopefully this documentary film series will help define exactly what an “Outlaw” is, but this trailer could very well exacerbate the contentious discussion around it in the interim. And hey, perhaps that’s part of the point—to create a buzz.

But let’s hope the documentary itself focuses more on the artists of the Outlaw era as opposed to face time for some of the more polarizing personalities from pop country and hipster Americana of today, or we could end up with something like the mild remake of the original Outlaw film Heartworn Highways from 2015 which bet big on Jonny “Corndawg” Fritz, Andrew Combs, and Shelly Colvin being the artists to fill the shoes of Guy Clark, Townes Van Zandt, and Rodney Crowell. These situations typify how in this Balkanized cultural landscape we live in today, and how it’s always important to attempt to take a more global view of anything.

Still, let’s all just remember, it’s just a trailer. And though it will stir the pot among actual Outlaw country fans, the intent of this film is to spread the word about Outlaw artists and their defining era to folks who otherwise may not know about them, not preach to a choir.

They Called Us Outlaws is expected to be released in early 2023.

Bluesman: Joanne Shaw Taylor -“Just No Getting Over You (Dream Cruise)” 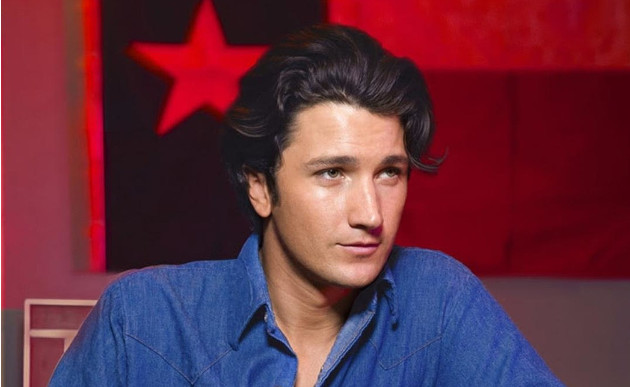