The widely traveled Horszowski Trio, currently the Trio in Residence at Longy School of Music of Bard College, debuted in New York in 2011, and from the first, impressed many with its intensity—both in classical and contemporary—as well as for its breadth and imagination. Trio members Jesse Mills, violinist; Rieko Aizawa, pianist and Ole Akahoshi, cellist, are back to peripatetic lives with more than a concert per week since last New Year’s. The players take inspiration from tradition—Aizawa was pianist Mieczysław Horszowki’s final student—and in finding intriguing blends of contemporary compositions with older works. This year the ensemble presents four themed concerts here in Cambridge; the second, “Circle of Inspiration,” enchanted us with a thoughtful link through Schumanniana and the world premiere of Paul Chihara’s Fantasy, Aka Tombo, or Red Dragonfly, expanded from his 2020 version. Mills, the articulate violinist, who also composes and arranges, introduced the evening’s program with background on its selections and Chihara’s borrowings from and homages to Schumann.

Akahoshi, who replaced the group’s initial cellist, Raman Ramakrishnan, impressed with his truly magnificent “cellismo” tone, along with Aizawa’s masterful collaboration in Schumann’s Fantasiestücke Opus 73 for cello and piano, which soared lyrically. Written over two days in 1849 for clarinet and piano, Schumann noted at the time that cello or violin could also be featured. The three short, emotion-laden pieces—Zart und mit Ausdruck (Tender and with Expression); Lebhaft, Leicht (Lively, Light) and Rasch und mit Feuer (Quick and with Fire)— can move us to tears, especially with this cellist.

Chihara based the name and themes of Aka Tombo, in part, on what may be Japan’s most popular tune, an evocative and wistful melody. The 84-year-old Chihara, who lives in the same New York neighborhood as Mills and Aizawa (who are married), delightfully bounded to the stage to expound on the work. Rofū Miki published his songbook, Shinjujima (Pearl Island) just over a century ago, and the first musical version came from Kozak Yamada in 1927. Expanded and set into a traditional trio fantasy with melodies by Robert Schumann as well, it imparts a peaceful yet sadly longing mood. Chikara noted that his Fantasy includes both touches of Yamada’s melody and soul from Schumann and Brahms.

Clara Schumann penned her Piano Trio in G Minor, Opus 17 in 1817, roughly two years prior to her husband’s trio, and purportedly inspiring it. Her work, with its expansive melodies, delivered with sensitive phrasing, capped the evening marvelously. The initial Allegro Moderato, though filled with lyrical phrasing, has moments of jarring, martial flavor; given the movement’s tempo and form, the group did not find a way to avert that uncomfortable aspect. I found the remainder of the work more pleasing. The Scherzo, Tempo di Menuetto needs to be held together by the pianist, and Aizawa’s amiable playing did so. The third movement, Andante, with its nearly nearly maudlin piano introduction, becomes more opinionated as the strings add their affect. The final Allegretto offers more easy-listening moments than development, though it has contrapuntal sections interwoven. The Trio’s phrasing acquitted the Allegretto well.

Violinist Mills has already had two Grammy nominations. I suspect one of these days he will get one, and so might the entire group. Longy will be hosting the energetic and gifted ensemble twice more this season.

Julie Ingelfinger studied piano at the Hartt School of Music, Aspen Music Festival and School and at Harvard. She enjoys her day jobs as professor of pediatrics at Harvard Medical School, pediatric nephrologist at Mass General Hospital for Children and deputy editor at the New England Journal of Medicine. 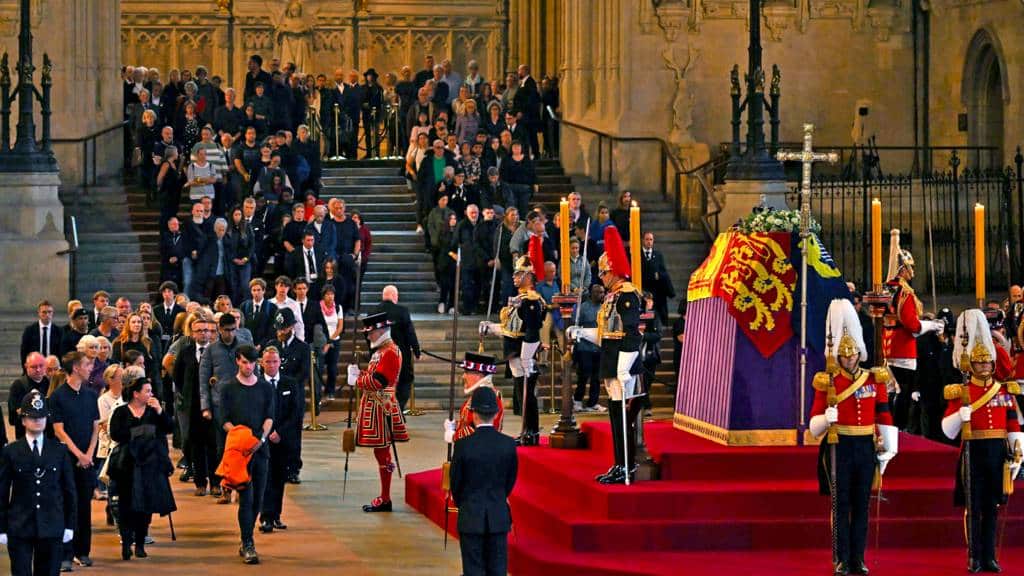 Was it Mendelssohn or Mahler who played Queen Elizabeth out? – SlippediscSlippedisc