It’s reasonable to expect extreme variety and diversity at Ultima, though many of the more conventional concert events i experienced at this year’s festival were a surprisingly mixed bag, qualitatively speaking. The most taxing was unfortunately a concert celebrating the award of this year’s Arne Nordheim prize to Jan Martin Smørdal. In all honesty, i came away with little idea as to why Smørdal was worthy to receive this prize. Pretty much everything featured in this concert felt like seriously reheated ideas one’s encountered far too many times before, for the most part hoping (vainly) that actions might speak not only louder than words, but also than music. In lieu of meaning, Smørdal seemed primarily concerned with entertaining the audience, and in this respect, judging by the array of chuckles that permeated this concert, he appeared to have succeeded. Personally, it seemed less like a prize-winning portrait than a student’s major project, filled with stuff that was depressingly tame, timid and trivial.

The one piece in the concert that wasn’t an aching cringe-fest of hackneyed tropes and vapid contortions was the opener, Répétitions II for flute and electronics, composed in 2021. Superbly performed by Alessandra Rombolà, the work comprised patterns of rapid lip pizzicati captured in an ever-extending sequence of loops. It was captivating to hear past phrases being continually repurposed and reshaped by present ideas, particularly when Rombolà seamlessly switched between flute and piccolo, and at the close of the work when everything was reduced to soft whistles. It was the one piece in the whole evening where an inherent sense of fun was perfectly aligned with a cogent musical argument. Perhaps Arne Nordheim might have approved… but who can say?

Another curate’s egg concert came courtesy of Cikada on Sunday afternoon. The focus of the event was on Qasim Naqvi, though the three works of his that we heard (two new transformations of the Agnus Dei plainchant for electronics and strings plus a string-only arrangement of an older work) were utterly boring. The fact that chant formed the basis for his pair of Agnus Dei Transmutations was utterly moot, since at such glacial non-speeds as these it could have been based on absolutely anything, reduced as it was to little more than just a blank mush. Perhaps Naqvi believes there’s profundity to be found in this kind of formless noodling, but it was impossible to hear it as anything other than just ponderous and empty. Infinitely more engaging was, again, the concert opener, Salvatore Sciarrino‘s 1987 Piano Trio No. 2. Violinist Karin Hellqvist and cellist Torun Stavseng brilliantly emphasised the precariousness of the music, first delicately balancing on harmonics, later dancing on them. Kenneth Karlson interpreted his role at the piano as that of provocateur, firing gestures at the others, seemingly in the hope of knocking them both over. Only half-heartedly, though, as the conclusion could hardly have been made more united and playful.

One of the most striking – in every sense of the word – performances at Ultima 2022 was also, on the face of it, one of the simplest. The festival began with a rendition of 180 Hammer Blows Against the War Monkeys by Danish Fluxus artist Henning Christensen. It was originally performed by Christensen in 1988 in Berlin as an anti-war demonstration; whether or not the fall of the Berlin Wall the following year was in any precipitated by this action is debatable. Either way, with both that potential power and the ongoing war being raged by Russia against Ukraine in mind, the work was presented again, this time by Christensen’s son, Thorbjørn, in front of Oslo’s austere town hall.

There was something almost biblical about such stark, simple action, regularly thwacking a slab of metal with a large sledgehammer. Christensen became like a latter-day Joshua at the battle of Jericho, performing an ostensibly futile, even ridiculous ritual that, unbeknownst to anyone else, tapped into some deep, elemental power. With each hammer blow, preceded by a number count and followed by a burst of electronic noise, there was an implied accumulative effect, the impacts joining together to form something altogether more massive and unwieldy. Witnessing Christensen pound relentlessly away was like a small-scale analogue of the tenacity the world needs in never ceasing to stand up to, and pound down upon, all dictators and tyrants. It took a year for the 1988 performance to have its effect; one can only hope this one will achieve its end very much quicker.

It was fitting that the evening began with such a blunt, ritualistic statement as this. It was immediately followed, inside the Town Hall, by a rare performance of Iannis Xenakis‘ 1960s music theatre work Oresteia. By turns primordial, primitive and primal, conveying not so much a narrative as a blunt force sequence of trauma and triumph, i’m not sure i’ve ever experienced a work that so completely managed to sound equally as if it could date from antiquity or have been composed last week. Accompanied by a dazzling light display across the inner walls of the Town Hall, it provoked a profound sense of culture shock, being confronted by music that sidestepped traditions of storytelling and word painting and tapped straight into heartfelt emotional communication. It felt as raw as music could possibly get.

While the chorus (Det Norske Solistkor) and ensemble (Oslo Sinfonietta) accomplished the world building and a representation of the populace, the extent of that rawness only became fully apparent through the work’s twin mouthpieces, Kassandra and Athena. Nicholas Isherwood’s portrayal of Athena was sober yet unlimited, transcending boundaries and conventions of gender, register and behaviour to the end of articulating awesome truths encrusted with scarlet and gold. Yet this was as nothing beside Seth Carico’s astounding Kassandra. In an aria to end all arias, Carico unleashed a stream of emotional consciousness as if not only Kassandra’s life but his own also depended on it. Heartfelt, desperate, histrionic, tender, imploring, angry, forlorn, spasmodic, lyrical, masculine, feminine – Carico moved through all these and other states with complete fluidity. Though lengthy, his solo proved endlessly arresting, catching us all in an unstoppable torrent / tirade of shrieks and bellows, utterings and entreaties, provoking similar extremes in the instruments, sending them to their registral limits – all piccolos, contrabassoons and tubas – with the percussion punctuating everything with portentous thunderclaps.

Having hitherto largely avoided even the slightest hint of an even vaguely recognisable notion of sentiment, Xenakis brings Oresteia to an optimistic conclusion, ending in joy and peace. That ending triggered what was, in this context, perhaps the most mind-boggling moment of all: a complete breakdown of the work’s dark severity, as all the players let fly raucous improvisations while the singers – now including a children’s choir – ran amok round the space, wildly celebrating and dancing in the aisles. Here was optimism and catharsis at their most shatteringly authentic. 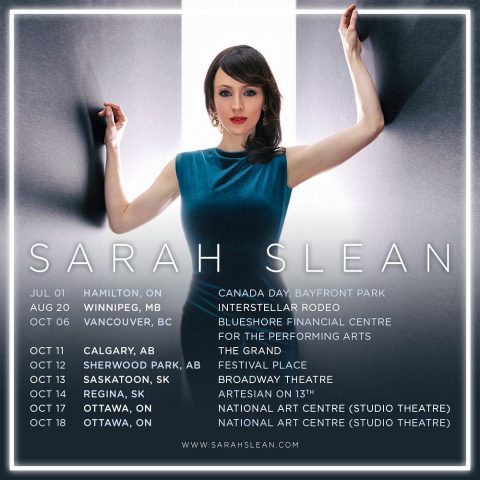 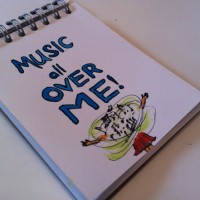